Negotiations is one of those everyday ‘soft’ skills which the majority of people have some experience of but have probably never studied formally. This article will look at how to prepare for negotiation. It stems from a discussion that I facilitated as part of a ‘negotiations workshop’ for a start-up accelerator programme. At the end of the workshop, the group brainstormed how they would prepare for their next big negotiation – possible context being in Sales, Procurement, and Investment or with individuals on their team.

Business Dictionary.com defines Negotiations as a bargaining process between two or more parties (each with its own aims, needs, and viewpoints) seeking to discover a common ground and reach an agreement to settle a matter of mutual concern or resolve a conflict.

Here are the six ‘top takeaways’ identified by the startup group (each of equal importance):

# 1. Walk in the shoes of the other party

A theme of the day was that the ‘normal’ way to negotiate, where each party takes a position, tries to defend it and bargains their way to a meeting point that the other party can agree to, can lead to unsatisfactory agreements where one or more parties is not happy. The agreement may not be durable with future relationships jeopardised and/or communication channels damaged. I am a strong advocate of understanding and applying Principled Negotiations as outlined in the brilliant book by Roger Fisher and William Ury (2nd Edition 1991) Getting to Yes: Negotiating Agreement Without Giving In.

It is within the context of striving to achieve Win-Win outcomes, as discussed in Getting to Yes, that it is important to take time in advance to understand the interests of other parties to the negotiations. So in addition to knowing what you want and need from the negotiation, I suggest that you think about the pressures they are going to be under in terms of ‘selling’ the deal to whoever they report to. This allows you to think about how you can meet their legitimate interests as part of the discussions.

# 2. Brainstorm your best alternative to a Negotiated Agreement (BATNA)

The traditional approach to negotiations is to consider both the highest and lowest points with the intention of pressuring the other party to meet your desired point. Most people understand that there is a point at which they need to be prepared to walk away. However, most ‘bottom lines’ are set arbitrarily and therefore inhibit creative approaches to reaching ‘Win-Win’ situations as people become locked into them. BATNA – Best alternative to a negotiated agreement – is more subtle in that it challenges you to think about what you would do if an agreement is not reached. A simple example is that a person selling a house has the alternative to rent it. Understanding the BATNA of the other party also gives you more power in the negotiations. After all the reason everyone negotiates is to produce something better than the results that can be obtained without negotiating.

Every business owner or negotiation representative needs to be fully cognisant of the finances that apply to the negotiation. It is suggested that multiple pricing options be examined in advance such that creative solutions, that arise as part of the negotiations, can be quickly evaluated in terms of financial impact on your business. It is also important to understand that price, contrary to popular wisdom, is not the number one factor in all procurement or negotiation situations.

# 4. Think about how Objective Criteria can be applied

It is very important that parties to a negotiation perceive that they have secured an equitable arrangement. The application of objective criteria can ensure a balanced agreement is secured between parties particularly where one is seen as being more powerful than the other. Referring again to the ‘selling the house’ example the market rate for the type of house in similar locations provides a benchmark for the negotiations. The opinion of independent third parties, and custom and practice are also valid as Objective Criteria.

The discussion of objective criteria leads to a shared understanding of the ‘spirit of the agreement’ which is important in ensuring that the agreement is implemented correctly. The output of most negotiations tends to be an agreement that is documented in an agreed format such as a service level agreement (SLA). In advance of negotiations it is important to think about the format for the proposed agreement and what may or may not be included.

# 5. Decide on your ‘Openness Strategy’

Several of the participants described how they had been ‘burned’ as part of negotiations and business dealings. There is a natural concern that if they are open with information on their business that the other party will use that against them. It must be acknowledged that some parties will not approach negotiations with a collaborative mindset. Some people believe that they have to adopt a hard-line stance and use low or high ball tactics or Good Cop/Bad Cop routines.

Being aware of these negotiation tactics is the first step in deciding if these are the type of businesses you want to be involved with. You can then decide if you want to influence or even negotiate on how the negotiations will take place – by getting everyone to agree to openly discuss their interests and to brainstorm options of mutual benefit.

Counterbalancing the concern of start-ups that they could get ‘burned’ is the realisation that they have to be open with confidential business information in order to close deals. For instance, some businesses will want to know how you make money – to understand your business model – before taking a decision to invest in a shared future by placing an order or entering into some other form of collaborative arrangement. Revealing this information carries risks but not revealing it carries other risks.

Our group decided that as start-ups that they needed to be open and that the best approach is to set an open tone initially and then match the level of ‘openness’ of the other party.

Skilled negotiators bring a range of skills and most importantly a mindset to negotiations. In almost all negotiations a value is placed on the relationship which is established and/or maintained as part of the engagement. People like to do business with people that they like. It is important to select a team that can build rapport as part of the negotiations and one which fully appreciate the culture of the other parties.

Related:  The Brits vs the Americans – spot the differences

If you have retained advisors, it is important to understand their motivations. A theme of ‘Freakonomics: A rogue economist explores the hidden side of everything – Levitt and Dubner’ is that your paid agents may not share your motivation or attitude to risk and will have a different view on proceedings.

I shall leave the last word to John F. Kennedy, former US President.

I enjoyed the delivery of this Negotiation training with the startup group and I think that these six points are a good starting point on this topic of how to prepare for negotiations – I look forward to the comments of the Tweak Your Biz community. 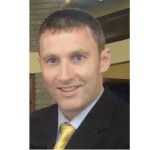 4 Of The Best Ways To Get A Pay Raise