Are You The Boss From Heaven or Hell?

One of the most thrilling moments of a growing small business is the moment you hire someone to work for you. Not a contractor. You’ve got a full-fledged employee!

And then, you realize you are someone’s boss. A boss? That sounds so much less romantic than Leader and not anything like Manager. For some, it brings to mind images of a large, cigar smoking grumpy guy barking orders. (Is there a female equivalent of this image?) These people like being in control of their fiefdom.

See, the challenge is that power corrupts. Even when you don’t intend to act like a, well, you know, you can start believing some foolish things. Like your employees should be grateful they have a job. Or that they are expendable. Or they are incapable of doing their work unless you are constantly checking up on them.

But I’d never do that, you say

In the beginning, it can be smooth because there is still the memory of life “before you hired…” The thing is, all of us have a side of ourselves that can get impatient or anxious. Some of us can even get a little drunk on the idea of having so much say over another person’s life. Any of this can make for less than stellar interactions that would never get high marks in the emotional intelligence world. And there is the reluctance to notice where we might fall short in our own image.

However, letting that reluctance gain any strength will become an albatross around your neck eventually. Think of all of the people you’ve worked for. What did your bad bosses do that made it so awful? What did your good bosses do? My first bosses were a team of cooks. I worked in a kitchen as a dishwasher and eventually worked my way up to food prep. They were good because they were very clear about their rules and expectations. Another good aspect to working for them was they let you know when you did a good job. There are things I do to this day in my home kitchen that I learned from them.

As I think about my bad bosses, I encountered more of them in my professional positions. I’ve worked for people who would have made great dictators of small countries. I kid you not! The fear they inspired in myself and my colleagues was palpable every day, even when they were not in the building. The high level of politics and turnover was draining and demoralizing. People spent more time making sure they covered their backsides than in providing good or caring service to the clients.

There is the other side when bosses don’t do their jobs. I call them the Do-Nothings. I have this good friend who works for someone who doesn’t seem to do anything. Imagine working for someone who doesn’t respond to your emails or phone calls nor does he respond to communications from customers? My friend was telling me that his boss doesn’t even interact with customers even when a customer is seeking to purchase something. Would you want your employees to describe you as pleasant but useless? We can be too nice and not provide adequate accountability to our direct reports. We can even be too afraid to be explicit in our expectations. Again, the reluctance to examine our own beliefs and performance of how we lead and manage can lead to disastrous results.

It’s up to you

You can be boss who accords all employees with respect and dignity. The key to this lies with you. Stepping up as Leader and Manager is a huge transition. Taking on the role of boss will teach you things about yourself that can be useful and enlightening. Are you willing to look in the mirror? Will you be the boss from heaven or hell?

What kind of boss are you? 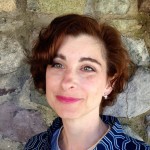 The Inconvenient Truth About Managers That We’re Avoiding Build a Digital Marketing and Sales Funnel for 2017