Earlier this month in New York City, the so-called “

Getting paid is on top of the list of those uncertainties, but even with honest paying clients, there’s plenty to worry about: will you be able to find enough work to make a steady income, how can you deal with over-committing to multiple clients and so on.

A closer look, however, shows that many of those issues only worry those who look at freelancing from the outside.

In reality, these days freelancing is becoming everything people hoped for. Several recent studies and surveys find that freelancers are able to earn more, work less, and feel more satisfied about their work.

Is freelancing a better life? What people are saying

According to the “Freelancing in America” report published by Upwork and the Freelancers Union, for example, 79% of freelancers feel more respected, engaged, and excited to start each day.

Finding your next project is becoming increasingly simple too. Mostly thanks to the many freelance marketplaces that appeared in recent years. From Upwork, Freelancer.com, Fiverr, to more occupation-specific platforms such as 99Designs for creative work and WeGrowth for marketing professionals.

Listening to what people say is one thing. Observing their choices and behaviours is another. Here too, the data indicates a favorable trend: between 2014-2016 up to two million people in the USA left their full-time jobs to become freelancers.

Are the revenues worth it?

When it comes to income, the majority of newly-minted freelancers report that they were able to increase their income within a year from leaving their full-time positions.

The increased demand for freelancers clearly support their statements. IT experts, programmers and web developers are in the best position. There has been a 100-200% increase in demand for their services in last few years, according to data from Elance, another popular online freelancing platform.

Glassdoor, a well known job hunting and recruitment site, let’s us have a peek into how that increase in demand translates into income. So, for example, web developers are on average paid around $6k per month.

Also well-off are various translators, digital marketers and social media experts. The demand for their services is also growing. According to Glassdoor, digital marketers can expect to make around $3K per month. Copywriters are within a range between $1-3K, although some redditors pointed out to this author that those estimates are a bit low.

As for graphic designer and multimedia artists, who are also seeing increased demand for their work, they can expect to be paid anywhere between $2-6K per month.

With those encouraging statistics in mind, starting a freelance career could be as easy as registering an account on Upwork, Freelancer, Outsourcely or all of them together.

Most people start by freelancing part-time in their off-hours. In fact, 35% of the US workforce reported that they freelanced on the side in 2016.

And why wouldn’t they? Moonlighting not only increases your income and makes you less dependant on your 9-5, it also broadens your experience which makes you more valuable to your employer.

Starting small by doing some freelance work on the side is a great way to discover any potential gaps in your skill set. Long-term company employees tend to develop domain-specific skills highly adapted for a particular environment. Those people occasionally find that they are not completely compatible with the free market one faces as a freelancer.

Freelancers in this situation are turning to online education platforms in order to upgrade specific skills, get credible cerificates, or just to get their bearing on the skills and requirements imposed by market trends.

This is why MOOC and online learning websites such as Coursera, Udemy, Lynda and others are becoming increasingly prominent. That said, a lot of those platforms are struggling with staggeringly low completion rates (5.5%, according to a 2017 study from EDX and MIT).

And while the MOOC concept has been reevaluated in the media, alternative approaches to online learning are starting to appear. One such service is Zeqr, an online marketplace that brings together experts and knowledge seekers for live video calls — be it classes or consulting sessions.

This is the time to start freelancing

NYC’s “The Freelancing Isn’t Free” Act — even though it sets a legal precedent that will make life easier for an increasingly large freelance work-force — is just the latest of many encouraging trends in the freelance economy.

People no longer need to be close to each other to work together as a team. Software tools for organizing teams and projects are mature and sophisticated, allowing us to have the best of both worlds: the value-generating synergy that comes only from teamwork, plus the individual creativity that can only spawn from deeply focused work of a dedicated individual working in a comfortable environment.

If you always day-dreamed about striking out on your own, working from either your home office or a coffee shop, 2017 might just be the year to take action. Start small by carving a few hours for moonlighting gigs. Use that initial feedback to improve your skill set and fix your weaknesses, and you’ll be steady on your way to go full freelance. 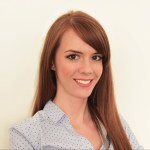