There is no denial of the fact that the e-commerce industry has seen a huge leap in the recent past. In Southeast Asia, where there are several offline stores, the rift between online and offline stores has garnered negative impact and now e-commerce giants like Amazon are trying to mitigate this impact through a new strategy of offline-online store integration.

E-commerce has been growing with innovations and an increase in network capabilities in the Southeast Asia region. It is an extremely dynamic market with fragmented sections of many market leaders and coexisting business models.

The surge in the e-commerce markets is due to a rise in the usage of smartphones. In Southeast Asia, the internet is mobile and smartphones are more accessible and affordable.

“How do we leapfrog? For example, in Southeast Asia, we bypassed the PC era, going straight to mobile technologies”- Reuben Lai, senior managing director of Grab Financial.

With 90% of consumers connecting to the internet through mobile, it is no wonder that smartphones have garnered the e-commerce surge. From ride-hailing to food delivery and from online stores too, Southeast Asia has become a breeding ground for e-commerce and gig economy.

Offline stores in Southeast Asia and other Asian countries are trying hard to battle it out with the e-commerce giants. Many such retailers and store owners are now trying to transform their business operations to the digital medium.

Take an example of the “little India” in Singapore, where more than 100 merchants are trying to transform their businesses through digital tools. Such programs are helping small businesses and offline stores to offer some resistance to e-commerce onslaught.

These offline stores can transform their app ideas into reality with excellent mobile app development. Such mobile apps are highly responsive and provide customers with ease of shopping through digital payments that boost the SEA fintech industry.

Such efforts by offline stores and small businesses can be boosted through government policies and industrial support. Southeast Asia’s fintech industry can uplift such stores by investment into digital transformation with a view to promoting digital payments in the region.

What is Offline and Online Store Integration?

The integration of offline stores and online stores can bring about higher efficiency and faster deliveries. E-commerce strives for aggressive pricing and door-to-door delivery services. Offline stores lack such capabilities due to capital limitations and infrastructure challenges.

There is also an emotional value to offline stores and customer sentiments that can boost confidence in the e-commerce stores through effective integration of both the services.

Will It Be a Feasible Strategy?

Last year, the Chinese e-commerce giant JD.com unveiled its plan to integrate offline and online stores. First of its type of integration strategy by which the e-commerce brand intends to integrate supermarkets, convenience stores, and Dada-JD Daojia – a delivery service giant in China.

For offline supermarkets and stores, this is a great opportunity to be part of the e-commerce revolution with strategic partners. It will enhance the RaaS (Retail as a Service) paradigm. Though there are concerns around its feasibility.

To make such integration, there are some points to be considered:

Key Challenges for Integration of Online and Offline Stores:

Southeast Asia is rich in its diversity of cultures and people. So, a combination of offline and online stores needs quite an effort. To commemorate such an initiative, authorities and e-commerce giants need to understand the basic business model of the offline stores.

The on-demand economy is disruptive, and there are trust issues between the offline and online store communities. The lack of trust needs to be bridged through proper revenue sharing and investments into the upliftment of offline stores.

Such integration gets easy as far as urban areas of Singapore, Malaysia, Indonesia, and even the Philippines. However, integration into rural areas requires extensive research and market analysis to cater to local customers. Finally, it can end the tug of war between e-commerce and offline commerce! 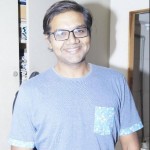 What Makes a Solid Content Strategy for E-commerce Brands 7 Superb Website Trends to Implement on Your E-Commerce Business