Conquering the Chinese market is the ultimate goal for many businesses, who see its population of over a billion people as an enormous opportunity. While this is true, breaking into the market has its difficulties, not least the cultural differences with many western nations.

Here then is a rundown of everything you need to know about the differences when starting an eCommerce business in China – and some of the country’s more comforting similarities.

Online business is sink or swim

You’ve probably heard about the ‘Great Firewall’ and internet censorship. This may seem like an existential threat for starting an eCommerce business in China, and it’s true that the the Internet is very different. The government’s desire to promote Chinese interests above global ones means that the online landscape is largely domestically driven, with Chinese equivalents to major foreign websites, and less of a focus on sharing controversial news. Realistically however, this is unlikely to affect your eCommerce business unless it thrives on controversy (and if this is the case, you wouldn’t move into China in the first place).

The major differences actually serve to highlight how similar China is to the west. While there is no Amazon or eBay, there are the likes of Amazon-style marketplace JD.com, B2B portal Alibaba, and the eBay style Taobao. Many of these firms are now locked in a delivery arms race, with JD.com now boasting the world’s largest fleet of drones for speedy deliveries. The number of online shoppers in China broke 533 million in 2017, more than 40% of its sizeable population.

If you choose to sell through your own storefront, bear in mind that you won’t just be competing against Amazon and all of its sellers – you’ll also be battling against China’s love for cheap (and often well-made) imitation goods. While China’s middle class has grown substantially, brands don’t carry quite as much sway here. The best way to build your brand can be to simply get it in as many hands as possible. Utilizing these platforms or partnering with a Chinese chain or reseller may be your best bet to guarantee exposure.

In a lot of senses, your approach to social media in China won’t differ from the norm. Politeness is always preferable over talking politics, which are equally incendiary right now in the west. Focus on building a brand image that’s humble, deferential and proud of your products, and don’t play too hard on your foreign origins. While this can be an asset in distinguishing yourself from the crowd, you also want to show that you understand your audience, and demonstrate a healthy respect for the local, established competition.

The main difference will be the platforms you’ll be using. Facebook, Twitter and Instagram are all banned in China, but their roles have been assumed by replacements, such as Weibo and WeChat. Often integrating multiple features – including chat, social feeds, shopping, payments and bookings – these platforms may look familiar, but their scope can be deceptive. Advertising on them and using them effectively to connect with your audience will be even harder.

In such a mobile-dominated country, having a social media presence is vital – but so is having the right person to utilise it. Where social media is often handed down to interns or outsourced in the west, you should seriously consider bringing someone in house to give you complete control over your Chinese social presence. A savvy and trustworthy Chinese native can translate your brand values into relatable, actionable copy, and set your business apart.

As a rule, smartphones constitute all digital interactions in China. PCs and laptops are barely present outside of businesses and schools, with the majority of online interactions and digital experiences taking place on high-end phones. China is home to 710 million mobile users, more than the United States and Europe combined – impressive for a country which still has a significant wealth disparity between urban and rural areas.

As a result, your website and eCommerce solution (if you choose to have one) must be optimised purely for mobile. You will need to ensure that browsing is as smooth as possible, with simple menus, a minimal number of hoops to jump through, and a user experience that’s tailored to suit a number of different devices. Some western companies may get away with optimising for iOS devices, but the popularity of Android derivatives in China means that almost every device has a unique screen size and resolution.

In this sense, many large companies in China have a substantial head start. Your first port of call should be to pay for high quality translation, and to reassess your website design and user experience. Don’t forget that Chinese (as with many non-Romance languages) is read from right-to-left, which in itself will likely require a total redesign, and a reassessment of where the eye naturally falls on the page. If possible, test your website thoroughly on a number of mobile devices before it goes live, to ensure broad compatibility. A number of free and paid tools exist online which can emulate these devices, and flag up any glaring issues.

Cash is on its way out

An interesting side effect of mobile’s dominance (and the country’s aversion to bank cards) has been a speedy transition to cashless payments. China differs from most other countries however in that people do not primarily use contactless payment, such as with a debit card or Apple Pay. Instead many people use QR codes tied to a mobile payment app, whereby you scan a barcode-style picture to pay a predetermined price for a product or service.

Driven by social media apps with built-in QR payment facilities, mobile payments in China now constitute $5.7 trillion in yearly sales. This is more than 50x the current mobile payments market in the United States, and mobile businesses in particular – e.g. food trucks and taxis – have almost fully transitioned to this form of payment. If you have a presence on the ground in China and don’t offer mobile QR payments, you will struggle to compete.

Money hasn’t completely vanished from China, with the young and elderly still commonly using hard currency. But many businesses have been more than happy to make the switch, citing the safety of keeping less cash on the premises, lower transaction fees, and the convenience of fielding payments. this will be less relevant for starting an eCommerce business in China than some other sectors, and if anything points to a strong future for online sales. If you’re a B2C company with a store presence, though, just be aware that many customers will come in expecting to waggle their phones at whatever you’re offering.

The culture can be radically different

While urban China has in many ways emulated western ideals, China is still very much its own country. Cultural differences are points of pride in many cases, and points of some embarrassment in others. It’s important to remember that in a country of 1.3 billion people spread across 10 million square kilometres, progress happens at different rates, and not everyone will think or act in the way you might want or expect.

While Chinese media is tightly controlled, there have been a number of stories about unruly tourists abroad, as well as citizens within China. One recent example is the story of tourists at a Chinese zoo throwing rocks at the animals, in an attempt to ‘liven them up’. Funnily enough, this came from a Chinese newspaper – the inference being that this is something many Chinese observers were equally appalled by. It’s a lesson that we should be mindful of differences, but should never tar everyone with the same brush.

The lesson still applies though – don’t take things for granted when it comes to running a business. If you’re running a pet store, don’t assume that people won’t tap on the glass. If you’re selling certain products, don’t assume that they won’t be given a test drive. Protect your assets, and make the rules of your premises explicitly clear. Whether you’re starting an eCommerce business in China for B2B or B2C trade, Chinese people generally prioritise clarity and comprehension over speed and efficiency. Be clear and measured in all your business dealings, and you can build a legacy of trust that will enforce these ideals for you. 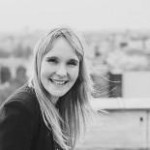 Eight Tips to Help Scale Your Business for Profit