What is the Future of the Sharing Economy? The “sharing economy” relates to person-to-person transactions– like those that occur when someone buys an old couch off Craigslist or rents out their extra bedroom on AirBnb. here are many advantages to these processes, and they generally have a very freedom-y feel, cutting out the middle man and utilizing your property to your own economic benefit. The lack of a middleman also tends to help keep prices down, and to use AirBnb again as an example, rates are generally 30-60% cheaper than hotel rooms in a given locale.

Also known as collaborative consumption, or the trendier “shareconomy”, the practice’s popularity has been steadily rising. With that rise also comes regulation, so let’s take a closer look at the sharing economy’s future in the United States.

The Rise of Collaborative Consumption

Sharing is nothing new– but for whatever reason, it remained a practice between friends and family members, not strangers. It was also rarely monetized, except in cases where brotherly pride was involved– sparing a few bucks to borrow a new saw was more about a feeling of superiority than a planned means of regular income.

In 1995, Craigslist started as an online marketplace similar to the newspaper classifieds, and allowed for peer-to-peer interaction regarding labor, buying and selling of goods, and even “free stuff.” Since then, a variety of factors have been catalysts to the growth in the peer-to-peer business model. Some of the more obvious ones are the prevalence of the internet as a means of communication, and rising consumer prices across the map. Some not-so-obvious elements that caused collaborative consumption to grow include rapid urbanization and green initiatives like reducing, reusing, and recycling.

In the 25 years since the first Craigslist post was made, peer-to-peer consumption has spanned almost every industry; predictive and descriptive analytics expect it to be a $335 billion industry by 2025.

Travel and transportation are two of the most popular industries relating to the sharing economy, and their pushback against AirBnb’s, Turo’s, and things of the like are a great microcosm for corporate America’s pushback against the sharing economy, on the whole. A lot of the pressure that big travel corporations are putting on legislators involve taxation. On the smaller scale, with things like selling a couch on Craigslist, these complaints may be justified, but for large purveyors of the gig economy like AirBnb, taxation is calculated into the transactions, almost all of which are made online and are traceable (non-cash).

Public policy certainly has to exist in the sharing economy, but most corporations have a lot more lobbying dollars than people offering up their car for a weekend fee, so laws are tending to lean in favor of the hotel chains and car rental services of the world.

With COVID-19 and its subsequent lockdowns causing one of the worst economic crises in modern history, everyone is going to be looking to save a few bucks even more than before. Cue an even more-rapid growth of the sharing economy. Energy sharing is expected to increase in the coming years, with neighbors who have solar or wind energy, simply “selling” it to their neighbors, bypassing the historic city energy norms.

The online gig economy is becoming more “shared” as well, with freelancers generating more than 5% of the country’s GDP in 2019, and generally finding themselves with higher per-hour rates than their office job counterparts. Freelance hubs like Upwork gather a huge group of individuals and “share” their skills with clients looking for quick work.

Ultimately people want to earn more money and save more money, and the sharing economy has proven to deliver both. Legislations seems to be the only thing that can slow the rise of collaborative consumption, so stay informed and cast some votes if it’s an economy you like! 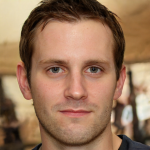