4 Growing Industries That Will Make a Splash in 2019 In many of life’s endeavors, the difference between great success and crippling failure is timing. This especially applies to business owners – were jumping into a market at the right time can help them grow their business at an accelerated rate, but entering too late (industry saturation) or early (no consumer interest) can be a huge waste of time and money.

Keeping an eye on the future, plus paying attention to cultural trends and even the news, can help you get the timing right on your next business venture. Here are four growing industries that are on the verge of taking off, with quantifiable reasons you should consider getting on board with them before you’re late to the party.

If you’ve ever experienced the powerful immersion of a quality VR system, you probably aren’t surprised to know that virtual reality is one of the fastest growing industries in the world – with a market value that’s nearly doubled annually since 2016. And even if you haven’t, you’ve most likely heard about Pokemon Go, the AR smartphone game that’s grossed nearly $2 billion in global revenue in little more than two years.

Both areas of technology are trending upward in a big way. For instance, major studies project VR to have a compound annual growth rate (CAGR) of 57% over the next decade. Even more, notable reports forecast astronomical growth of both VR and AR over the next several years, potentially surpassing $209.2 billion in revenue by 2022. Regardless if these figures fall a bit short, it’s still very clear that these industries are heading in the right direction.

A big part of this growing success is due to the technology’s versatility. VR and AR are being used in increasingly creative ways to study medicine, teach history, and even help people with physical disabilities experience things like skiing again – activities which they may no longer be physically capable of performing.

As the processing capacity of our devices becomes increasingly powerful, there’s no reason augmented and virtual reality won’t become more mainstream. And as they do, they’re going to keep making increasing amounts of money for people who buy in. Thankfully it’s not too late yet, and 2019 is a great year to get involved in either (or both).

Facilitating sports bets was once the territory of underground organizations. Then in the U.S., it was legalized across Nevada in 1931. Yet for over the following 80 years, not one other state followed suit.

Now, things are starting to shift. Two recent developments, one that’s been affecting us for several decades and the other which we’re only now starting to feel, have ultimately changed the world of sports betting (abroad and in the U.S.) forever.

While it may seem a bit obvious, there’s a stark difference between the pre- and post-internet worlds of gambling. In a country where gambling is strictly prohibited, for instance, gambling became accessible in a way that it simply wasn’t before.

Since putting down money on sports is legal in certain regions across the globe, American and international companies started being able to circumvent their own laws by opening bank accounts outside of their home countries. Then they could market their websites to gamblers from all over the world.

Although online casinos, internet poker rooms, and bookie sites were hit hard by the United States’ Unlawful Internet Gambling Enforcement Act of 2006, some have still managed to survive in creative ways. While running a business like this requires an entrepreneur to embrace certain “grey area” business practices, such an operation wouldn’t be possible at all without the internet.

On May 14th of this year, the federal ban on sports betting in the U.S. was ruled unconstitutional with a 6 to 3 Supreme Court vote. However, while this was a momentous occasion for anyone with a vested interest in sports betting, there was a catch. Instead of making it legal everywhere, the removal of this ban gave states the choice to legalize sports gambling or not.

In other words, its legality will now be determined on a state-by-state basis. Although multiple states have already made strong moves toward legalization, there’s a long way to go before it’s accepted everywhere (if ever).

At this juncture, New Jersey and Delaware have already fully legalized sports betting. Other states trending in the right direction (if you’re interested in becoming a bookie) include Mississippi, Pennsylvania, and West Virginia, plus experts project there to be 32 states by 2024 with legalized sports gambling.

Court decisions often pave the way toward great financial opportunity, and if you believe the man who stood in front of the U.N. and estimated that the global sports betting market is worth upwards of $3 trillion, then you should start preparing yourself for when this growing industry becomes viable in your area (or work on operating somewhere that it is).

CBD is a bit of a polarizing substance. For some, it represents pain relief, natural healing, and anxiety reduction. For others, its association with the cannabis plant make it something worth condemning – regardless of its efficacy for treating life’s various ailments. Plus, its legal status around the world is also a bit complex; especially in the United States.

As things currently stand at the national level, CBD is a Schedule I Drug due to its connection with cannabis, even though cannabidiol by itself lacks the psychotropic properties that are associated with “getting high” (primarily caused by THC).

However, there are key loopholes that people interested in starting their own CBD business have been exploiting – one being to process the legal cousin of cannabis, hemp, for its CBD. Because hemp has a negligible quantity of THC, it can be cultivated in every state. And thanks to the 2014 Farm Bill, as long as the THC level of a CBD product is kept below .03%, it is completely legal to produce and sell.

And there are many looking to produce and sell it. The state of Oregon, for example, has seen a huge influx in applications for farming licenses to grow hemp, and they’re coming from licensed producers of marijuana. It’s apparent that these growers are aiming to capitalize on CBD today because it’s simply projected to be more profitable than the competitive cannabis market for the foreseeable future.

Not to mention, CBD hasn’t even really started to take off yet. With the first CBD-centric pharmaceutical drug hitting shelves earlier this year, things are only starting to get going. For people interested in investing in the industry or becoming CBD resellers online, there is still time to get on board – however, CBD sales in the U.S. increased 40% in 2017, so it might be a good idea to do so soon.

In a country where healthcare is only getting more expensive, it should come as no surprise that wellness products and preventive supplements are doing quite well in the United States. They are also doing quite well across the world too, with some studies projecting the global nutraceuticals industry to steadily grow by over 11% for the next five years, and nootropics to maintain an even more impressive 17.9% CAGR.

And in America, both substances fall under a general “dietary supplements” umbrella. This means they exist firmly outside the realm of highly-regulated pharmaceuticals – an ideal position for such products if you’re an aspiring entrepreneur.

However, there are a few key differences between nootropics and nutraceuticals worth considering before getting too deep into either industry.

Generally derived from whole foods and frequently consumed in powders and capsules, nutraceuticals have a similar function to vitamins and other daily supplements. Specifically, they are created to help us get any nutrients we may be lacking in our diet. But what makes them different from run-of-the-mill vitamin tablets is that they also function as preventives, to help protect our bodies from disease.

Nootropics are also natural chemical compounds, but their function isn’t to supplement your diet – instead, they are synthesized with the primary goal of enhancing mental acuity. Described as “smart pills” or “brain supplements” by the media, regular users of nootropics take them to keep their minds sharp. There are even ex-NFL players who swear by them, considering nootropics the answer for anyone looking to mitigate the effects of brain trauma.

While nootropics may sound interesting and futuristic, it’s important to keep in mind that they’re considered “high risk” products by banks and payment processors. Opening and retaining a high-risk merchant account is a necessary and challenging barrier for anyone looking to enter this industry. But for businesses able to overcome this hurdle, there’s a ripe market waiting on the other side.

Ray Kroc, the founder of McDonald’s Corporation, famously stated that major success hinges on two things, “first, being in the right place at the right time, and second, doing something about it.” While nothing is certain, we’ve highlighted four industries that are seemingly on a trajectory toward that perfect moment. Doing something about it, however, is up to you. 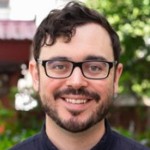 What Value Does IT Support Provide to Your Business? 4 Ways To Hire React Developers For Your Business