15 Tools to Improve Your Social Media ROI (on a Budget!) Use Bit.ly to shorten even the longest URLs into short, manageable web addresses. Short URLs are necessary to succeed on microblogging sites like Twitter, which regulate the number of characters that are permitted per post.

Often referred to as “Photoshop for people who can’t use Photoshop,” Canva enables users to create stunning visual content, even if they aren’t natural photographers or designers.

Like Canva, Easl.ly also turns laymen into design experts — only Easl.ly focuses solely on infographics. Infographics are the workhorses of visual social marketing, and Easl.ly has helped more than 800,000 users create more than 1 million infographics.

Use the Shopify gift certificate template to create the uniform, brand-consistent gift certificates to distribute during contests, giveaways and other promotions you hold on social media.

Once you’ve got your gift certificates ready, you’ll find that organizing and hosting contests is a tedious, time-consuming organizational headache — one that Agorapulse Facebook Timeline Contest Organizer can make much more appealing.

Once relegated to only the Twitter landscape, hashtags now play a role in most social media formats. Tagboard lets users find hashtag keywords and campaigns no matter the network on which they appear. Just type in the term, and Tagboard searches for hashtags on any social media sites where they are relevant.

One of the best automation tools for use on social media, IFTTT enables users to set “triggers” to automatically engage some social activity. For example, you could set a trigger that If someone follows you on Twitter, then IFTTT follows them back for you.

Sort of like Google Alerts for social media, Mention is a tool that scours the Internet for keywords, names or other online indicators. The difference is, it looks through social media networks instead of blogs and web pages.

Viraltag lets users push their visual content to several platforms at the same time in an effort to drive traffic.

Schedugram was designed with Instagram marketing in mind. It features web uploading, scheduling, and multiple-account management to the image-based platform.

Edgar is a newer tool that helps marketers recycle older posts by categorizing those former posts, scheduling them to be reposted on different networks and keeping all posts in a library database for re-use.

Not exactly a social-media tool, Pocket is the best by far of the saving/organizing manager class of applications on the market. It is, therefore, a power generator for content ideas. When you see a web page, an image, a video or literally anything else online, you simply save it to Pocket, tag it if you choose and revisit it later when you’re drumming up ideas for content.

2015 was an amazing year for social media tools. A wide range of new tools have been revealed, and several established tools have been improved. Most don’t require much investment and many others are altogether free. 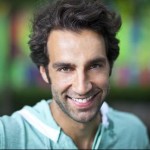