Secret Tips to Upgrade Your Business With Android App A number of mobile phone users globally for the current year stands at 4.77 billion. So, a huge amount of the population is on a mobile device, these are not mere phone users, they can be your customers you can get right through a mobile app. So, what are you thinking? Yes, of course, app development is a heavy investment but an investment that can yield you a considerable amount of return. Every business is on mobile, is yours too? If not, then beware you can be called outdated very soon and thrown way out of the competition. Get high on your heels business incubators, your business is about to enter the digital world.

What strikes at the very moment when app development for business is thought of? Hiring one of the top app development agencies, true? What then? They will ask you some of the questions, the first one would be which is the preferred platform for your app? Then which is the programming language you would intend your business app to be developed in.

Android is a better platform than IOS for business

The number of apps in the Google Play store is 2.8 million and still rising, whereas that of the Apple store is 2.2 million, now you know any Android and not IOS. Another aspect to prefer Android over IOS is that its open source with no stringent app submission guidelines. More users, more apps and more developers, that’s what you get with Android and less with IOS.

Well, this is an overall scenario, choosing the platform should be based on the type of business. Determine the nature of the business and set of targeted audience, if they are IOS and windows users, then coming up with an Android app doesn’t make any sense. When upgrading business is your agenda, do it on a platform where you can more visibility, in turn, users and finally customers. If your business audience is from countries like US, Japan, UK, Denmark, and France than IOS apps lead. If you don’t want to take any chance of losing customers, then developing an app for both the platforms sounds more feasible.

Coming to the second question that the app developing company will ask about which programming language you would prefer. It’s not enough to choose the right platform for your app but, you also need to ensure that it is bug-free and efficient. Here are some of the prevalent programming language options for Android app development.

If simple to run and a bug-free app is your agenda for your business app, then kotlin is a preferable choice. This programming language is more precise as compared to that with Java for building an Android app. This language has null in its type system which will assist in eradicating bugs which are more often seen in java apps. Ease and efficiency are the core elements of Kotlin along with Anko library which attracts more developers to use it.

The most widely used programming language used by almost 9 million developers is Java. Google also integrates a unique variation of it. This language stands at first when it comes to adaptability and versatility. The best option in today’s date is Java 8 and be careful while you choose your developer as not all are good with using it. Don’t fall for the companies that use Java 6 as it has a certain limitation which can end up poor performing and buggy app. Keep a check on which coding the company takes into use. Generally, a trustworthy and reliable company won’t hide any such detail.

If you find java difficult then Corona SDK is an easy way out for developing an Android app. This language is generated from LUA programming language and is believed to be more precise and effective. Developers prefer this coding language more for gaming apps. The functions and libraries are more accelerated with work related to graphics.

The web-fronted app is what exactly what you want for your android app then HTML is an appropriate programming language to opt for. Inserting different data types is very simple, also rationalizes input parameters, have an account for various screen size but the only problem with this language is that it is still a proposed standard for app development. At present, it is supported in plenty of ways in varied browsers. If looking from the costing viewpoint, then building on the current version of HTML can prove to be quite effective eradicating the need of learning an entirely new language.

Hands holding the board with the calculator icon 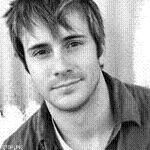