Healthy Workplace: Why Your Office Needs a Ping Pong Table Studies have shown that promoting sporting activities in the workplace not only keeps workers healthy but improves productivity.

Researchers at Loughborough University (UK) have found that not only does offering sporting opportunities in the workplace boost employee health, but it also benefits team functioning and organizational productivity. The study reveals that healthier employees not only are more productive and are less likely to take sick leaves.

“… employees participating in any type of workplace physical activity where interaction takes place between employees in a team of a group format to reach a competitive of non-competitive shared common goal or outcome – for example, winning, skill -development, task complete” – from the article.

The study has shown that while in theory team sports offer the best option for team building within an organization, but a football or a rugby team might not be the best choice. While these types of team sports made sense for many companies in the past, when the workplace was male-dominated, today these kinds of sports might create cohesion among a sub-section of the workforce but also be highly exclusionary.

These days we have men and women of various ages, abilities and fitness levels mixed together in the workplace. Putting together a Rugby team in a modern workplace excludes many people who are (1) physically incapable of playing, (2) intimidated to join a team for such a physical sport, or (3) due to other commitments such as childcare are unable to commit to team training exercises. The result can be a team within a team, forming bonds and making decisions in a way that can exclude those who cannot participate.

The major strength of any organization is its workforce. The overall productivity of the firm is ultimately dependent on the productivity of its employees. The modern works usually require employees to spends close to 8 hrs in the office or maybe more if you work in a startup. Being a desk job glued to a computer screen, this can be quite stressful and lead to unproductivity and impact employee turnover rate.

Creating a conducive, cohesive and friendly environment is very important to boost employee’s productivity. And one of the best ways to achieve that is by introducing ping pong in your office. You may ask why Ping Pong, why not any other sport?

Ping Pong in the Office

Investing in an office ping pong table can be a good alternative to starting a company football team.

Unlike many other sports, unless you have an Olympic hopeful hidden in your midst, almost anyone can have a competitive game of ping pong. Eric in accounts who has been struggling with his weight can have a reasonable game against Anne in marketing, who runs triathlons on the weekend. Eddie in security who is just a few months away from retirement can have a reasonable game with Jill, the new intern in the digital team.

Ping pong also does not require huge time commitments in terms of either training or playing, so even staff with tighter personal schedules, which means that they cannot participate in all company activities, can have the opportunity to take part.

Secondly, in modern offices, space is a commodity. With skyrocketing rentals, companies look for activities that require the least amount of space while offering maximum benefit. And ping pong does that with flying colors.

While ping pong may seem inherently like an individual sport, it is simple to introduce team aspects with games of doubles, tournaments between different departments, or shared goals such as clocking a certain number of hours on the table or earning a certain number of points. Moreover, these activities can be partnered with fundraising initiatives, which also help to boost team morale.

Ping pong also comes with all the major health benefits of other sports.

It provides a full body workout as you move around the table quickly in order to meet balls traveling at up to about 70 miles per hour. The resulted lifted heart rate and heavy breathing provides an ideal aerobic workout. You are also required to utilize the muscles in both the upper and the lower body and the core to execute the required movements, providing muscle health and tone. Ping pong is also great for burning calories, with beginners burning between 200 and 350 calories per hour of gameplay (and professionals as much as 500 calories per match).

Ping pong sharpens the mind by stimulating a variety of different areas of the brain. This includes the motor cortex that improves hand-eye coordination, our centers of concentration and focus, our spatial awareness as we focus on following and predicting the movement of the ball. It also stimulates memory as we recall how the ball has moved before in similar circumstances, and it fosters our strategic thinking centers as try to trick our opponent into making an error in order to gain a point.

Playing ping pong, and most sports also boosts mental health. The aerobic workout boosts our neurotransmitters, which can be decreased by depression. It also stimulates the brain to produce hormones such as dopamine, the happiness hormone, serotonin, which regulates sleep and memory, and norepinephrine, which manages the stress response. This is a recipe for happier, less stressed employees.

With so much to gain in terms of both individual employee health and in terms of organizational happiness and team building, investing in activities like ping pong can be one of the easiest ways that companies can start to create the kind of healthy, stimulating and friendly work environment that we know helps organizations thrive.

Ping Pong is more than a sport that can help to build meaningful relations between office colleagues. Being a relatively easier sport to pick, it’s a great way to break the ice between coworkers and know someone on a more personal level.

It’s these small relations between the coworkers which creates a positive and motivated office environment. 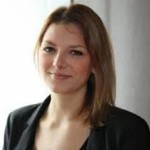