Android or iOS: Which Is the Best for Mobile Phone OS? We all love using mobile phones, they are convenient and fun. They are our savior when it comes to awkward meet-ups. Our beloved mobile device runs on many Operating System. But Android and IOS owned by Google and Apple respectively, are the most famous.

A survey done by IDC in 2017 showed that 99.7% of mobiles sold were using Android or IOS platform. Now the good news is that both of these OS’ are excellent with some unique features. Still, the debate of Android vs IOS- which is the best OS still continues. It is not just the experts and developer who debates on this topic. Even the users take part in this debate.

No matter how much we compare these two platforms. The truth is that both are great and has many common features. But for the sake of argument, we will look at some key differences between the two.

Let’s start the wrestling between Android vs IOS. Each category will have a winner, but ultimately the user will decide which smartphone suits them the best.

Apple’s iPhones have always been in the news for their high pricing. The latest iPhone X is being sold at $1000. Other iPhones are also priced higher. If you go for a lower-priced iPhone, it might have some differences in the features. Now, for some people, this price is not much, but most of the users might not like it.

Android has nothing to worry about when it comes to affordability. It has phones like Google Pixel and Samsung Galaxy Notes whose prices are similar to iPhones. But it also has phones whose cost is somewhere between low and high and even as low as $200.

The winner of this round of Android vs IOS is the Android. As a budget-conscious, the user will go for Android who also increase high features in every phone.

Talking in terms of numbers- Android has 3.5 million apps while IOS has 2.2 million. Some of the popular apps are available on both platforms.

Android, definitely has more apps as compared to IOS, but the quality of apps on IOS is better. The best gaming/entertainment apps are made available at IOS first while some don’t even come on Android. In the USA, the app store has more new apps, but elsewhere the market of Android is growing.

Still, quality trumps quantity and thus, IOS is the winner of this point.

Both these stores have so many apps to organize that it becomes impossible to do it perfectly.  Apple’s app store is still better at organizing than Google’s play store. An App store is more secure as it needs fingerprint via TouchID to install an app. While Android doesn’t have this inbuilt, there are apps for it too. But the best part about App store is that it has a few numbers of bad apps. Apple has a strict policy, and it doesn’t give a green signal to every app. So, this means that with iPhone you get quality apps.

If you want an alternative choice for downloading apps, then your only choice is Android. It has many alternative Android app stores. You can sideload any app on this platform by downloading the APK. The only problem is that these APKs may bring in lots of malware.

Apple doesn’t allow downloading of APKs so you can’t sideload any app. The only way to get an app is through Appstore. Thus, Android wins this category.

5. The life of phone- Battery and charging options

Battery life is a factor that is crucial for users as most apps drain the battery quickly.

iPhones may have better battery per mAH, but Android phones with bigger batteries can outlast iPhones.

IOS and Android both show battery usage. But only the latter shows the estimate of remaining power. They both have power saving modes with only Android showing how it works.

Android has the ability to charge quickly with wireless and fast cables. In IOS only iPhone 8 and X have this feature, and the cable has to be bought separately.

Keeping all the three points in mind- in Android VS IOS for battery life, Android wins.

Apple offers constant software update. These IOS updates are consistent and timely, and every update has some new feature. Only 3% of Apple iPhones are using the older version, while every phone has the latest IOS 12.

In terms of bug fixes and software updates, IOS is the clear winner.

Both the platforms have great accessibility features. Android is especially good for Elders and people who are not great with gadgets.  It has special offerings and even scales down many things when possible. Like some device has an option of ‘Easy mode’ that makes the UI big and easy to use.

Also, IOS is simple and easy to use. Since it is uniform across Apple devices, it is more easy to use. It is also more organized than Android.

Both are easy to use in some ways, but IOS is easier than Android. So, IOS is the winner of this category.

Both the OS has great messaging and calling features.

Other communication apps are FaceTime and iMessage that comes pre-installed. These two apps are enough to let people stay connected. iMessage works best with other iPhone users as they let us use GIFs, stickers and all.  It has just these two apps and basic calling feature. And with this Apple has made the life of user easy and consistent.

But in Android, it is a bit confusing. Google integrated calling, messaging, SMS, Video, and group chat into Hangouts. This makes it a little chaotic, and then it released Allo and Duo. So, now there are three apps which do the same thing. Also, phone manufacturers are inventing their own calling/messaging app. So, there is no uniformity.

Thus, IOS wins this category too, as it is easy to use and also consistent.

Both the default email apps on Android and IOS are easy to set and use. They let the user use multiple email accounts in a single inbox. Also, they allow third-party email apps for the ease of use.

Gmail is the default emailing app of Android which is better than IOS’s Mail. Also, Gmail can be added in iPhone too as a third party app. Moreover, it has a popular mailing giant. Thus, the obvious winner is Gmail which means Android wins this category of Android VS IOS.

The default navigation app of IOS is Apple Maps. Initially, it didn’t have a great start, but gradually it has changed for the better. The feature it possesses is similar to Google Maps. It allows you to download maps for using offline. All the features work well and make sure you get to the destination.

Google Maps the default Android navigation app has one thing that Maps doesn’t. It also gives cycling directions with estimate time and all. The quality and scale Google Maps have been untouched by any other navigation app. Even on IOS, we download this app and mostly use this. Since it is the app of Android, it works better on it.

So, the clear winner is Android.

Usually, without any argument, IOS would have won this category. But Google’s Pixel 2 and Pixel 2 XL’s camera comes close and are even better than some iPhones.

But another fact is that most low budget Android phones have a low-quality camera. IOS camera provides the best photos with little efforts ad tweaking. Thus, this Android VS IOS round goes to IOS.

In Android, if people use the Photos app, all the images and videos get backed up automatically. It has 15 GB of space for storing all your data and image and so on.

In Apple, the iCloud service is used for storing images and videos. But it has only 5GB of space. Also, most people use Google Drive on IOS too for this purpose.

So, this round goes to Android.

Apple has Siri and Android has Google assistant as their voice assistant. Siri is great, but it a straightforward helper. It will tell you the answer that you searched on the web or set appointments and that’s it.

But Google’s assistant is a step ahead. It provides more contextual information and also suggests related things to the users. In the latest IOS update, Siri got voice commands set up a trigger which is the right call. But until that happens, GA is the best voice assistant.

So this round of Android VS IOS goes to Android.

Android has beefed up their security. Some manufacturers like Samsung has taken extra security steps for a business app. But if the delay in updates happens, the security patches will come in late. This means there is a chance of malware attack.

Since many Android users are still using an old version, the updates are coming in late. This makes the chances of security breaches even more frequent.

Apple has strict privacy and security laws. Even now, it is working hard on improving its security. It has made available some security features like Touch ID and FaceID in the iPhone X for the general public.

It encrypts data in iMessage and other apps. Also, the updates are often and consistent which makes it more secure.

Apple doesn’t read your message so your privacy is intact. Google mines it for better advertisement opportunity.  So, the clear winner is IOS.

Let’s about the easy availability of various accessories for both Apple and Android phones.

In Android, this is not that great. As every phone are built by different manufacturers. The phones have great support from Chromecast and Android Wear, but it is not as smooth as Apple.

So, quality and availability of accessories and perfect ecosystem make IOS the winner of this Android VS IOS category.

IOS provides a uniform experience. Android phones are using the old version, and the device maker uses their own interface with Android it doesn’t. So, research the Android phones more before you settle on one. Ultimately, the decision rest on your requirements, as different categories are crucial for different people. But rest assured, both the OS platform is best and has rich features, and is recommended by us.

Android VS IOS, who wins the battle? Well, technically both, as Android won more category than, but IOS, won some of the crucial ones.

As a user, you don’t need to worry about the Operating System. Android or ios, both are great. Just focus on your needs and usage of the phone.

So, don’t worry about that. All you need to think about is your need. If you want a phone that is more secure and private, go for IOS. If budget and battery life is the main point for you, go for Android.

Technology in the hands– stock image 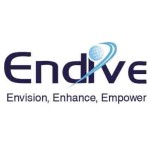