Why Microservices Architecture for Modern Applications? Almost a decade ago, monolithic architecture was enough to build software, web, and mobile apps; This was because the scope of the application was small and not proposed for a large user base.

However, now is the time when users’ demands are increasing, and they won’t prefer the apps with limited scopes and features. In such cases, monolithic architecture fails to keep the promise.

Faster app updates are the need for an hour, mainly when you deal with mobile applications. People are keen to see their updates and increase their knowledge with mobile apps.

That is the reason most applications sync in real-time and are more prone to represent their results and objectives in sync with real-time data and analytics. For this, microservices architecture has come up with an excellent mechanism of splitting an application into several small services.

Microservices breaks down the application based on the business contexts. Since microservices are into splits, it is easier to test them. Software testers can do performance testing and functional testing with ease.

Mobile apps are better enjoyed when their functionalities and performance are sound and reliable enough. It is entirely taken care of by the microservices architectural pattern. The functionalities are broken into small services and hence are easy to test and deploy with more accuracy than the monolith architecture.

Isolation of business logic makes testing easy in microservices, and this is, by far, the most advantageous part of using microservices architecture in mobile application development.

Excellent for High User Base

Microservices do way better than the monolith architecture in scaling the applications. Since monolith architecture has the pattern to involve every developer on the single project without the accuracy of resources allocation, microservices win the best bet to allocate the resources as per the requirement of the project with more precision, since the project is divided into parts and small services.

A developer can deploy any microservice and update it without having a dependency on other developers. For instance, mobile apps are nowadays big projects and have a more significant phase of SDLC than the former.

In that case, microservices work as an ideal platform since it is quite flexible. For instance, a single bug in a monolithic architecture-based mobile app can impact other functions or even in the UI components. Whereas in a microservice, bugs do not affect other microservices, and hence, saves a lot of development efforts and time.

Every other day, mobile apps and their features are becoming demanding and require complex business logic and software system. It is possible with the microservices to achieve a suitable landscape for development. For example, microservices are breaking the barrier of sticking to one single technology.

Microservices allows developers with different technology stack and accepts other technologies for a single project. Microservices are easier to understand than in monolithic architecture for a novice developer. Since the modules are not significant and not dependent on other modules, anyone can understand the project flow with more understanding and accuracy.

If you looked back a decade ago, mobile apps weren’t in great demand. However, with the inception of mobile app development and a rise in user demands, new traditions were born.

Many aspects have to be taken care of by a single mobile app. And that, a mobile app developer can not single-handedly handle, but there is an army of intelligent software and tools to develop the most demanded features.

Thanks to software architects for introducing microservices-based architecture. Because of which test-driven development can aid in developing applications at the fastest pace, and so do they deliver the best deliverables in less time.

These mini-apps can be independently deployed and tested. It is streamlining the process of building mobile apps. In a monolithic architecture, it is even hard to assume which bug is affecting the other functions and to whom it should have assigned.

Microservices eliminates the idea of revolving around a single app, with a single database, and with a standalone programming language.

Having said all these points, it makes sense to invest your time, money, and energy in modern architectural patterns rather than old ones. If you want to build apps which your users love, microservices are the key. With its feature to scale as per the user growth, this architectural pattern is favorite among some of the biggest tech giants. Do you know what’s common between Netflix, Facebook, Uber & Tickok? They’ve all used microservices architecture to build world-class applications. 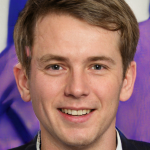