What These Billionaires Can Teach Us About Business Becoming a billionaire is no small feat. Statistically speaking, most of us will never make it to that level. That even includes many successful business owners. Nevertheless, billionaires’ decisions can teach a lot and even inform some of our own decisions.

Thus, in this article, we’ll take a look at some of the world’s richest people and how they got there. Without a doubt, there are many business lessons to learn from them, so let’s see what we can find.

Warren Buffett has been an economic opportunist from a very young age. As a teenager, he took the money he earned delivering newspapers and bought some farmland in his area. He also invested in pinball machines, which was lucrative at the time. By age 15, he had a net worth of $6,000. Keep in mind, this was 1945–$6,000 in is about $86,000 in 2020 dollars. Not too bad for a kid who’s still in high school.

Buffett initially enrolled at the Wharton School but later transferred to the University of Nebraska, where he graduated at the ripe young age of 19. He then attended the Columbia Business School; it was here that he developed his investing philosophy. His philosophy became value investing in individual stocks.

In 1956, Buffett formed Buffett Partnership, Ltd, and later acquired Berkshire Hathaway. It was here that Buffett made key investment decisions, such as purchasing shares of Geico in 1976 at $2 per share. Years later, in 1996, Buffett acquired Geico under the Berkshire Hathaway umbrella by buying its outstanding stock.

Tech CEOs dominate net worth lists these days, but Arnault proves you don’t need a tech company to be super-rich. A fashion magnate, Arnault began from humble beginnings.

Arnault got his start when he started working for Ferret-Savinel, a manufacturing company owned by his father, in 1971. He was the company’s president from 1978 to 1984. Then, in 1984, Arnault began taking control of various companies. That included Boussac Saint-Frères, a textile company that owned Christian Dior, a luxury fashion house. Thus began his tenure in the luxury fashion industry.

After that, Berard invested in one company in particular: LVMH. This company later took control of Louis Vuitton Moet Hennessey. Indeed, Louis Vuitton is the most notable brand under his purview. Many more brands have since been swept under LVMH’s umbrella.

The biggest lesson from Arnault is not to be afraid to pivot. He began in manufacturing before landing in luxury fashion. Sometimes the start of our business journeys looks nothing like how they turn out, and that is okay.

The lesson to learn from Buffett is to follow the numbers and know where to find value. Just because no one else is doing something doesn’t necessarily mean it is a bad idea.

Bezos may have started Amazon in his garage, but this is not strictly speaking a rags-to-riches story. After all, he was already successful in the business world and his parents loaned him $300,000 to start the company.

Bezos worked at various firms in the financial industry before ascending to vice president of D. E. Shaw & Co, a hedge fund, at just 30 years old. But in 1993, Bezos had the idea of starting an online bookstore.

Bezos started with online books, but he always intended to expand. However, he intentionally perfected his plan for business growth in one product line before moving to others. The lesson here is to become the best in the business in one area before expanding.

Most of us know Bill Gates as the man behind Microsoft and Windows, but just how he became successful is less well-known. Gates attended Harvard University for two years before dropping out.

When Bill saw an Altair 8800 in Popular Electronics, he called a company called MITS. On the call, Gates said he and Allen had developed a BASIC interpreter for it. MITS agreed to the meeting, although they didn’t actually have the interpreter yet. However, this helped Gates confirm there was a need. Thus, they developed it in the time leading up to the meeting. Allen called the partnership “Micro-Soft,” which of course became Microsoft.

One big contributor to Microsoft’s success was the bundling of business applications together in what became Microsoft Office. Then, Gates secured deals that would have Windows and Office pre-installed on every PC, which made Microsoft’s products ubiquitous.

While telling a potential client you have a product ready that doesn’t exist yet may be a bit too risky in most cases, there is a lesson here. Namely, do your research ahead of time: know your market and find out ahead of time where there is a need before you start working on a product or service. The other thing is bundling, which Gates used brilliantly to make Microsoft a

Of course, Elon Musk is best known as the CEO of Tesla and SpaceX, but that isn’t his first business success. In his early days, he founded the company Zip2, which was acquired for $307 million. Then, he founded an online bank called X.com, which became PayPal in a merger. The company was then acquired by eBay for $1.5 billion.

Today, Musk is quite literally changing the world. His companies are leading the way in the US on electric vehicles, solar panels, and even space travel. Oh, and his new company, Neuralink, aspires to solve various neurological problems with brain-hacking chips, such as blindness.

There are many lessons business leaders can learn from Musk. The first is certainly to dream big: no problem is too big to solve. In addition, put quality first. While Tesla’s products have had some QA issues, they are some of the highest-quality cars overall.

Above all, don’t be afraid to innovate. Take risks. Risks should be calculated ones, of course,  but can lead to far better business outcomes. Musk is proof of that.

What Can We Learn From Billionaires? Dare to Be Different

Although every billionaire on this list took a very unique path, all of them did something different. Wealthy people always have their share of negative attention, but these ultra-rich men were clearly not phased. They did what they believed in and what worked for them.

And, of course, they also identified a need and found a way to satisfy that need. At the end of the day, that is what is most important–find a viable solution to a problem in the world. If the need is great enough, you are sure to be rewarded. 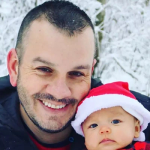