Shopify is one of the fastest-growing eCommerce platforms right now. Tie-ups with Amazon through the last decade have strengthened its global profile.

Then, it built upon its rising popularity and is now the eCommerce platform of choice for millions of merchants.

Monthly Recurring Revenue For Shopify Plus

So what makes Shopify so special that businesses the world over are using it?

Not many eCommerce platforms provide the interface to sell in different currencies at a click. This feature helps merchants localize their buying experience. Not only that, but it is also multilingual, with different folders for each language.

Why Does This Help?

Customers are fickle-minded, dissuaded at the slightest discomfort. An online store should smooth out every step of the customer journey into convenience.

So when a customer checks out, their rates can be converted into the local currency.

Usually, a currency selector is provided for this case, through the Shopify Payments gateway. But there are other ways to inculcate this, too.

The Free Geolocation App in the Shopify App Store

The app enables your eCommerce store to identify the buyer’s geolocation and recommends the best currency and language accordingly. For example, a buyer from Paris will be recommended to the Euro and the French language in their respective web browsers. Here is an example of the prompt. This is another free app in the store. As the geolocation app, it automatically detects the customer’s location and corresponding currency, or it allows the customer to select the language from a drop-down menu such as this. This currency switcher integrates into any Shopify theme. In addition, it implements nuanced pricing rules that help you make the best use of rounding rules, vanity pricing, syncs real-time currency rates, and rate padding.

What About Language Specialization?

Some Shopify apps allow customers the best experience with their local languages. Langify is one of the best examples of such an app. It is a paid app that costs $17.50 per month. Due to its pricing, it offers a useful set of functions. It has automatic language detection, a customizable language switcher, image translation, multiple domains per language, and SEO support, shown here: The other feature that makes Shopify so popular is its convenient interface. It is extremely easy to use, for the average user. One doesn’t need to know coding or design skills to make your store a great place to shop.

There is a nifty set of theme templates available: 9 free ones (with 2-3 variants each), along with 64 paid themes (along with their multiple variants too). Parallax scrolling and video backgrounds are also available.

If you have the technical skills, then you could also use the coding to streamline aspects of the store, where you can access the backend. Merchants from a set of 15 nations are able to use Shopify Payments, which avoids transaction fees.

If merchants are not from these nations, they will have to use a separate payment gateway provider with a small percentage of transaction fees.

The great thing about Shopify is that it provides a means to sell on multiple sales channels, platforms, and mediums.

Shopify’s cheapest plan allows for Facebook selling, providing merchants the Shopify Buy Button (but no more). All the other 4 plans can sell on these platforms out of the box. To go beyond these platforms, merchants can buy paid apps.

Do any merchants need to sell products at a physical location, on the move, or at a conference? The Point of Sale options allow you to buy hardware such as a Shopify card reader, to record and make sales with offline retail customers.

If merchants want to act as middlemen to make money, taking orders from customers for a supplier, then Shopify offers a rich variety of apps that allow them to do so. Shopify is the best in the eCommerce platform market for this.

Shopify has an intuitive SEO interface, from where one can easily change page titles and meta descriptions. It also has Accelerated Mobile Pages, which makes stores very mobile-responsive and quick to load, thus also improving SEO relevance.

Email marketing is basic but is also free on all 5 merchant plans. It has some automation features with e-newsletters, but those are not advanced.

Shopify offers 100 variants of the same product, with each product having 3 options (say: size, color, material). Its handling of product categories is one of the best in the business.

Reports help with analytics and strategy, valuable to any enterprise. Depending on the plan you buy as a merchant, reporting is available. This feature is for plans of Shopify ($79) and above. Merchants have access to a 24/7 helpline, along with phone support. Experts and Shopify employees are able to help out if any glitch or issue pops up.

One of the biggest resources within the Shopify platform is the Shopify Partners Program. In it, users end up serving Shopify in some capacity, for perks.

Affiliate marketers, freelancers, marketers, photographers, developers, coders, designers, influencers, and any business can sign up for this program and serve the Shopify community.

If capable, you could develop stores for other users, getting a percentage of their monthly subscriptions. You could also share referral links to Shopify, and if any purchase is made through your link, you stand to gain. Best of all, you can create apps to sell in the App Store. These apps, when bought by other merchants, will give you a cut of the selling prices. This increases the app quality of the website. Merchants don’t have to struggle to find experts for their eCommerce projects (whether it’s theme customization or a store marketing campaign service). You can hire Shopify developers easily via outsourcing service agencies.

Should I Use Shopify?

The answer is a reverberating ‘YES”. The 3 features we covered, empowering as they are, are just the tip of the iceberg. 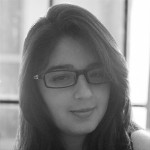