Key Ways in Which the Trump Presidency May Affect Your Business Of course, like every other president, he has his supporters and those who simply cannot comprehend why he is in the Whitehouse at all. Whether you support him or not, one thing you can be certain of is that Trump will definitely make his mark as president in one way or another. His presidency will affect everything from the economy and business through to immigration and international relations.

Some of the ways in which businesses will be affected

There are various ways in which businesses are likely to be affected by the Trump presidency. This includes a combination of both negative and positive effects, which is something you need to bear in mind. Trump has already caused a huge stir in media circles with MSNBC star Morning Joe recently stating that his presidency was ‘the beginning of the end’. However, it won’t be all bad news for businesses despite the scaremongering that has been taking place.

So, let’s take a look at the impact that Donald Trump’s presidency is likely to have on SMEs in the United States:

Of course, it is important to remember that Donald Trump is not just the President of the United States – he is also a business entrepreneur and hotel magnate, which has been his main focus for many decades. Therefore, whatever effects his policies have on other businesses, his own businesses will be subjected to the same. With this in mind, many believe that his recent announcement with regards to policies will benefit businesses more than they will harm them.

Ever since he decided to run for President, Trump has been at the center of much controversy on a regular basis. His time in office will undoubtedly affect the United States in many ways. Businesses of all sizes will feel the impact of his presidency, but the good news is that this will include a positive impact as well as the negative. It is important to remember that Trump is still in the early part of his presidency, so changes are likely to be ongoing. However, it is also worth bearing in mind that, unlike many other former presidents, Trump is also a businessman. 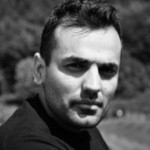