3 Entrepreneurs Who Quit Corporate Jobs to Pursue Their Startup Passion The startup arena is truly unique. Startups are unlike traditional corporations and small businesses. They have to be aggressive and agile on a shoestring budget. The methods for growing a startup are heavily reliant on an office culture that is defined by a core team of people that wear many, many hats. Millions of people quit their corporate job every year – a select few thrive in the startup space.

Startups have never been more popular. Today, the world has adjusted to accommodate the influx of emerging companies. Popular books and TV shows like “Silicon Valley” depict the startup life in an exciting, humorous and sensationalized way. Incubators and accelerators help startups grow through early-stage mentorship – lowering the barriers to entry for wannabe entrepreneurs. Crowdsourcing platforms connect businesses with backers who are willing to help fund new and exciting products – with less of a burden on due diligence.

Some entrepreneurs are so infatuated with the startup arena, they drop everything to be a part of it. The following three individuals left job security, a steady paycheck and traditional corporate structure behind to pursue their passions in the startup arena.

Infor is the third largest enterprise technology and software company in the world, with over 70,000 customers spanning across nearly 200 countries. The only companies that outperform them today are Oracle and SAP. Charles Phillips was the CEO of Oracle for several years. He walked away from his $30 million corporate job for a shot at launching the “biggest startup in the world”—taking a huge $27 million pay cut in the process, and proving that sometimes, startup passion and company culture trump salary and security.

When you consider the numbers I outlined above, Infor certainly doesn’t seem like a startup. But when it comes to the internal approach of running their business, this company is operated just line any other stripped-down startup. Although, they certainly have a bigger pocket book, which has proven to be a powerful advantage in acquiring other brands and finding new ways to deliver a compelling SaaS solution to enterprise customers.

If you take a look under the hood, you’ll find a team making fast, agile business decisions. Conference rooms are named after jazz legends. Their “offices” have no doors. They make quick acquisitions (like the $2 billion acquisition of Lawson Software, which was made just months after Phillips took office).

Today, Infor’s roster of over 75,000 corporate users includes the likes of Ferrari, Jaguar, Levi’s, Heineken, and Bausch & Lomb. Since Phillips took the reins, the company has continued to surge, in the same manner that Oracle did when he ran the show. Upon starting, Phillips hired 3,000 employees, and began implementing new methodologies that helped the company experience fast upward mobility. One of his office-wide tactics: no decision should take more than 24 hours to make – not a lot of time when you’re considering multi-billion acquisition opportunities.

You won’t find Rahim Madhavji at the top of a “startup founders who made it” list. He remains beneath the radar; a quiet success story that isn’t widely blown out of proportion, like some other Silicon Valley startup sensations. Instead, Madhavji represents the average person who quits their corporate job to pursue a passion and solve a problem.

Madhavji is the founder of Knightsbridge FX, a Toronto-based financial startup that helps Canadians get better exchange rates than the banks. Soon after getting his college degree, Madhavji landed a $200,000 position at a private equity firm valued at $550 million. Madhavji was closing deals that made headlines, dining at expensive restaurants, and flying on private jets to meet clients. But the work stopped being meaningful, and he yearned for an opportunity to really build something of his own – and the unique challenges that entrepreneurship represents.

So, he launched Knightsbridge FX, and went through all the trials and tribulations of starting a company from the ground up (he detailed his experience in an essay here). He learned to outsource properly, stop over-analyzing things, and talk like a salesman. By 2013, the company was listed as one of Canada’s fastest-growing startups with millions in revenue. Madhavji’s modest goal? To make $25 million.

Lori Cheek gave up a lot for her dating app, Cheekd. Prior to jumping into the entrepreneurial waters, she spent 15 years working in architecture and design. But when she started working on her mobile app, she sold $75,000 of designer clothes on eBay, participated in focus groups and secret shopper programs for petty cash, and started dog walking. She also rented out her West Village studio apartment on Airbnb, and ultimately lost her lease for doing so.

Most pivotal was Cheek’s appearance on ABC’s Shark Tank. After she pitched the app to a room full of well-known investors, they harshly shot down her idea. The Cheekd app was based on the concept that users would pass a “card” to someone they were interested in, prompting that person to log onto the app and check out their profile. The Sharks remarked, “If you have the courage to pass a card, couldn’t you just give them your phone number?”

For Lori Cheek, the criticism was harsh, but she used it to reinvent the company. Long gone are the “card” days, which she admitted did make things a bit awkward. The app was designed as a smart solution for missed connections, and she developed it further to solve some of the popular dating issues we see today. For example, today’s young professionals are very connected, and often too glued to their phones to notice people around them. With Cheekd, users are notified when other Cheekd users are within a 30-foot radius, and even keeps track of “potential” matches you’ve passed in person.

Lastly, she ensured the app was operated via Bluetooth rather than Wi-Fi, which makes it possible to connect with potential matches in other areas where missed connections are likely, like an airplane.

Immediately following her harsh Shark Tank rejection, she received 100,000 new sign-ups, thousands of emails from consumers, and at least 50 emails from interested investors.

Three Lessons for Those Entering the Startup Arena

Based on the experiences of the three entrepreneurs outlined above, here are three lessons on entrepreneurship that you can use before quitting your corporate job and jumping into the arena:

Best of luck in your entrepreneurial pursuits! Hopefully the three examples above will inspire you to take a leap of faith and jump off the cliff to finally chase your dreams. 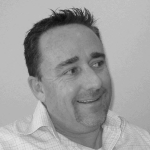 How to Build Your Own Startup in 2019 Without Hiring Anyone