Are you confused on which programming language you should pick, including the money it will make after having a few years of experience? If yes, then you have come to the right place.

Check the image below to know the top 20 programming language for July 2016.

In a hurry? Check out the bar chart showing the different programming languages and the associated salary.

Which programming language can make you earn more money as a programmer?

JavaScript is number one programming language when it comes to the total number of repositories on GitHub. It is also the language of choice for most developers, and it pays well. JavaScript is mainly used for front-end development, but it is entirely capable of creating any application including system level apps. JavaScript popularity is closely related to the frameworks at offer. Some of the famous frameworks which are used widely and pays well are React.js, Angular.js, Node.js, etc. JavaScript is present in all the web application you use.

Swift is only two-years-old, and it has shown great promise for developers who want to jump from Objective-C. Swift is the new iOS programming language that is not only open source but fun to program as well. The open source tag enabled the programming language quickly capture the market and the attention of the developers. Swift comes in iOS programming category, and you are better off learning both Objective-C and Swift at the same time. Now Swift has multiple 3rd party libraries and engines helping iOS expand further.

Average US Salary Swift (per annum):

C programming language is the first high-level language that invaded the world of computers. With over five decades, it is still going strong and is used by every system in the world — be it MAC, Windows, iOS, Linux or Android. The biggest advantage of C programming language is the hardware level interaction. It is simple, yet useful in creating highly complex applications ranging from graphics applications to operating system kernels.

Java, a general purpose programming language can be used to develop any type of application. It is a high-level programming language with a focus on enterprise level backend development. The fact that it is used in Android development also adds value to Java and its future. The main reason why Java is hugely favored is because of its ability to be used in complex projects. In fact, big companies always prefer Java for building their enterprise grade software.

Python, a high-level programming language is popular because of its readability and usability in many diversified projects. It is mainly used in scientific projects, but can also be used in web development or application development. Python is the number one language for teaching beginners on how to code. Furthermore, its demand is exploding with high pay.

PHP, a backend server programming language is in high demand currently. With over 80% of the website built using PHP, it is hard to dismiss its authority. But, it is not as highly paid compared to other programming languages. The reason can be cited to the abundance of PHP talent available in the market. PHP is also famous for its poor design and a bad rep in the industry. The question, is PHP dead? Is asked up from time to time. The only saving grace for PHP right now is the release of PHP 7.

C++ is “C with classes.” C++ is used in the low-level design and is used majorly in operating systems, hardware level game engines, desktop apps and web apps. The biggest advantage of using C++ is its pure speed of execution. Facebook utilizes C++ speed in delivering millions of request per second with unmatched reliability and scalability. With new technologies evolving every single day, C++ is still holding its position and pays well.

C# came into existence by Microsoft for developing native Windows application. It entered the market to compete with Java. C#, a multiple paradigm programming language, is used for developing web and desktop application. With .NET framework open source, C# seems to have grown more in the last year or so. C# versatile usage including game development, mobile apps development, API development improves its hold on the market. For beginners, it is easy to use and work with.

VisualBasic.NET is the 2nd language of the .NET framework. It is created to replace classic visual basic. With the multi-paradigm and object oriented approach, VisualBasic .NET(VB.NET) is used to develop the front-end of applications.

Which programming language should you pick?

Also, it is common in industry for IT professionals to know more than one programming languages. You can check the images below to find out more about co-related technologies.

Check the 3 Tech and 4 Tech related bars by clicking here.

So, which programming language are you choosing? Comment below and let us know. 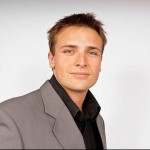 How to Bridge the Teacher-Programmer Gap