Which One Is the Best: iOS 7 Or Android Jelly Bean? Conceived in the Apple’s warehouse, iOS formally announced it touch screen revolution six years ago. Following its success, many competitors such as Samsung, HTC, LG, Blackberry, Google and Microsoft sprang up in the market with their own operating systems. In order to continue with the success story, Apple has redesigned its iOS and added hosts of new features often. In the present market scenario, while the iPhone commands several loyal fans, the position of Google android cannot be sidelined.

Since the birth of iOS in 2007, there are no such changes in the look of iOS. Within these six years even some avid customers of the iPhone have become tired and boarded the Android ship in search of new features that their iPhone lacks. Apple, in an effort to pull the crowd towards it, has come up with the iOS 7. The question is: whether the iOS 7 can relieve the monotony of the users? Is iOS 7 offer a better user experience when compared with Android 4.2 Jelly Bean?

Major changes have occurred in the iOS 7 interfaces. According to some, the changes are radical, while some others accepted the changes as mere variation on the theme. Whichever side you may be in, there is no doubt that iOS 7 looks modern and fresh.

Lock screen design – Eliminating the lock screen for which Apple went into war with the Samsung, a new, clear and simple lock screen of Apple is there to greet you. You can see the date, time and direction to slide that may help to unlock the device. The android possess a similar looking screen but the customers can customize the information with widgets. Though speculated, the widgets are absent in iOS 7. If you prefer an information stack in a translucent box to fill up the lock screen, it is 1-0 score for the Android Jelly Bean 4.2.

Home Screen – Simple lines and clear color palette replace the traditional bookracks and leather covered diaries. To accept the truth, the look is much artificial and everything is a lot complimentary. What you can expect instead is transparency, which according to Apple will offer more contexts in just about anything you will do. A prominent example for this is when you are scrolling through an email; images and text disappear in the back drop of the keyboard on-screen. The feature is to offer the users a less restricted feel.

The operating systems of both Android and iOS 7 are more or less similar to each other. Control Center is a new addition to iOS7, but the feature has been present in Android for a long time. Though of no use, it’s prettier to look at when the wallpapers move behind the application icons as you rotate the iPhone. It is for the added parallax effect. In Jelly Beans as well as the previous versions of the Android, you can go through the wallpapers at a much slower pace when you try to scroll between home pages.

The user interface of a smartphone supporting Jelly Bean becomes different depending on if the manufacturer has made further addition of layers on the top of the basic Android OS. Such brand names like HTC, Samsung and others have their own enhancements attached over the basic Google OS.

Jelly Bean duplicates the features present in Ice Cream Sandwich (ICS), which was a vital improvement from the previous versions of Android, Honeycomb. Android phone based on Jelly Bean is similar to that of ICS, with some added features.

One of the biggest features of the Jelly Bean technology was the introduction of Google Now. In simple terms, selected cards appear on screen in a way to provide information to the users before they even query for it. This suggests that you will get traffic information and a map even before you left the home and go out during the morning.

The feature is not exclusive to the Jelly Bean, the iPhone users can download Google applications similar to this particular “Google Now” functions. However, the functions do not integrate well with the iOS. Both iOS 7 and Jelly Bean notify for text messages received, calendar appointments and email reminders. Jelly Bean allows users to expand the notification from there and even they can dismiss the notification.

You have to be smart to manage the multitasking interface of iOS 5 and 6 unless you have mastered the double-press of the home button. You need to press an application for long in the list and tap on the tiny close sign to stop it. Apple has employed an approach very much similar to Google’s way of multitasking in its iOS 7 version. The window for multitasking occupies the full screen along with the application icons you can see in a thumbnail which you were last looking within an application.

In contrast, you have to press the home button for long to see the lists of running applications within many Android devices. In order to close it, you have to swipe the application off screen.

Apple is pretty proud of its AirDrop feature which makes sharing between users much easier. An application that has a share sheet can now choose AirDrop and send video, files, photos, or whatever you are expecting to share with a friend. The similar feature in Android is called Android Beam available from 4.0.

There’s a lot more to talk about if we probe into details. But similarity exists between applications of the top players in the market – Android Jelly Bean 4.2 and iOS 7. It will be an injustice if Android is not acknowledged for its innovative ideas which the iOS followed.

Although, iOS often cannot come up with unique ideas, they made it a point that their update is readily available to the masses. This is where the Android OS loses the race. They fail to cater the updated technology to their users even years after launch. If Google can overcome this problem, Android can be a clear winner. 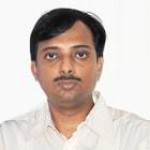