What is Robotic Process Automation (RPA) and How Can it Enhance Software Testing?

Over the years, we have heard a lot about how automation will change the world and how it will satisfy the needs of the manual workforce to build and deploy new processes on a day-to-day basis. Whether it is a small or a big organization, all of them are aiming to automate their business processes in a way that complements the manual strategizing and also makes sure that the process remains uninterrupted. RPA or robotic process automation is a new age technology that is utilized by enterprises to automate the day-to-day manual tasks and processes.

What Is Robotic Process Automation (RPA)?

Robotic Process Automation is the technology that enables the automation of a process by imitating and integrating the actions of a person who interacts with digital systems when executing a process. Note that the RPA does not replace existing systems. Instead, it operates with the prevailing enterprise strategy and executes well-established actions.

Robotic Process Automation connects the gap between business expectations and IT development and empowers in extending the life of applications throughout the enterprise, especially for legacy systems. This is very much crucial for enterprises to stay updated with modern trends and achieve digital transformation excellence. Robotic Process Automation helps organizations enhance productivity, operational effectiveness, regulatory compliance, automate internal processes, and decrease costs. Moreover, considering the fact that RPA is non-intrusive and leverages existing infrastructure and underlying systems, the amount of expense savings is directly associated with the level of automation achieved.

RPA interacts with the system in the same way a human would, but faster, at a lower cost, and with fewer errors. This technology offers the possibility to integrate modules developed in programming languages such as C#, Python, or Java. The RPA tool market is highly dynamic with several companies competing in a fast-expanding environment. The biggest players are UiPath, Automation Anywhere, and Blue Prism. In our article, we will refer to the UiPath platform, because it is currently the leader in the field. The main components of the UiPath platform are:

UiPath Robot: The workflows created in UiPath Studio are executed by a UiPath robot. There are two main types of robots: attended and unattended, the difference being that the former requires human inputs at some point during the execution.

UiPath Orchestrator: A component that manages the UiPath robots across various platforms. Due to requests and needs from the users, RPA has become, in the past years, a conglomerate of different technologies that are combined in order to help and ease the development of an RPA project. Advanced plugins such as cognitive automation, machine learning (ML), and the Internet of Things (IoT) services, can now be used by the robots. Also, third party integration with popular cognitive services from Microsoft, Google, IBM are readily available.

Another opportunity and challenge for Robotic Process Automation is the automation in remote or virtual environments a.k.a. VDIs (virtual desktop interfaces).

There is a significant increase in VDI usage amongst enterprise customers, showing a need for fast and constant UI automation for technologies such as Citrix, VMware and Windows Remote Desktop. UiPath was the first service provider to implement it using the latest breakthroughs in computer vision research. Therefore, it solved for the robot the challenging obstacle to have obtained the underlying properties of UI elements (buttons, text fields, etc.).

Also, this solution for VDIs can be updated to work for similar situations of images, scanned PDFs, Microsoft Silverlight, etc. Yet another area of the great progress of RPA recently is that of processing and understanding unstructured information, especially text, through data mining, natural language processing, and machine learning. These improvements could be extremely valuable when solving some of the difficulties of UI testing.

As already mentioned, we suppose that there are many opportunities for using RPA to improve UI test automation. First of all, Robotic Process Automation is much more accessible than test scripting or programming. Most RPA tool providers, including UiPath, offer some products that do not require technical knowledge and are directly accessible from the cloud. With the implementation of cloud service models, testers will be able to leverage different testing tools for automation. Using RPA, we can imagine that acceptance tests can be automated easier and at a lower cost even by the end-users (for example, the doctors from a hospital) with some training before, because they are the experts in the respective field and this is the best way to check if the tested application or usage scenario is correct. Then, a robot can access through the UI any tools available irrespective if APIs are provided or not.

Thus, if certain tools, including software testing tools, are used inside an organization, the robot can use them to achieve its goal. An RPA software can equip test scenarios that are flexible, maintainable, stable, easier to integrate, and also accurate. This was confirmed by the fast adoption of RPA in enterprise automation, but we assume that this will still operate in the UI test automation domain. Finally, using RPA for testing could benefit from the increased growth and advanced developments of the RPA tool providers.

They are now in a race to include as many sophisticated features as possible, and UI testing could benefit from them, since the UI testing tool providers are not so fast in implementing the latest technologies, especially in the field of AI. So, the robots will become smarter in several dimensions and this could benefit a UI testing process deploying them. However, with great opportunities come also challenges. First of all, the Robotic Process Automation as-is must be implemented to the UI testing requirements. This means that one should define a suitable test infrastructure, RPA tools must be better integrated with existing test tools for test management, reporting, test execution, and other test automation tools such that the strengths of all are combined. Then, one should see what can be further automated such that state-of-the-art in testing can be used also in the context of RPA-based testing. So, we should investigate how model-based testing, search-based testing, automatic test generation, keyword-driven and data-driven testing, fuzz-testing, exploratory testing, to name a few, could be embedded into RPA test robots. Also, testers and QA teams must revisit the earlier challenges in testing and investigate which of those issues could be solved by RPA-based UI testing. 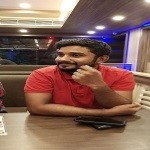 Things that Organizations Need to Know Before Outsourcing Testing

What Role Will AI Play in the Future of Software Usability Testing?

The Automated Testing Software Market and Its Capabilities for Mobile