What Is Open Source?

Open source software, open systems, open data, open standards, open….
‘Openness’ is a topic that is increasingly being talked about. From reading and listening to the discussion, it is clear there is no consistent definition of what Open is. However that doesn’t detract from the passion of open advocates and the benefits of Open source, data, standards etc.

Lets look at some of the components

Open source software consists of applications and components where the source code is publicly available for others to use and enhance as they wish. Such software has large (online) communities of developers and users sharing information on bugs, enhancements and ideas related to the application or component.

In the world of open source software, there are two types of licences used to ‘govern’ ongoing development in summary;

Such standards work from a similar principle as open software; if a standard is good enough, then they are used, otherwise an existing standard is enhanced or a new standard is started and shared around the world. One benefit from using open standards is ‘interoperability‘ where my application or component can work in different software environments.

Then there is open data

The final open component is open data, which is as important as the other components. As the use of the web has increased, so has the amount of data and information, both personal and business, from new product and customer announcements to holiday photos and Government services information. With this growth, a debate on how best to use all this information with due consideration to privacy, security and the potential benefits of information sharing has taken to the air.

In an ‘open’ letter from Google on the “Meaning of Open”, three useful principles of openness were discussed;

From my experiences of the Open world, I find it innovative and with that innovation it can be a little chaotic as open source software, standards and data evolve. Evolution is an apt term for the Open world because I think it’s a longer term game but progress is ongoing. 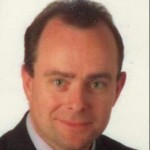