How Virtual Reality Will Shape the Future of Gaming

Technology is growing at an unprecedented rate. It is becoming much more affordable and widely available. This has paved the way for small business owners and startuppers to compete with global brands at a whole new level. Virtual reality is one such promising technology that could transform the small startups and businesses into the ranks of bigger players.

The hype built around virtual reality is such that many anticipate it to be the next big thing to take the world by storm. Out of many applications of VR, the gaming industry is expected to be one of the biggest and most lucrative.

According to market intelligence research firm SuperData, global audience of virtual reality gaming would surpass 55.8 million by this year. It further estimates that VR gaming industry would generate more than $5.1 billion revenue this year, surpassing $660 million generated in the preceding year. Billions of dollars are being invested in this hyped tech, with over $2.2 billion funds raised in 2016 alone.

Major tech companies are pouring billions into research and development, in an attempt to conquer this thriving market. PlayStation VR, Samsung Gear VR, Oculus Rift and HTC Vive are some popular VR hardware devices by these major tech companies.

Virtual reality technology has opened up newer dimensions for businesses to expand and reach out to customers. Be it an established business or a small startup, VR tech can take its business into the next level. In a gaming industry perspective VR redefines the gamer’s user experience, and allows businesses to create highly immersive content.

Already there are number of  startups  benefiting from VR to provide virtual reality entertainment to gamers. Some of these house high-tech environments called CAVEs (Cave Automatic Virtual Environments) which bridge the gap between the physical world and virtual word enabling users to experience virtual reality in a whole new level. For instance, users can virtually explore miles of terrain or huge skyscrapers inside these simulated environments. These inject a real sense of interaction and presence traditional games lacked. With virtual reality they simply re-imagine storytelling in games.

Although VR is still at its inception, it is expected that it will soon dominate the mobile market. Currently, one of the biggest barriers for growth of VR is the high initial cost factor of hardware devices. Oculus Rift headset costs around $600, and HTC’s Vive VR costs around $800, and both of these devices need a powerful computer to smoothly operate. Minimum system requirements of such a computer include a NVIDIA GTX 970 or AMD 290 or greater video card, 8GB or more RAM and an Intel i5-4590 or greater processor which could easily top $1500.

However, it is expected that prices will eventually drop, paving the way for the majority of the gamers to experience VR at an affordable price. In addition to major gaming companies, brand new VR studios are focusing heavily on virtual reality game development. The growing interest towards VR suggests that gaming future will be bright and progressive.

Virtual reality technology can be used to recreate traditional PC-based and console games in a whole new perspective. Be it a first person shooter game or a thrilling car race, VR can provide an immersive perception to the gamers. Currently, virtual reality games come in two forms, ones that are played with a head mounted headset, and ones played inside a simulator. Games played in simulated environments are much more sophisticated and closer to physical reality.

VR experience within a simulated environment is far more immersive however it requires physically visiting the labs. On the contrary, VR headsets like Oculus Rift and HTC Vive can provide a glimpse into the virtual reality at the comfort of home. Despite being quite new, already there are a number of interesting games for these headsets.

Project Cars available on Oculus is a car racing game which makes use of VR technology to re-create a superior virtual driving experience. Gamers get to hop into a supercar of their choice and race-on. Subtle things like looking out of the back window while reversing, or other cars overtaking you is mind-blowing and truly immersive unlike when playing in a traditional console.

GTA VR is a third party mod injecting virtual reality into Grand Theft Auto V. Virtual reality can surely spice up this widely popular game simulating real life. Native head tracking and automatic field of view correction bundled into the mod makes gaming experience so realistic that developer himself claims that he feels guilty of too real violence in the game.

Temple Run VR is the virtual reality edition of the already popular Temple Run Android game, originally launched targeting Samsung Gear VR.With Virtual reality users can see demon monkey’s shadow overlayed on top of their own, look back at the demon monkey chasing them and look back at the obstacles they have avoided. Due to this realistic nature in the game users can feel adrenaline rushing in as they play.

Shooting Showdown 2 VR is another unique VR game which re-creates a virtual shooting experience exposing the gamers to test their shooting skills. Head tracking capabilities of Gear VR is utilized to aim the gun at the targets, and users can reload the guns simply by tilting the head downwards. Shooting Showdown 2 VR includes a traditional shooting range as well as an outdoor arena to shoot at targets. It allows gamers to earn points by playing solo or competitively with other players.

Technologies Used and How They Actually Work

Virtual reality is made possible by close integration of several units. When experiencing VR through a headset like Oculus Rift or HTC Vive, users require an additional PC or a console to actually run the VR game. These head mounted displays render virtual environments in life size, eliminating the boundaries seen with traditional displays. In order to provide an immersive experience, field of view is increased. The majority of high-end devices support a field of views of about 100-110 degrees. These headsets equip two separate displays or project two feeds into a single display to create a stereoscopic 3D image from 2D images.

In order to enrich the perception of virtual reality, headsets shift pictures in-front of the wearer’s eye according to the motion of his head. This feat is achieved by head tracking. Head tracking systems are typically equipped with gyroscopes, accelerometers and magnetometers to mathematically plot the movement of user’s head movements. A low latency of 50ms or below is required for creating a seamless VR experience since a higher lag can cause a feeling of nausea to the viewers.

Tracking hand movements help user perceive that he is using his own hands inside the VR environment, a feat further increasing the immersive feeling. Oculus Touch and Leap Motion’s Project Orion are examples of such hand tracking systems. Additional tracking systems like eye tracking can further enhance the perception of virtual reality.

It is predicted that virtual reality games in the future will bridge the gap between physical world and human imagination, partnering up with other breakthrough technologies like nanotechnology. 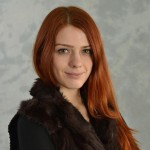