Be it games, shopping, videos, news, stock market updates, or education, the number of apps available is increasing at a phenomenal rate. There is an app for everything imaginable. With more than 6.8 billion mobile subscribers which accounts for a staggering 87% of the world’s population and over 56 billion app downloads predicted for 2013– the mobile app industry is booming and perhaps is one of the fastest growing industries.

Analysts estimate that app revenues will hit $25 billion in 2013 and could triple by 2017. However, despite the buoyant figures, Localytics found that one in four apps are never used again once downloaded. Let us not discuss about zombie apps which never get downloaded even once and become oblivious in the app world.

So what is the reason behind this abysmal user engagement ratio? Is it poor usability, lack or innovation, or technical glitches? Well, this is a complicated and highly-debated question. While different theories regarding this low user engagement levels float, we will focus on the most common UX pitfalls in mobile app design that spill the word disaster for a mobile app.

Here are some of the common pitfalls that should be avoided:

Remember, mobile UX is unique and needs special consideration in terms of design and user interaction patterns. Simply scaling down website design for the mobile device without applying any thought will result in poor experience. It is important to maintain visual consistency across web and mobile mediums, but not at the cost of overall usability of your mobile app. Trying to put together all web UI elements into a mobile experience will not only confuse, but also alienate your audience. Branding cannot override user experience.

It is a proven and documented fact that it is difficult to decipher content without context of use. Don’t bombard users with detailed tutorials mentioning everything about your app on the first time, especially if not asked for it. There is no denying that tutorials in apps are common and important to some extent. However, it is timing of information that counts. App should be intuitive and easy to navigate. In fact, if your app relies on extensive tutorials to clarify each and every functionality, it is an obvious UI failure.

Mobile users are on the go and generally multitask while using apps. They want information at lightening fast rate with minimum efforts. If your app slows them down, they will look for better options. Avoid elements such as animations, videos, and heavy images that take too long to download.

# 4.  Apps that confuse and keeps you guessing

Keeping users guessing about every action kills the spontaneity associated with mobile apps. It is crucial that you provide feedback for actions and its result in the app clearly. In order to avoid confusion, play safe. Don’t experiment and deviate from tried and tested methods, unless you have a persuasive or compelling reason behind the change. It is important to rigorously test design elements that are likely to confuse users.

# 5.  Develop app for users and not yourself

Your app should evolve around your users. Period. Don’t just rely on your creative juices and resist the temptation of designing app the way you want to see. Rather design an app for your target audience. Show users what they want first. Always consider feedback as one of the most effective methods to improve your app.

One reason that could definitely irritate customer is a blank loading screen, unless handled tactfully. It is important not to keep user staring at blank screen in anticipation of what will come next. Think about innovative ways to make blank pages appealing and engaging.

There are thousands and thousands of apps out there. When you make it mandatory to go through a sign-up or registration process or ask for other credentials without showing the benefits of your app, you are bound to raise questions and doubts, ultimately leading to abandonment of your app. Always have the option of guest users for your app.

Both Android and iOS offer comprehensive and well-defined human-interface guidelines for app makers. However, in the flow of creativity and innovation, designers ignore the standard and industry best practices. And the end result is overuse of unknown gestures, hidden menus, and jazzy visual elements which lack any purpose or context. These elements typically end up annoying and frustrating users.

One of the most overlooked aspects in developing a great user experience is observing user habits, interacting with UI design and modifying the app accordingly. But in an attempt to launch cool apps at reduced time-to-market factor, UX designers often compromise and in some cases get their basics of mobile app design wrong. Remember, exhaustive testing is one of the safest ways to overcome UX pitfalls and save yourself from huge losses. 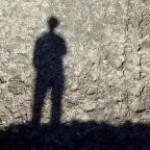