So you have a website. And that website gets visitors from several different locations, possibly from all over the world. You’d like to give those visitors the best possible website performance, and you’ve heard a content delivery network (CDN) will do just that. That’s that, then, right?

Not quite, obviously. You’ve probably been alive on this earth long enough to know that no, nothing is ever that easy. Keep reading to find out just what a CDN does, the four pillars of CDNs, and the two types of CDN topology and which may make the better option for you.

Eliminating latency, and other CDN benefits

The number one issue a CDN is used to resolve is latency, the period of time between when a user sends a request to load a web page and the web page actually loads. One of the biggest factors in latency time is a user’s distance from the website’s server, and since a CDN provides a network of servers around the world, users are always redirected to the closest possible server for the fastest possible load times.

CDNs also improve website performance by caching static content as well as dynamic content, in the case of advanced CDNs, and by compressing files, stripping unnecessary characters in the source code, providing network optimization, and managing how website resources are used for heavy, multi-media content.

With a multi-server environment, a CDN also provides load balancing and is able to protect a website against slowdowns or outages caused by major influxes of traffic, either legitimate or malicious. Some CDNs will also provide further protection against issues such as DDoS attacks and bad bots.

The four pillars of CDN architecture

CDNs have many important characteristics. According to the CDN guide, written by CDN provider Imperva Incapsula, the architecture of the best CDNs will have four main pillars. They are as follows.

Since CDNs exist to minimize latency above all else, they have to be designed for optimal connectivity. That means for the best possible results, a CDN has to place their points of presence, or PoPs, at large networking hub intersections as this is where data travels. PoPs should also be in premium data centers where the CDN provider has established peering agreements that further help reduce latency and reduce bandwidth use.

A multi-server environment like the one provided by a CDN has to be able to handle any amount of traffic. This requires having plenty of networking and processing resources available on each level, including computing and caching resources made available on caching servers. CDNs that provide DDoS protection have even bigger scalability requirements and have to deploy dedicated ‘scrubbers,’ or DDoS mitigation servers.

A quality CDN will take a no single point of failure approach, integrating hardware and software redundancy and carefully phasing maintenance cycles. Some also have internal failover and disaster recovery systems that will automatically route traffic around downed servers. CDN providers can also work with multiple carriers and use out-of-band management channels that enable interaction with servers in the event of disaster.

The two main types of CDN deployment topologies are scattered and consolidated. As with most things, there are distinct pros and cons to each approach. A few of the key points will be outlined below, but if you would like more information our recommendation is to read Incapsula’s CDN guide .

Early CDNs used the scattered approach, and it’s proven effective enough to still be in use today. A scattered CDN has a high number of low to medium capacity PoPs densely populating certain geographic areas. The idea of this approach is to give servers optimal physical proximity to users, and it absolutely does work to minimize latency. Smaller PoPs are also easy to deploy, and are effective in regions with low-connectivity.

There are also cons to the scattered CDN approach. The first is that with so many PoPs the maintenance costs are higher, and these costs can be passed on to clients. And while latency can be minimized by having so many PoPs, latency can also be increased for some website users because there are so many connection points. Responsiveness – one of the pillars of CDNs – is also harmed by the scattered approach because it takes much longer to implement new network-wide configurations across such a large number of PoPs.

If page load time is very nearly your only concern when it comes to a CDN, it may be worth looking into a scattered CDN. This deployment topology has always been designed to optimize users’ proximity to servers and speed up page load times. If a little extra speed is worth the trade-off of having reduced responsiveness and no added security, this may be the solution for you.

A consolidated CDN consists of a smaller number of high-capacity PoPs in major data centers. This is a decidedly more modern approach to CDNs. Having fewer PoPs means lower costs, better responsiveness for configuration deployment, and excellent scalability and security, including DDoS protection.

The downside to the consolidated approach is that these high-capacity PoPs are more complex and take longer to deploy, so if you’re looking for a network that’s going to expand rapidly, it isn’t going to be a consolidated network. This approach is also less effective in regions with low-connectivity.

Overall, for a CDN that provides great website performance, great responsiveness for configuration deployment, and the security necessary to protect your website as well as your users, all with a lower cost, you’re probably going to be looking for a consolidated CDN.

It can be hard to trust that an issue is being made simpler or more clear when terms like architecture and deployment topology start getting thrown around, but a fundamental understanding of not only what a CDN does but how it does it will help you find the best CDN solution for your website.

It’s your website, your users, and your money. Well worth this extra bit of homework. 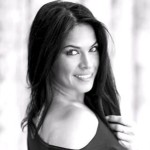 7 Reasons To Use A CDN If You Use WordPress