What is a VoIP Phone and How Does it work? What Is a VoIP Phone?

VoIP stands for Voice over Internet Protocol. VoIP is the process of making phone calls through the use of the internet, as opposed to being made through ordinary landlines or mobile networks.

How does A VoIP phone Work?

This system works by taking your voice and converting this into digital information and signals; then sending this to your broadband line as data.

This system allows larger amounts of information to be carried over networks to support your communication and allows you to deliver phone calls, voice mails, faxes, and web conferences through any means to any handset.

Do I Need a VoIP Phone?

This system is beneficial if your business makes or receives a large number of oversea or long-distance calls. This is because, depending on the setup you choose, you will not be charged for calls in regards to which country or the distance of calls made, or even the length of time spent talking; the only charges can be for internet access.

As well as its affordability and higher quality audio, the system is easy to install and set up, with providers storing the collected data in their centers, preventing your business from having to spend money on storage or hardware for this information’s future use, also saving money.

VoIP phones also have offer better mobility and scalability than alternative systems, so if your business moves to new premises, new phone lines aren’t required, unlike traditional phones. As well as the ease of moving them due to available wireless options.

However, VoIP phones require a strong, reliable internet connection. A questionable connection can lead to calls dropping and connection delays, giving an unprofessional impression to potential clients. Quality internet connections, especially for larger offices, are often expensive as multiple routers are often needed to manage the workload of computers as well as the phone systems. Another issue that could arise with this reliability on the internet that is there is a technical issue, your business’s phone, as well as the computer will be out of use.

What Types of VoIP Phones are There?

There are multiple types of VoIP phones to allows you to choose what the best VoIP phone is for your business or personal needs.

Softphones are virtual and are apps on devices that can be used much like a hard phone but are accessed on smartphones, tablets or computers. 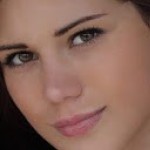