Following the explosion in decentralized technology, digital identity has emerged one of the most promising solutions to some of our most pressing issues of the digital age. Digital credentials could enable secure identity verification, reduce fraud, foster financial inclusion, and streamline online transactions. By potentially bringing millions of people into the digital economy, it could open up a new frontier for digital interaction and economic growth.

Consumer adoption will be key to the success of digital identity, as will be integration with major businesses and financial institutions. Major banks are already spending around $1 billion each year on identity management and the market is expected to grow the $15 billion by 2024. Who will own the future of identity is still up in the air but one thing is for sure, the race to solve the world’s identity problem has only just begun. Consumer awareness around establishing and protecting digital identity is on the rise.

Large corporations such as Microsoft to IBM have raced into the ecosystem, promising to build the identity platform of the future. Agile, tech-savvy startups like Bloom and Okta have made significant technological breakthroughs in identity management. This has contributed to rapid market inroads by developing tools that empower consumers to take back control of their data.

Many consider expanded access to identity a basic human right. For example, in banking, the ability to securely verify your identity is a prerequisite to access basic services such as opening a checking account. As shocking as it may seem, more than 1.7 billion people lack access to basic banking services due to fulfilling traditional KYC procedures.

An organization called The Decentralized Identity Foundation is developing a set of open-source standards in collaboration with dozens of DIF members. In case you are unfamiliar, DIF is an engineering-driven organization focused on developing the foundational elements necessary to establish an open ecosystem for decentralized identity and ensure interoperability between all participants.

So who will provide the digital identity of the future and be the first to unlock its benefits for the masses? Here we highlight the 5 of the top digital identity platforms and recap the contributions each has made to the changing ecosystem.

In December 2018, Microsoft announced plans to build a decentralized identity solution. Microsoft said its aim is to “give people a secure, instant way to verify their digital identity with whomever they want, whenever they want.” The Microsfot initiative will serve as the foundation for new Mastercard services powered by Microsoft Azure and built-in collaboration with big players in the finance, mobile networks, and government communities.

Built on the Bitcoin blockchain, Microsoft claims its digital identity network will be fully decentralized. Whether Microsoft can leverage its dominant market size to lead the space has yet to be seen.

One of the earliest in the space, Bloom leverages blockchain technology to restore ownership and control of identity data back to consumers. Bloom is building a fully decentralized, scalable identity protocol and ecosystem. It’s current digital identity solution, BloomID, has seen rapid adoption. More than a million identities have been created on the platform created to date, making it the largest digital identity system currently in use. Bloom is a key contributor to the Decentralized Identity Foundation and has released a set of open-source software development kits that developers can use to quickly build on top of the protocol.

IBM announced partnerships with the Sovrin Foundation and SecureKey in 2017 to work on building digital identity and attribute sharing networks. IBM’s own digital identity solutions are built on the company’s “permissioned” blockchain platform, preferring to opt for more centralized control and management. Off of this backbone, the company has rolled out a range of offerings such as Cloud Identity to Multifactor Authentication solutions.

IBM is also a contributor to the Decentralized Identity Foundation.

Accenture, a global consulting firm, announced its new digital identity management system in March. It’s Identity Access and Management (IAM) solution is primarily targeted at large organizations, where it aims to “help organizations reduce the risk and costs associated with the over-provisioning of accounts tied to a user’s identity.”

The company is also working with Mastercard, Amazon Web Services, and Everledger to explore solutions around digital ID and blockchain to foster financial inclusion for small producers by providing new methods for tracking consumers and producers in circular supply chains.

Okta provides identity solutions for the workplace.  They enable developers to build identity controls into applications, website web services, and devices. They offer integration for single-sign on to the internal web and mobile apps, with a federation engine and flexible access policy.

Additionally, they enable secure access for all users in the corporate ecosystem through their Okta Verify OTP product. Okta’s continuing to grow by offering solutions to enterprise, which could potentially fast track the solutions getting into the hands of consumers.

One major obstacle facing decentralized identity providers will be building systems seamless user experiences that the general consumer can use, complicated user experiences inhibit adoption and growth. With mobile usage growing at a rapid rate, digital identity could quickly reach billions of people around the globe. While Microsoft, IBM, Facebook, and major bureaus have launched their own digital Identity platforms, these technologies are rather nascent. Perhaps this is an ecosystem in which more lightweight and nimble startups leveraging the latest technology stacks can gain a small edge on the larger more well-established players.

As evidenced through both large-scale data breaches where millions of records of personal data are compromised, and by the manipulation of public opinion through social media (more colloquially referred to as “fake news”) – deeper issues are transpiring.

No matter which technology or appointed custodian is deployed to tackle the issue, identities should belong to the people rather than one corporation (or consortium of corporations) that seek to exploit our data. In a globally and digitally connected world, trust and security are crucial. Your data and identity depend on it. 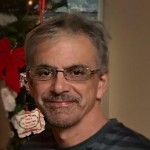 Blockchain in Agriculture: Why and How We Should Use It?