We are heading to the last quarter of 2016, and the mobile phone revolution has already begun. With Reliance making noise for its revolutionary Jio and Apple launching iPhone 7 with the water-resistant feature, we are going to enter into an exciting phase in 2017.

As the internet consumption in India will hit a new high soon, major telecom giants will be forced to cut their prices to attract visitors as per recent speculations.

Though the price is a “must-have” option, consumers compare the features also to make smarter decisions. New and rising telecom companies are working on this important fact to deliver high-quality and cost- effective smartphones.

There are many “players” in the market, but these five companies have ambitious plans to open the flood-gates for cost-effective and reliable

Micromax is the 10th largest mobile phone vendor in the world. It is the biggest telecom company manufacturing low-cost phones in India. Interestingly, the price of Micromax Mobile Phones varies from Rs. 339 to Rs. 13999. Hence, it is one of the few companies selling Smartphone from an extreme low-cost budget segment.

Micromax Yu Yunique priced at Rs.4999 is one of the popular and best-selling smartphones in the under Rs.5000 price segment. The company believes in “over-delivering and under-promising” mantra and has made a remarkable progress to achieve the No.1 ranking in the Indian market. Due to its large product portfolio and penetrative strategy, it dethroned Samsung from the top mobile phone manufacturer in India. The company offers full value-for-money mobile products. It’s USP lies in the basic fact that typical Micromax Mobile Phones costs less and deliver the same number of features as compared to an expensive phone with a little drop in quality.

Many consumers have confirmed that even lower end mobile phones are good and better than other expensive mobile brands. With robust distribution network and efficient customer service, the brand has build name for itself. Though, this journey was incomplete without small glitches including the famous automatic Adware installation issue in an A093 Canvas Fire phone.

However, Micromax is an aggressive, honest, and a customer-centric company. It may not make your ideal iPhone 7 or Samsung S7 phone, but it will keep on challenging the high-end competitors to deliver value-for-money phones in 2017.

It must keep on improving its software and hardware technology to stay ahead of the competitors.

If you do not know much about Intex Mobile Phones, the first thing to consider that Jio has signed up with Intex to supply 4G handsets. As Jio is a voice over LTE service, Intex phones possess this capability. The company has grown tremendously since two years.

It bagged as many as five awards since 2015 including the Fastest Growing Brand in India in Telecom Sector. Famous for their innovative and affordable mobile products, the company introduced country’s first Firefox Operating System powered phone called as Cloud FX for a unique experience.

Aqua S7 was recently launched by the company to give stiff competition to high-end competitors. Blessed with a 3200 mAh capacity battery, 3GB RAM, 13-megapixel rear and 5-megapixel front end camera; the phone can run Jio services easily. The phone was launched with the price tag of Rs.9300 approximately.

With a global presence in 90 countries, 29 branches, and over 900 service touch points in India only; Intex is going to give a stiff competition to not only its competitors but also to high-end mobile phones. Its nearest competitor is Micromax. However, Intex needs to step-up to market aggressively for a better brand visibility. It is a pity that not many are aware of Intex phones. However, we believe 2017 is going to be an “Intex-Year.”

LAVA Mobile Phones holds 8% market share in India. Though, it ranks at India’s 5th most trusted mobile brand, what makes LAVA differ from its competitor is the use of Intel Chip in its Smartphone.

Due to the business tie-up of Intel and LAVA, the telecom company is already in news for its flagship Intel chip-based mobile sub-brand known as XOLO. It’s latest offering Lava P7+ has already created buzz with a 5 inch 2.5D curved glass display and 1.3 GHz quad-core processor. For smooth operations, the phone is shipped with 1GB RAM and 8GB internal storage. The company manufactures product sub-product chains for every customer group. For example, XOLO caters to high-end customers, while LAVA continues to be a top choice for customers looking for cost-effective smartphones. XOLO phones feature a custom-designed User Interface called HIVE for better consumer experience.

Many LAVA Mobile Phones also have a superior consumer experience. The telecom company has wide sales and service distribution channel and slowly increasing its investment and device quality to emerge as a top brand in 2017. No wonder, LAVA will be one of the Smartphone company to watch out for next years.

It has its feet at the right place; the only thing to watch is the quality of the devices and marketing strategy if it can create value-add advertisements with the right blend of messages to solve customer issues. LAVA devices already possess latest technology features like LTE and IoT to be the affordable go-to Smartphone in India. Good news is that it may go public to become a trusted global brand.

With many brands copying the style of LAVA, we are confident that 2017 is going to be an “LAVA-Year“.

LYF Mobile Phones have already created fantastic buzz due to the bundled Free Internet offered in the form of Jio Promotional Offer with it. LYF is an innovative mobile product from Reliance; the company which is responsible for starting the mobile era in 2000 by launching Rs.500 CDMA phones.

Though Jio has shadowed the true beauty of this phone; LYF is expected to hold its own in 2017. First, it has all the ingredients to become a great entertainment phone. Second, it was built keeping Jio 4G network connectivity in mind. Hence, it is still a good choice to enjoy the high-speed internet.

You will be surprised to know that many companies have handed over affordable LYF Smartphone at Rs.2999 to make a Wi-Fi Hotspot and enjoy uninterrupted business network services. Results were great, and LYF Mobile Phones will hit a new high in 2017.

The phone looks like iPhone 6s with great aesthetics, and the phone has two rear end cameras instead of one. Build with a premium finish, the phone has some great features keeping the overall package in mind. The most important element is that LYF Mobile Phones possess great performance levels thanks to its VOLTE architecture. To add on, the phone is blessed with 3GB RAM and 32 GB internal storage. It has a 1.5 GHz octa-core Qualcomm Snapdragon 615 CPU to run games hassle free.

With Reliance going aggressive, 2017 is going to be an important year for LYF phones. If it can improve the battery life of LYF phones, it is bad news for its competitors.

If you have not heard about Mi Mobile Phones, then you are not the only one. These phones are built for an affordable generation. The phones have a great and mass appeal. However, its higher end version is little costly as compared to other competitors. Hence, it is important for it to tighten up. However, Mi Mobile Phones are technology sound mobile phones with a better user interface, network, and other capabilities. The company is expected to make investments in R and D to give stiff competition to the market share of Samsung and LAVA.

To sum up, the above brands will make an impact in 2017 and will give tough competition to each other. Consumers will have a happy time as they will be “served” with many “dishes” at affordable costs. All the brands need to work on their individual weakness and market their strengths.

Though, battery life, network connectivity, user interface, camera, and gaming features will still act as important elements to purchase a Smartphone in India; price still interests consumers. As the price margin is too short between phone models, it is going to be interesting for mobile brands to pay attention to each and every detail.

Consumers have become smart as they will always visit a neutral price comparison site to compare the specifications, read reviews and check the latest prices instantly.

Hence, it is important for the mobile brands to step up and work more for the consumers.

The above brands are giving signals to other mobile companies to create a perfect mobile ecosystem for better tomorrow. Mobile companies will continue to invest heavily in Product Engineering, R and D, marketing strategies, customer services, and distribution channels.

However, those with the best business acumen and long-term customer-centric vision like the above five brands will win the race of price and feature comparison to increase and maintain a loyal customer base.

Image: Group of friends having fun together with smartphones – Closeup of hands social networking with mobile cellphones – Technology and phone addiction concept – Soft focus on the left bottom hand 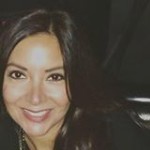