Ecommerce continues to be one of the biggest phenomena of the current millennium. First conceived in the early 90s as a mere fascination, it’s managed to transform traditional business models and threaten the existence of brick and mortar establishments that stand defiantly in its way.

2017 has been especially huge for the industry. In addition to spawning multibillion-dollar platforms such as Shopify and Amazon, ecommerce sales still maintain an upward trajectory, making up 9 percent of total retail sales in the U.S. Further, the industry is still on course to hit the $4 trillion mark in online retail sales by 2020, which is quite significant for the industry.

This year has also seen ecommerce platforms cross paths with another blossoming facet of modern technology: fintech. Fintech, short for financial technology, encompasses a wide group of emerging technologies that are threatening the existence of traditional financial systems.

Fintech has introduced a raft of far-reaching changes in the financial sector, including the way loans are disbursed, how startups raise finances, and online payment systems, which have a huge impact on the development of the ecommerce sector. And because the success of an ecommerce platform often boils down to flexibility, cost, and ease of use, fintech will be an important player in the future of ecommerce.

So, if you’re a business that is looking to sell online or an entrepreneur looking to start your own ecommerce platform, this infographic has the most significant fintech trends to keep an eye out for.

Originally developed to support the first modern cryptocurrency, bitcoin, blockchain technology has become the poster child for fintech over the past few years. The blockchain is basically a decentralized ledger that stores all the transactions that occur on its network across multiple nodes. And because every transaction on the chain is recorded and visible across the network, the blockchain is regarded as one of the safest and transparent platforms for buyers and sellers.

The blockchain is becoming a significant player in the ecommerce industry because of its promise of pricing freedom, quicker compensation, clearer transactional terms, and overall online safety for both buyers and sellers. Traditional centralized online marketplaces like Amazon and eBay often suffer from price rigidity and a lack of transparency. The latter has contributed to the rise in online fraud, which is estimated to reach $2.3 trillion by 2022.

Many blockchain-based startups are coming up within the ecommerce space, promising to revolutionize online marketplaces within the next few years. For instance, there’s Soma and CanYa, two of the most popular blockchain startups that connect buyers and sellers via transparent and safe P2P digital platforms.

The digital payments landscape has come a long way since the first transaction was conducted via PayPal over a decade ago. The growth of ecommerce within the past few years has spawned dozens of new and fully digital payment systems, including e-wallets, P2P payments, and in-app purchasing systems – all thanks to developments in fintech.

In many countries where consumers don’t have access to (or chose not to use) debit or credit cards, checks, bank accounts, and other elements of the traditional banking system, advances in fintech have almost single-handedly enabled the growth of ecommerce in these areas by providing alternative payment platforms.

BigCommerce, one of the largest ecommerce platforms for online stores, is helping fan the ecommerce revolution. The platform, which has been using PayPal’s One Touch and In-Context checkout systems for its clients, is using tech to improve the checkout process by enabling quicker checkouts and lower cart abandonment rates. For BigCommerce customers, integration of these payment systems not only means higher conversion rates, but also more satisfied shoppers and a template for other ecommerce platforms on how to integrate tech.

Ecommerce payment platforms such as Stripe, WePay, Dwolla, and Transferwise have made international transactions exceedingly faster, cheaper, and more efficient, providing a catalyst for future growth of global ecommerce platforms.

Major tech companies like Facebook, Google, and Apple are also making heavy investments in mobile payments, one of the biggest growth platforms for ecommerce. The past two years have seen the likes of Apple Pay, Samsung Pay, Android Pay, PayPal, and Facebook Messenger morph into popular means of payment for users on their mobile devices.

Plus, with more users becoming comfortable around these advanced payment platforms, the barriers to global ecommerce will continue coming down as we head deeper into 2018.

Along with the blockchain, cryptocurrencies have been transforming the digital payments industry for years. Since it was first conceptualized over a decade ago, bitcoin, the first cryptocurrency, has grown in popularity to become one of the many payment methods in the digital world.

Cryptocurrencies in general have been on a bearish run over the past year. They total market capitalization of the crypto market rose by 800% last year, with investors and traditional financial players slowly beginning to accept them as a medium of exchange.

With traditional financial and banking institutions adopting cryptocurrencies, ecommerce companies are digging in.

Overstock, the Nasdaq-listed online retailer, became the first ecommerce platform to accept bitcoin back in 2014, a trend that has since caught on with other online retailers. Ecommerce platforms that have since begun accepting bitcoin as payment include gift card site eGifter, electronics online shop Newegg, and even Microsoft.

Plus, as the increasing number of Initial Coin Offerings (ICOs) continues to churn an assortment of cryptocurrencies, the crypto conversation will soon include thousands of digital currencies and not just the likes of bitcoin and ethereum. These will inevitably disrupt the ecommerce landscape, as online retailers will be forced to appreciate the depth of the crypto game.

Because crypto transactions are cheaper, faster, and sometimes even more secure than traditional digital payments, they will go a long way in helping redefine the ecommerce industry in coming years.

Businesses in the ecommerce niche can benefit immensely by being early adopters for most of these technologies. 2018 promises to be an eventful year for the ecommerce industry, with fintech disruptions expected to change the way buyers, sellers, and online marketplaces interact with each other. 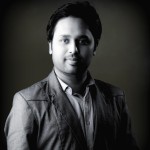