The Veritable Value of Virtual Reality in Various Industries Virtual reality is not a new concept. It has been in existence for at least half a century, yet it was only of late that this realistic technology has resurfaced to provide a more thrilling and impressive experience to techies everywhere.

With the invention of the Oculus Rift by a 19-year-old college dropout, virtual reality or VR has returned as a new and exciting trend. It may have had its beginnings in the gaming industry, but today, it is increasingly being adopted by different sectors to be integrated into their operations.

In fact, KZero, a consulting firm that focuses on virtual space, appraised the VR industry to be worth $5.2 billion by 2018. Another company, the Digi Capital research firm, estimates that this new technology has the potential to grow into a $150-billion industry by 2020. No wonder many are hopping into the bandwagon as early as now. Here are seven of the early virtual reality adopters that continually puts it into good use on a daily basis.

Retail: Trek a mountain with those shoes before you buy them

“Virtual reality is the new wave,” said Shailesh Goswami, founder of an automated interior designing solution called Foyr. “We have adopted it as we are in a high-investment category and helps in experiential selling.” Goswami could not have been more right. Indeed, retail is one of those industries that have faithfully embraced virtual reality.

You’ve probably encountered some apps that allow you to change your hairstyle, eye color and makeup. What’s impressive about apps like these is that they provide a seamless experience that will make you wonder if you’re not really wearing all those virtual enhancements on your face.

One good example of a company that lets customers experience its products is Merrell, an outdoor apparel brand. It picked up on virtual technology by allowing potential buyers to use the brand’s hiking shoes while trekking up a virtual mountain trail. That way, customers can get an actual feel of the shoes even before they make a purchase.

Automotive: Design a car from the customer’s perspective

The Oculus Rift is no longer a toy just for gamers. Even automotive professionals are using it to improve their craft. Ford, for instance, uses the Oculus Rift in its Immersion Lab to design cars before engineers make the actual prototype. Designers can have a glimpse of what the customers would experience even before the product is made. It puts them two steps ahead in the process.

Real estate: View properties from across the globe

Thanks to virtual reality, you don’t have to fly across borders anymore to pay a visit to that idyllic house in the tropics that you’ve been eyeing for a while. Now, you can explore that house from the comforts of your own home. As HouseLens founder Andrew Crefeld said, when you put on a VR headset and explore a real estate property, “it’s like you’re really there.” For an instance, those planning to consider short- or long-term condo rentals in the Philippines need not worry about it. With virtual reality, you can have a peek at the house, condo, or apartment you’re planning to rent before you agree to any deal.

The healthcare sector is one of the numerous industries transformed by virtual reality. Although healthcare has been using a number of virtual applications for some time now, other technologies have emerged to  improve its services.

First, there’s the exposure therapy in which patients who have phobias are exposed to a virtual environment where they can get used to their fears and gradually overcome them. Another healthcare technology uses sensors to pick up nerve inputs from the brain of amputees as they try to move a virtual limb. This helps them deal with phantom limb pain.

One of the latest VR applications that disrupted the healthcare industry is Google Cardboard, which a surgeon in Miami used to operate on a baby with one lung and half a heart. The technology helped him see the organs in a three-dimensional way, allowing him to come up with ideas and solutions that eventually saved the baby’s life.

Photo from skeeze via Pixabay

Another industry that benefits from VR technology is the education sector. A few schools worldwide use virtual reality to give students the 3D experience that textbooks cannot give them. Instead of looking at diagrams, for example, students can watch videos that will make lessons seem more real to them.

Virtual reality’s potential to transform how students are educated is immense. VR could mean advanced education for students with special needs. It could mean virtual field trips to landmarks in other parts of the world. Most importantly, virtual reality can take students back to a recreated past that will help them understand better and preserve more ardently the story of humankind.

Tourism: Explore the city from your hotel room

Some of the most exciting applications of virtual reality can be found in the tourism industry. A number of travel agencies are using this technology to transport travelers and guests to different places around the world from wherever they are. A popular example is Marriott Hotels, which calls this innovation a “teleporter” that takes guests to international landmarks. The technology is complete with features that appeal to all senses. With Marriott’s VR application, you can feel the warm breeze and the bright sun as you walk down a Spanish boulevard. It can’t get more real than this!

Space: Walk on the moon from a laboratory

Virtual reality has never been so astounding as with NASA’s rendering of it. NASA has been using virtual reality since the 1990s. Until now, its VR application at the Johnson Space Center in Houston, Texas, is still being used as a training ground for astronauts to prepare for spacewalks. You can only imagine what it’s like inside the simulation laboratory. Comets, asteroids, space dust, stars—everything from space can appear right before your eyes even when you’re just standing in an empty room. Lately, NASA has partnered with Microsoft for a virtual reality venture called OnSight, which allowed researchers to explore the surface of Mars together. Jeff Norris of NASA’s Jet Propulsion Laboratory noted that it may be possible in the future for consumers to access this virtual world. “Call them telenauts,” he said. 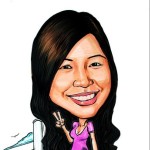 Soon VR Will Be Indispensable for Business