The Good,The Bad And The Ugly With iTune App Reviews Reviews are something we used to rely on before we downloaded an App, surely it must be a good indication as to how good an App is! Not necessarily, as we found out once we started developing our own apps and were on the receiving end of reviews.

There are 123 app stores in the world, and each store has its own review site. All reviews are recorded under the individual countries. There are 400,000 apps on the app store that have no reviews, or are not getting downloaded.

The developers/owners are not sent details of the reviews, the only way to find them on iTunes is to check out each country one by one.

Chances are your review will never be read by the Owner or the developer unless they are using a tool like www.appannie.com.

AppAnnie is a tool used by developers and owner of apps, the site sends sales data and collates reviews from around the world and emails the developers, if they are signed up.

Related: Nine Tips To Prevent Your App Becoming A Needle In The 600,000+ Apps Haystack

Owners and Developers of an App cannot respond to reviews. This is very frustrating.

Developers love to get reviews, especially positive ones as they are usually stuck in a room with not much human contact, developing away to give us all great Apps to play with and utilise.

Related: Developing An App: Forgot The NDA, Don’t Own The Source Code And Other Expensive Oversights

Developers also love the user who gets in touch if there is an issue, we want to know about issues so that we can fix them, but you need to do this via email, Facebook or Twitter not by leaving a review in iTunes.

This is a good time to leave a review after you have tried to resolve the issue.

iTunes App store reviews are not a very fair representation of the user base of an app. When we say ‘fair’ we are not having a tantrum, stamping our feet and saying “it’s not fair!” I mean that the number of reviews is not representative of the number of users.

Quiet a mixture, which goes to show not everyone likes the same things in an app, it is down to personal taste as to whether an app suits you.

Should users leave reviews on the iTunes App Store?

Absolutely Yes.  But, not if you are having an issue with an app. If you are experiencing problems with an app, contact the developer so that they can either correct your thinking about how to use the app, or correct the app if it isn’t working as you would expect. Allow the developer the chance to resolve a problem before you tell the world that the app has issues.

Remember that when you leave a negative review, you aren’t communicating with the developer because they can’t respond; you are effectively putting your fingers in your ears and shouting at the developer.

If you do leave a review that outlines some issues in the app, make sure that you edit the review once the developer has fixed the issue, and then leave a nice review for the new version.

If you are happy with an app, or if you have issue with an app and have spoken to the developer, and they are fixing your issue, leave a review to tell the world about the positive experience. Positive reviews enable app developers to stay in business and keep improving their apps, increasing the chances that you will benefit from better functionality from the app in future releases.

Related: Native, Hybrid, Mobile Enabled, Facebook. So Many Types Of Apps, But What Are They?

When was the last time you left a review for an app you downloaded from iTunes? There are so many independent little developers out there who would benefit tremendously from a positive review. Support the developers behind your favourite apps put a smile on their little faces by leaving a great review.

I hope you enjoyed my little insight into a developer’s view of reviews. 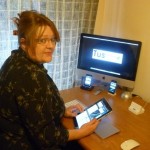