Technology always looks towards the future. What is hot today becomes a passé tomorrow, and therefore technocrats constantly think about future technology and develop a vision that is ahead of its time. A couple of years back, Kickstarter got a real visionary project of wearable device that deals into virtual reality. It was Oculus Rift, which was first introduced in a Kickstarter campaign; today the device is available at an exorbitant price of $599.

People were apprehensive of its practical usage; but today, virtual reality headsets have taken digital communication by storm. There are many manifestations of wearable devices; apart from gaming and entertainment, the tentacles of wearable are spreading even wider.

How Wearable Devices Change Your Life?

Let’s keep the cool quotient of wearable devices aside for a while, and explore the ease and comfort they provide in countless ways. Very recently, Bloomlife brings a pregnancy tracking sensor that automatically displays, tracks, and count contractions in a pregnant woman. This tracker is the latest innovation in wearable technology as it can be pasted under the belly button of any pregnant woman. A woman is supposed to stick this sensor in her third trimester and she can monitor contractions herself on her Android or iOS device, which is connected with the sensor via Bluetooth technology. The primary feature of this device is to keep an eye on frequency and number of contractions a pregnant lady feels. This enables the couple to take the right decision about when they should approach their obstetrician for childbirth.

An armband for Apple Watch?

When Twelve South introduced an armband for Apple Watch, everybody laughed off this idea as useless. But on second thought, this product has a good scope of acceptance by many users. For fitness freaks, tying Apple Watch around the wrist may not be a good idea every time. There are many sports and activities that eliminate the need of wearing Apple Watch on the wrist; sports like weightlifting, kickboxing, and CrossFit require a person to wear your fitness trackers around bicep or forearms, and not on your wrist. Therefore, Twelve South felt the need to introduce an armband for Apple Watch. Maybe, later on, the company can introduce such armbands for other fitness trackers and smartwatches.

Wearable devices not only provide you comfort and ease, but they also impart a greater level of security and proximity to smart communication. When you wear a smartwatch, you are sure that you will never miss a call, text or notification you receive on your connected smartphone. Similarly, your virtual reality device enables you to enjoy games and entertaining contents (movies and TV shows) to the zenith of its pleasure. Perhaps, this is the reason why VR devices are more popular among users to consume pornography. Until the advent of virtual reality headsets, the porn industry was suffering from free downloads and views on websites. Virtual reality is changing pornography; in fact, it has changed the way port content is watched and made.

Fitness trackers are the best companions of fitness freaks. As there is a rising level of awareness and understanding for health and fitness, fitness trackers have been adopted and accepted users of all age group. Bluetooth technology has immensely influenced fitness gadgets in many ways. People are now able to count how many steps they have walked; how many kilometers or miles they ran; how many calories they burn. They set fitness goals and beat them regularly. Moreover, they can share the statistics with other users to challenge them to join their fitness activities at gym or outdoor.

Wearable devices are the greatest boon for parents. With the help of smartwatch for kids, parents now can keep vigilant eyes on their kids while they are playing in parks or in a neighborhood with other kids. Smartwatches on the wrist of kids constantly keep them in touch with their parents, who are assured that their kids are within the range of their attention; the moment they go beyond the set boundary, parents receive an alert on their smartphones. Next, the parents can quickly contact their kids and ask them to come home.

Industry experts have greater expectations from smart clothing; so much so that they believe that people will forget watches and bands in future and prefer only smart clothing. However, smart clothing will only become a better extension of smartwatches and bands as both are focused on the fitness of people. Thankfully, many electronic brands have begun to think outside the frame of fitness and health. For example, OMSignal has launched smart sports shirts for men and sports bra for women; both these products track users’ traditional fitness measurements like steps, distance, calorie, and heart rate; apart from this, OMSignal’s smart clothes measure unique metrics like breathing efficiency, fatigue levels, how much effort your body has made to achieve your workout goals.

OMSignal has announced that in future the company is planning to introduce smart wears that can track users’ emotional wellness with biometric data like breathing, heart rate, and muscle tension.

Wearable technology will never cease to surprise users. Even as the entire section of fitness gadgets seems to have saturated now, there is a rising horizon in the name of smart clothing. A lot of new technology and innovations are waiting to be explored. At the end of the day, users will be getting the benefits of these smart products. 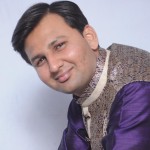