Turkey and Venezuela have also started adopting these crypto-currencies due to inflation in their local fiat currencies. Countries like Sweden, where the use of cash is less and MasterCard and visa are used widely, can also act like a big market for companies to scale and grow in this domain.

Blockchain technology is transforming lives – How?

But, blockchain is not all about cryptocurrencies if we deeply focus on the blockchain technology. Blockchain provides a peer to peer network and protocols that help keep the network secure and transparent to each other. The Paradigm shift is quite visible as big players like IBM, Hitachi, Santander, Facebook, Walmart, Alphabet, Microsoft etc. which is very positive for the people working contributing and believing in blockchain technology. Its implementation in domains other than cryptocurrency has been in full swing. Companies working on these kinds of problem statements are using blockchain environment just to raise funds or have a decentralized infrastructure of their Work culture.

So as we can see it’s not a fad, here are 3 major industries in which blockchain technology is transforming lives. And, how will it change the course of that domain?

The role of an employee working in Human Resource(HR) department is to manage the requirements of the employees and ensure that work is being carried out unaltered by any other disturbances that are not expected at a workplace. The first major thing HR does for a company is to recruit people, this process can be put on the blockchain. There are companies and startups who already have their own blockchain solutions have started adapting to this kind of hiring.

Dock.io a Decentralized LinkedIn is trying to revolutionize the professional-social networking sector.

During Recruitment, the most important problem is the verification of credentials. If a smart contract is deployed on any blockchain(Ethereum, EOS, stellar, etc.) platform which helps us in verification of people’s portfolio and resumes management using the most secure way as possible.

Even after the selection of candidates, appointing them roles which make bring the best out of them that is better for the company can be implemented by using Machine Learning algorithm to make such decisions and then assign this on the blockchain. Various Consensus has also been built around recruitment and HR. There is a private blockchain solution where employees get work assigned based on their skills and this assignment of work is published on the blockchain network with details like time and description of the work.

A track record can be kept and the performance of these employees. There is also a proof of Concept where a centralized blockchain ecosystem is built where employees get a reward for the value(work they put in) they give to the company instead of salaries. This can be a fair ecosystem and work environment to work in and if anonymity is added to the system, then it can help to eliminate gender bias, racism and other inequalities that hinder the growth of a hard working employee. This type of radical change and a complete paradigm shift is expected in the HR sector and certain add-ons to these like machine learning and artificial intelligence may help blockchain dig its roots deeper.

Banking and Finance are the sectors where blockchain technology is transforming lives and shows a promising future. The traditional methods in which banking was or is being done seems so outdated when a technology that can aide a man send money to another person in another country within a short period of time and with substantially lower transaction fees seems too ideal. MyCryptoBank and other startups have ought kiosks t make their this dream true. They are working on providing Cryptocurrency banking systems to people. For ease of Accessibility, they also have kiosks which make the process simple and scalable.

Some startups in this space like Zcash provide anonymity in transactions which means exemption of KYC.

So, building a banking solution on Zcash could certainly benefit a majority of audience wh stay in countries without citizenship or permanent addresses. These companies have also started giving loans which are wonderful for society in the long run.

Ever imagined how cumbersome it can be to manage electronic health records in the absence of a proper system? Here, blockchain acts as a savior!

Maintenance of records of all the patients on a public distributed ledger may sound vulnerable but at the time of crisis most helpful. Having a database in blockchain of every person with all the sickness histories and then pairing that key later with its next generation can help us make an ancestral diagram of every one of us on blockchain and also help us know that to which disease a particular individual is prone to.

Currently, simplification of data and reports on blockchain for quick verification are used. But the day for an advanced ecosystem of hospital infrastructure in blockchain is not far behind. Insurance settlements using blockchain can be quick and helpful. During the period of getting money, the receiver is in a bad emotional state and this could provide some financial stability to his/her world. Generally, insurance and media-claims make people deal with large amounts of paperwork and a slow procedure in the transfer of funds which can be avoided completely. True that blockchain technology is transforming lives in the healthcare sector. Healthcare sector is observing it’s a first paradigm shift and is embracing the blockchain technology with both hands. There are certain healthcare blockchain projects that battle for health data protection. Examples include Patiently, PokitDot, etc.

Apart from these 3, there are many other giant industries like logistics and supply chain, education, insurance, construction, etc. where blockchain technology is transforming lives. The use of Blockchain cannot be restricted to a particular sector and thus we all collectively believe that there are more domains like gaming, social media, ticketing, etc.  Where blockchain can be implemented. If there are limitations that are restricting blockchain to scale than they are opportunities rather than obstacles which may let you be the first in the market. 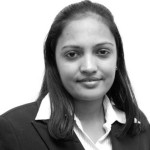