Why Node.Js Is Best Suited for Microservices Microservices are gaining much popularity in the various organizations as they change the way business is done. Most software development projects start with solving a problem or the other and with more and more projects coming up, it soon becomes very difficult for the developers to cope with.

Since every new feature added to the existing application makes it more and more complex, scaling too becomes hard and the resource is wasted since each and everything has to be scaled altogether. This also creates a lot of problems in deployment, which turns into a nightmare.

This means that the developers are no more restricted to specific technologies anymore and they can now experiment freely. A microservice should be small so that it can easily be rewritten even by a small team. If the performance or quality is not good, then it can be easily replaced.

What Make Nodejs the Best Option for Microservices?

Nodejs was originally written in the year 2009 and it uses events heavily. This is also the reason why Nodejs is fast when compared to other technologies that are similar. It also operated on a single thread and uses non-blocking I/O calls that allow it to support thousands of concurrent connections without having to incur the cost of threat context switching.

Node.js development became a popular technology in the past few years for both startups as well as enterprises who were willing to embrace microservices. Let’s see the reasons behind its popularity:

The package manager of Nodejs comes with an incredible amount of modules that can be used directly and this saves a lot of time and effort. Node.js applications are also written by using JavaScript, and so front end developers can very easily understand it and also make essential changes in it. Since the developers can also use the same language and also the same modules for both the frontend and the backend, an incredible amount of resources and time is saved.

Node.js is also considered to be one of the best solutions for developing high performance and real-time web applications. When they are combined with a microservice-based application, it can handle a large amount of load with very low response time. By utilizing the microservices and Nodejs, it becomes very easy to handle the load with only about 10% of the hardware.

A monolith app is basically something that is tightly coupled with codes. In the case of scaling, it may be a nightmare since you have to spend a lot of time to figure out what actually is going on inside.  With microservices, the best thing is that it becomes very clear where the bottlenecks are and so handling them often becomes much simpler with Node.js development.

Easy for the Developers:

NodeJS development is also spreading among website owners and it has more than 3.5 million users and enjoys about 100% annual growth. Today, Node.js is also the most favored amongst the next generation developer who is not willing to work with statically typed languages like Java or C# anymore.

Nodejs development is also easy because it has a large community that continuously contributes in various ways. With many contributors working actively in different areas of Node.js, there are several libraries available for the users that make things easier for the developers.

We can explain this with an example. When you are looking for spelling errors, it is much easier to review one single sentence rather than an entire novel. Microservices are like sentences that are bite-sized pieces of technology that can be kept error-free easily. When it comes to a monolith, looking for errors in it is difficult and very time-consuming.

This a prominent feature for microservices and it is uniquely possible with Node.js development. In addition, a number of NoSQL databases are available in the market and are often free of charge.

This process allows the developers to just get down to their respective parts of the app without getting in each other’s way as they would in a monolith app. 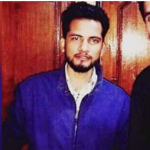