Diabetes and Technology Advancements to Watch For

A new year always brings new hopes and new technology to the scene. While this may mean the latest and greatest devices for recreational use, new technology also means advances in medical technology and care!

Diabetes has become one of the leading issues around the world and the old ways of controlling and monitoring symptoms and cures have gone by the wayside. In its place, technology has stepped up and made living with the disease simpler!

Anyone living with diabetes knows that it can feel like you’re shooting in the dark when it comes to adjusting your numbers and devices. Or the devices themselves can feel foreign and unfamiliar.

Nearly every cell phone operating today is a smartphone and using them to control your devices makes the effort more precise and much more accessible. With a mobile app, you’ll soon be able to control your bolus remotely which eliminates the need to take your pump out of the house even!

While the idea has been floated for a long time, there are a few companies that will be the first to achieve FDA approval and make the leap to mobile apps. Tandem Diabetes Care will most likely be the first to release an FDA-approved app to deliver insulin remotely. The company has also redesigned the app which makes it available to use with the pump platform and other iterations still yet to come.

In addition to the exciting advent of mobile apps that allow you to dose yourself on-the-go, Tandem is also releasing a new mini-pump! At half the size of a regular slim pump, the t:sport doesn’t have a display screen which makes it much smaller and more discreet.

To go along with the mobile app, everything will be run through the application instead of doing any part of it on the pump itself. If you prefer not to use the app, there will be an option for a handheld receiver that will do the job of your smartphone instead.

Since the pandemic delayed the release of the mini-pump, there’s also a planned algorithm update that will allow for automated insulin delivery. No need to even open the app with this upgrade!  Access to the mini-pump has caught the eye of health and life insurance underwriters.  A person using a pump will be viewed favorably when applying for life insurance for type 1 diabetics.

Formerly known as Horizon, the Omnipod 5 is a new device from Insulet Corp. It features a closed-loop system that branches off of the idea of artificial pancreas technology. The Omnipod has a tubeless patch pump that connects to a smart algorithm that gives you automatic insulin doses and adjustments throughout use.

The device will be able to connect to the program and the mobile app so you won’t have to carry around your diabetes manager anymore. The entire device and program was originally slated to launch in 2020 but was severely delayed by the pandemic.

While not a new technology, this is a completely new iteration of the older closed-loop systems. Building on the foundation of previous technology the 780G has built-in Bluetooth that will continue to allow the system to update and connect remotely.

The entire look of the device and app has been modernized so it becomes a sleek and easy-to-use program rather than something bulky and unwieldy. New features in the program include a once-a-day calibration, automatic correction bolus, and an adjustable glucose target in addition to the built-in Bluetooth.

Dexcom has been around the block a time or two but the newest iteration of their diabetes technology brings a combined sensor and transmitter design for added flexibility! The Dexcom CGM is fully disposable as the transmitter and sensor will be together and once it’s run its course, the entire thing can be thrown away.

Says Melissa Thompson of Diabetes365.org “You’ll also start with this thinner version of the CGM wearing it for 10 days but gradually increasing to 14-15 days without the need for fingerstick calibrations. Dosing assistance and information prompts are part of the package that this newest version of the CGM will offer. You’ll be able to do everything through the app and program and keep things running smoothly throughout the entire wear time.”

Although the pandemic slowed down production for new technology, it didn’t slow down innovation! Companies are bursting at the seams to release their tech for everyone to take part in. Keep an eye out for these and other new launches in the near future! 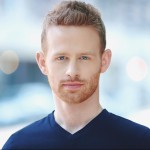