Emerging Trends That Will Shape Up the Future of Architecture Architecture is a concept that is as old as the first human settlements. Still, over the years, it turned into much more than just shelter-building. Throughout history, through various influences, it has evolved into one of the most recognized and esteemed forms of art. Needless to say, this evolution of architecture lasts until this very day and here are several examples of emerging trends that might just reshape its landscape in the following years.

The first major benefit that we can get from this technology is a greater insight into 3D modeling for the architects. Don’t get us wrong, a sophisticated 3D model is already allowing skilled architects to see all they are interested in when it comes to what the end result will look like. The massive advantage that comes from this is a greater immersion, a chance to better examine all the details involved in the process, as well as something impressive to show to your clients. At the moment, this concept may seem revolutionary yet it might not be long until it becomes a part of the routine for both architects and all the other overachievers.

Architecture is definitely an art but its survival depends on the cost-effectiveness of its projects. The pinnacle of this idea is the concept of prefabricated buildings. This, combined with time-efficiency and convenience could forever turn the industry around, making it more appealing to the general audience than it ever was. Fortunately, with the help of the concept of prefabricated buildings, what you’ll get from this is an opportunity to make the entire construction (or a large part of it) off-site and then bring it to the construction site for assembly and positioning. From an architectural standpoint, this will pose as yet another massive challenge to overcome.

A greater level of collaboration

Cloud-based tools are getting used more and more in the business world, which allows a much higher instance of collaboration than was possible ever before. This will help teams of architects share ideas and collaborate on the same project, as well as use a plethora of plugins in order to ensure that the system is as flawless as it is supposed to be. Another major advantage of this system comes from the fact that it makes the efficiency of the project much greater, seeing as how everyone involved will be able to get immediate insight into all the vital information. Some architectural companies are even following the trend of developing their own apps. Speaking of digital tools in architecture, it’s inevitable that one makes mention of the plethora of task-specific tools that can make life so much easier for architects all over the globe. Tools like Autodesk can help one truly get in-depth when it comes to the efficiency of their design modeling, however, this is not all that this concept has to offer. There are some tools specializing in accounting in architecture, while others specialize in other fields and forms of work. All of them combined will create a system that excels in efficiency.

From a financial standpoint, the cost of an average household is completely unsustainable. You see, only 29.3 percent of all homeowners in the United States are mortgage free. This is not surprising, given the fact that the average cost of buying a house over the course of 30 years comes down to $1,703,000. This is the idea that spearheads the idea behind the tiny house movement. As the financial truth behind the present-day homeownership is revealed to more and more people, this movement is expected to gain momentum faster and faster.

The coexistence of urban and wild has been something of interest to mankind ever since the Hanging Gardens of Babylon, possibly even earlier on. This is why it is expected that indoor parks are going to make a huge comeback in the nearest future. The trend of indoor parks is something that a lot of cities around the globe might start developing in the nearest future, some of which are already in construction.

One of the most impressive architectural feats in the past several years is definitely an air purifying tower that a Dutch architect Daan Roosegaarde made in Beijing, China. The most incredible thing about this tower is the fact that it uses carbon dioxide from smog in order to create diamonds, which is a simple, elegant and cost-effective solution to the global pollution crisis. In the nearest future, we may expect more such trends. Perhaps the biggest hardware improvement in the field of architecture is the invention and improvement to the concept of 3D printers. Some of the most potent 3D printers are capable of making entire homes in under a day. On the other hand, the majority of 3D printers in constructions are used for 3D printed interior designs.

Speaking of the invention in the field of architecture, it’s safe to say that there are prototypes for new construction materials developed every day. It’s not so hard to imagine that their revolutionary properties may change the way in which architects think and design their structures.

Lastly, while some may debate whether this is a trend, to begin with, the fact is that more and more megalopolises are trying to make their skyline unique by creating Sci-Fi like skylines to decorate them with. If a person from just a couple of decades ago was able to see Dubai, Hong Kong, Silicon Valley or Singapore today, they would be convinced that what they’re watching is a Sci-Fi movie or a prop set for a Star Trek episode.

As you can see, the list of innovations in the field of architecture goes on and on. Not only does it stand to reshape the models that the architects are creating but also to completely revolutionize the tools and the work process of an average architect. With that being said, the above-listed ten items might just end up being much bigger of an upset than a lot of people expect them to be. 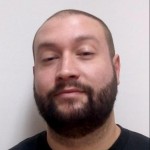 How to Climb Onto the Engineering Career Ladder?