What Role Will AI Play in the Future of Software Usability Testing? Artificial intelligence (AI) is machines’ ability to simulate human intelligence processes. In computer systems, it draws conclusions based on analysis of intelligent algorithms and data. Machine learning is the area of AI that deals with computer software development, or the ability of intelligent systems to observe, learn, analyze, and self-correct. Here, the terms “machine learning” and “AI” will be used interchangeably.

AI dates back to the 1950s when British mathematician and scientist, Alan Turing, created the Turing Test to answer the question, “Can machines think?” The results lit the first steps on the path to today’s version of machine learning. 70 years later, we are still in the early development stages of this technology, but that doesn’t mean companies don’t already leverage AI to their advantage.

Here, let’s focus on the use of AI and machine learning in software testing. This is what’s in store:

What is AI in Software Testing & How Can It Help You?

In software testing, AI allows you to automate monotonous and repetitive tasks like write, execute, analyze, and refactor test code. It can also handle errors, learn from mistakes, and draw conclusions. Tools that use AI should strive to continually make tests smarter and more efficient.

Currently, the most pressing challenge facing the QA area is the massive amount of data testers needed to analyze in a given period. A majority of a tester’s work (often up to 80%) examines hundreds or even thousands of cases in the regression process. Even if many of the processes are automated, they typically take many hours.

The time it takes to test your software data is a problem because customers are impatient, and your competition ever-accelerates. So, testing processes need to evolve to meet demand continually. AI can provide a powerful solution to free testers from repetitive tasks and reduce human error.

So, what are the benefits of AI for testers?

With AI, testers can get rid of incorrect test cases and maintenance of unit tests. This occurs by detecting code that isn’t covered by existing test suites, traversing the source code’s control path, and determining which parameters need to pass into a method. As a result, testers are happy because AI generates new, improved unit tests.

With visual validation tools, testers can design tests that will detect visual defects in the user interface. This functionality is possible with UI automation tools like Selenium or Katalon but requires specialized programming skills.  AI gives automation tools self-healing tests without touching the code and fixes existing tests.

AI is more accurate than humans, which enables better defect tracking. Even the best testers can make mistakes (because we’re human). In the tester’s work, aspects such as repetitive activities, routine, or fatigue can have critical effects. Standard testing automation can help but can also be imperfect. AI goes a step further, introducing new and higher-functioning automated tests.

By analyzing the code and adding new test cases for uncovered code, AI can increase the overall test coverage. This can result in an overall software quality increase.

The Immediate Challenge of AI in Software Testing

Before it makes a permanent home in software testing, AI will need to gain peoples’ trust. More and more, consumers and professionals are fed up with the dangerous image AI portrays. People see the potential for technology to take over the world and destroy humanity, which might be possible.

If you give AI too much autonomy, it can take on a life of its own.  For example, look at what happened to Facebook’s AI chatbots in 2017. Researchers wanted to teach bots to negotiate with people. For a time, they left the early version of the bots unsupervised.

What happened next was that the bots created a new language that was more efficient for machine-to-machine communication. The problem was that the researchers couldn’t easily decipher the language to maintain control.

Companies who want to introduce AI-based solutions to consumers have cases like this to contend with — they will have to convince people to trust in AI.

Where software testing is concerned, the questions we ask are, “How can we trust that AI performs tasks fully?” and “Who will test the AI that tests human-written software?” To establish trust, humans will have to confirm AI capabilities.

And, Will Future Benefits Outweight the Initial Costs of AI Implementation?

Secondary to trust is the cost. Many machine learning products are currently in the research phase, and I wouldn’t be surprised if most of them never move past that. Those that do, then, face the costs of implementation.

Without solid proof that AI will bring tangible benefits, many companies shy away. These companies might miss out on newer, smarter, and more helpful tools that continually emerge.

Still, other companies have high, not necessarily achievable expectations of AI and invest blindly. Into the foreseeable future, AI will be limited to what humans make it and will not necessarily make software automation a smoother process. So, companies need to find a balance here.

Just because it’s high-tech doesn’t mean it’s a great investment. Use the same sense in business you always have and look for early, tangible, positive results before moving forward with investments in machine learning. Still, AI in software testing will play a role in the future.

It’s no surprise that big brands use AI (Uber, Netflix, Snapchat, Amazon) and are among the companies willing to invest in machine learning technology. If you don’t have their budget, where can you start?

Below, you’ll find examples of tools you can use that currently enable the use of AI. See for yourself how it works.

According to the creators, Apitools uses the world’s largest set of validation data and achieves up to 99.99% accuracy, and is constantly evolving.

Eggplant uses intelligent algorithms that navigate the software to predict defects and to solve problems with data correlation. Eggplant offers a graphical analysis of test coverage and results.

Testim is an application that records the application’s action on the screen and turns these actions into tests. The application uses AI to accelerate the creation and execution of automated tests. The creators of Testim do not describe the application only as a tool but also as a platform because they offer an environment for testing.

Test.ai mainly occurs as an extension to Selenium and Appium. It allows you to test cases faster and avoid failures. Test.ai allows you to find all kinds of elements on the page by identifying screens. The tool also suggests places in tests where corrections should be made.

Functionize is a platform that allows you to operate, create, execute, maintain, and analyze tests. Functionize also allows you to partially perform functional, performance, stress, and visual tests.

Let’s circle back to trust for a moment. Job replacement represents a large portion of  AI’s potential to “take over.”  Will AI replace manual testers? In my opinion, no. Even the best AI will not be able to replace an experienced tester who, like the end-user, is human. Testers feel and predict how end-users will interact with a product, where they have the human advantage.

However, the testing profession will certainly change. In the future, AI might accurately diagnose scalability and performance problems and even properly create documentation. Machine learning will significantly affect testers’ work because it will take over a large part of repetitive and time-consuming duties.

Thus, AI will open up new opportunities for manual testers, allowing them to spend time on more interesting and productive tasks. The biggest change will be in automated testing, but also security testing.

According to CIO Applications, instead of replacing testers, AI will lead to a transformation of positions. According to him, positions such as Test Strategist, QA Data Scientist, AI Model Trainer, and AI Model Tester will blossom. Yasar Sulaiman claims that by the end of 2022, AI may cut 75 million jobs but could create up to 133 million new ones in their place (statistics refer to all jobs globally, not just IT jobs).

AI certainly has a role in the future of software usability testing. We’re on the brink of an era when machine learning will disrupt the way human usability testers work. While self-learning technology isn’t likely to replace humans, it will negate the need for many of the tedious tasks they currently perform… as long as people can learn to trust that it isn’t here to take over the world. 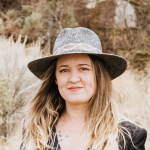 How to Cartoonize a Photo – 4 Best Tools on Computer, Phone, and Tablet