How Is the Data Processed in NMT? Where Are the Trends in NMT and AI?

AI needs no introduction today. It is a broad spectrum as it involves numerous components like Machine Learning, Deep Learning, Natural Language Processing (NLP), etc. An important part of Supply Chain 4.0, it complements Cloud Computing, IoT, and Data Analysis. Hence, AI adoption is currently on the rise. 54% of the businesses have stated that AI has brought about a drastic change in productivity, coordination, and sales.

What Is NMT? What Is Its Working Principle?

In this section, we will get to know the nitty-gritty of the NMT. It has been explained, taking the help of various components and subcomponents of AI.

Let us first start with the objective of the NMT.  The NMT model is employed to take a sentence in a particular language and transform it into another language. A good example would be Google Translate.

But one does not realize the algorithm that goes into it. NMT uses Deep Learning and vast volumes of training data to build an Artificial Neural Network. Unlike SMT (Statistical Machine Translation), NMT relies on a single system that can be trained directly on the source and target text. Here, a large corpus of examples is required to “train” the algorithm (heuristic technique). And, for stable NMT outputs, and semantic and syntactic transfer of linguistics, the Vauquois Triangle is used.

Since multilayer Perceptron neural network models are used, NMT follows the encoder-decoder architecture and is explained by:

There are two parts to the NMT- the Analysis and the Transfer. The NMT allows the engines to work on different sets of examples and train themselves using trial and error process. It is similar to how the human brain, neurons and synapses operate. This is what is known as “deep learning”, and it banks on the Big Data Analytics (for data feeding).

When a text is entered in a language, it gets interpreted as patterns to the neural networks. The input layer has a single neuron for individual words present in the input sentence.  It is communicated to the hidden layers present in the network. It is in these layers that the processing takes place through a system of connections known as the weights and biases. As per the bias and pre-set activation function, the signal is either forwarded or rejected. Through the ‘forward pass’, the signal reaches the output layer, from which the desired output is achieved.

To delve deep into the subject matter, each input word is converted to One Hot Encoding Vector (vector with a 0 at every index except for a 1 at a single index). This is how the Vocabulary of each language is created through exabytes of data. The Encoder mentioned here is a bidirectional recurrent neural network, which has stemmed from the Recurrent Neural Network (RNN). Moreover, a thought vector helps store the meaning of the words. In this way, a whole sentence is forwarded to the Decoder, which showcases the output. And the Harvard reference generator tool also works on the same A.I based principles that is used in citing any documents.

Now, that we know about the underlying principle, it is time to check out the applications of NMT.

What Are Some of the Major Research Trends in NMT?

Until now, the NMT has been used for translating one language to another. As mentioned before, Google Translate is making the most of the NMT to enhance fluency and accuracy. As the algorithm is evolving, the Google Neural Machine Translation is making use of the “zero-shot translations”. Now, users can get fast results as the language is being converted directly. For instance, Italian is directly converted to Spanish, without taking the help of the English vocabulary.

Application in AI and Research Trends

Research is currently going on to emulate the conversation that one person has with another through NLP. Moreover, speech recognition is also being taken into consideration. The evaluation of NMT has been actively conducted based on literary texts. But now, the focus is shifting towards discovering the complexities of translating conversations with neural models.

Moreover, with the help of Deep Learning, experts are trying to figure out the:

In the meantime, Tencent (Chinese technology giant) is working on the two new approaches to the NMT: the adequacy-oriented learning system and the DTMT model.

As far as the Adequacy-Oriented Learning is concerned, the scientists are trying to resolve inadequate translation issue. Here they are taking advantage of another concept Reinforcement Learning (RL) and addressing the limitations of the Maximum Likelihood Estimation (MLE).

On the other hand, DTMT or Deep Transition Machine Translation model is aimed at advanced modeling, training techniques and RNN-based NMT. Scientists are trying to address the shallow transition depth between the consecutive hidden neural layers. And, they hope to build a novel Deep Transition RNN-based Architecture for Neural Machine Translation. The multiple non-linear transformations enhance the hidden-to-hidden transition.

Microsoft, too, is interested in alleviating low-resource situations with the help of transfer Learning.

There are three advantages of Multilingual NMT. It reduces the number of training processes to one. Transfer Learning enables all the languages to benefit from each other, through the sharing of resources. Last but not least, the model is a solid starting point for the low-resource language.

Thus, with the help of the Transfer Learning, the parent languages could be used for interpretation of the subsequent languages being fed to it. And it also enables the execution of zero-shot translation, discussed earlier, when no training data is available for the language of interest.

As you can see, NMT is an interesting field of study, with countless research being conducted worldwide. This is the beauty of AI. Every day, you get to hear new features being added to the list, solely due to the reason that the algorithm keeps on developing. Hopefully, Deep Learning, Artificial Neural Network and NLP will help in making the NMT ‘smarter’ than it is today. 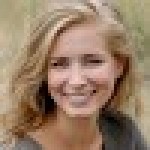