AI and the Imagination Age: How Technology Is Impacting Creativity

The ability to conjure images in the mind, to let them bloom into an idea and then run with them, is an art that is to be nurtured from an early age. To neglect it is to scramble in the dark with your fingertips in your later years: that is to say, a lot harder to call upon without practice. Opportunities to develop this skill are being hindered by technology’s influence as a distraction is now rife. We now look to outsource our creative tasks where possible to pass the buck to others. Instant gratification lies around each and every corner, ensnaring our attention at regular intervals. The art of leaving your phone face down, as I have done in order to write this piece, is one increasingly seen at family dinners, business meetings and many other tabletops across the country – as if this makes a difference.

Technology has become the antithesis of creativity; as it makes everything easier, there’s less need to create solutions and problem-solve on a regular basis. But the ideal environment for ‘being creative’ has always been hard to define. Creativity itself is somewhat contradictory; never borne of chaos, ridding oneself of distraction has always been imperative, and yet having nothing ‘to do’ is what makes thinkers often appear idle.

A flow state, one which an individual finds themselves fully immersed in an activity, seems increasingly difficult to achieve. This is the pinnacle of creativity yet wrestles against our digitally-shortened attention spans; online content is spoonfed to our overactive minds. We’ve become spectators of information that whiz past us at a thousand miles an hour, rather than consumers who hungrily engage with opinions burning on our tongues.

Today, an article is read for a mere 15 seconds on average. Even media designed to satisfy our curbed attention, video, averages 10 seconds of watch time. The recent rise in popularity of TikTok supports this hypothesis: ever eager for the next thing, we are no longer content with sourcing entertainment for ourselves: we want it on a platter, again and again, in bitesize, infinite-scrollable chunks. Their ‘for you’ feed does just this, with AI technology powering its personalized suggestions to keep you enthralled.

It is a conundrum to define what is needed for imagination – a last line of defense against robots taking it from us. What we can be sure of is this: the arrival of technology pushes us to analyse what it means to imagine, and the merits it has, as we assess its impact on our ability to remove oneself from the physical world and go to a place of originality.

Undoubtedly, the advancement of technology has altered the course of humanity. Moreover, our human desire for instant gratification has met its match. Feeding off one another, the combination of technology and immediate fulfillment combines to make an addiction-laced cocktail, lying in wait for anyone who gets marginally thirsty.

The way in which social media has prized open our mental shields and shone a bright light on issues such as anxiety, depression, loneliness (and the rest) is unprecedented. Its evolution has brought so many social issues into focus that, whilst now we face a landscape with an increasing amount of hurdles and conflict, we’re more aware than ever of the complexities of what it means to simply be human.

An unrelenting force, social channels and their availability cause even the strongest of resolves to bend to its will. Its strategy is all-encompassing with content curated for every online persona; videos take you on emotional rollercoasters in under a minute; long-form articles come with TL;DR attachments; fixes come in little pills to swallow down whenever there’s a lapse in focus on the task in hand. This attack on concentration comes in harsh waves, repeatedly beating against the rocky shores of our minds until we wake to the realisation we’ve been turned to smooth, uniform pebbles.

Furthermore, technology has simultaneously eliminated and created problems. Before, imagination was needed to answer queries that Google wasn’t readily waiting to answer. Problem-solving was an art that required brainpower. Today, there’s a reduced need to fix things on the fly as technology is so intuitive. Creativity isn’t needed to think out the box when something goes wrong: the next step is to simply source the answer. And yet, with more capabilities, technology now poses problems which were never an issue before. This tug of war between how we need to use our imaginations is a constant learning curve, an evolving beast. Staying on top of expectations is the breeding ground for what creativity needs to become in order to stand up to its new technological foe.

Technology was imagined by the human race; the iPhone, the internet, electric car, spaceship –  all imagined by someone. But like Frankenstein and his monster, has the creator become undone by its creation?

Increasingly there are reduced outlets for creativity. Lucky are those that utilise it for their day jobs, but most have to nourish themselves with hobbies. As humans, we understand the basics that go into our physical health: food, water, shelter. Our souls, however, cry for a whole other kind of nourishment. Vonnegut encapsulates the sentiment of the power of creating:

“Practicing an art, no matter how well or badly, is a way to make your soul grow, for heaven’s sake. Sing in the shower. Dance to the radio. Tell stories. Write a poem to a friend, even a lousy poem. Do it as well as you possibly can. You will get an enormous reward. You will have created something.”

Studies on the amount of time toddlers and teens spend glued to technology point us towards a world rife with screen addiction: the consequences of such generations are yet to be fully realised.

Hopped up on digital entertainment, their environments are so far-flung from the plasticine, glue and crayon days of those before them, that this new path is being toed with increasing uncertainty. Creativity is imperative for the soul, even for those who don’t regard themselves as such. It goes further than making us feel good about ourselves.

The Importance of Imagination

Evidence suggests that visualising ourselves doing something can, in fact, enable us to do it better. Visualisation and action are delicately wired together, and consequently, the motor cortex becomes activated whenever they jump into action. Mentally rehearsing our intended movements, or rather imaginings scenarios organizes our brain networks and creates more connections among different regions. These connections prime the mind and body for action and cause us to move more effectively. Moreover, the brain learns routine movements and becomes more fluid in its response, as a result.

This translates into the ability to learn new skills: merely thinking about playing the piano can make a difference to the way you play the next time you sit at one.

Imagining movement, known as movement imagery, is a technique used in helping those who have suffered from a stroke regain control of their body once more. The motor cortex becomes engaged whether you move or merely imagine yourself moving, so this exercise strengthens the injured areas of the brain and improves motor function, all through imagination. Furthermore, as we age our motor cortex has to work harder to imagine actions, and so using our imagination to keep it functioning remains imperative throughout our lifetimes. With technology striding to solve the world’s problems, sometimes solutions lie right at home.

It is possible to alter our perspective through imagining scenarios in a positive light. Participants in this 2017 experiment were asked to provide three lists: one of the people they liked, one of the people they disliked, and a third of places they were indifferent about. When lying in a fMRI scanner, imagining meeting someone they liked in say, a lift, participants found the positive affirmation of their loved one bled into the neutral surroundings. This then translated into feelings of visiting that place in the real world. The long and short of it is: our thoughts can alter our real-world attitudes, daydreams influence our inclinations and utilising our imagination proves beneficial for our emotional health.

It’s a wonder whether this translates into the digital world. Does imagining online interactions help us to facilitate the way they then play out? Technology increasingly removes us from the physical world, but our brains are still wired the same. Bigger questions than just those surrounding creativity come under scrutiny: how do our psychological behaviours alter as a result of this battle between our digital and intellectual minds?

More than ever, we need to differentiate ourselves from machines. It is our capability to imagine another world, to transform the current climate into something seemingly far off and fantastical, that can’t be replicated in cogs and wires. The debate surrounding whether robots one day could have an imagination is flimsy; with little evidence around our own in existence, it’s impossible to predict the likelihood of this coming to fruition. The evidence to suggest they will take our jobs is more concrete: 40% of jobs are set to be replaced by AI.

Unpicking the epochs of human history, already we have transcended an agricultural age dominated by work, an industrial age of commodities, and an informational age of knowledge. The emergence of AI, VR and other forms of technology now pushes us to the cusp of a new era. As one can argue our economic value is soon to lie fiercely in our imaginations, and with creative jobs consistently on the rise, we hurtle ever faster to an age of imagination.

An imagination economy defines itself as one which revolves around initiative thinking after logical and rational thought has been outsourced, namely to AI. Thus it’s imperative more than ever that we nurture our skills and outlets for creativity. If imagination is to become a key commodity, extracting ourselves from the sticky grasp of technology long enough to hone our natural abilities is how we make ourselves valuable.

With a future that’s looking to be hyper-focused on the differentiation between human and machine capabilities: the best outlook divides roles into those conducted by bots and more creative, precision tasks that utilise unique, human skills. Technology has become a crutch of humanity: a simultaneous distraction and propellor into the future of which we can only imagine. 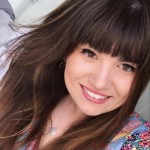 How Blogging Benefits Your Business and Marketing

The Best Tips for Growing Your Business Faster by Using Outsourcing