It’s been said that there is nothing new under the sun, and that every idea spawns from other ideas. And while it is certainly true that some of the greatest innovations of our time took inspiration from other sources, there is a profound difference between being inspired by an idea and looking for ways to make modifications and improvements to creating an entirely new product, and copying the idea and presenting it as your own.

While most reasonable people agree that copying other products without authorization, or stealing intellectual property to create an identical product is not only legally wrong, but also ethically suspect, there are plenty of people who see nothing wrong with pirating stolen ideas for profit. We’ve all heard of the dangers of using pirated software; how fake copies of programs might be inexpensive, but may contain harmful code that wreaks havoc on networks and individual machines, costing individuals and corporations billions of dollars every year in lost productivity, repairs, and in some cases, punitive damages.

However, what many people don’t realize is that software piracy, and the theft of intellectual property, actually has a seriously detrimental effect on economic growth and sustainability. In short, that fake copy of Adobe Photoshop that you got for a few dollars on the Web potentially takes money out of everyone’s pockets and costs Americans jobs.

How Piracy Costs Us

Many people, when they think of software piracy, think of the person buying cheap copies of software from illegal vendors, or someone copying programs from their employer or a friend. “How does that possibly cost the software companies money?” you might think. “Besides, they make billions. Is my $149.95 really going to make that much of a difference?”

On one hand, there is some truth to those statements. If your only two options are to illegally obtain a copy of the software or go without, then the software manufacturer doesn’t really lose a sale, since you won’t be buying from them anyway. However, it’s not individual purchasers who are costing the companies money. It’s the pirates themselves, who manufacture thousands of copies of software to sell. In other words, losing your $149.95 isn’t going to amount to all that much when looking at the developer’s bottom line. Losing the $149.95 times 1,000, 2,000, or even 10,000? That is going to affect the developer.

The National Association of Manufacturers released a study in 2013 outlining the actual costs of software piracy. According to NAMS’ estimates, manufacturers alone — just those who actually produce and package physical software — lost nearly $240 billion to pirates from 2010-2012 alone. This contributed to a $70 billion decrease to the U.S. GDP, and resulted in the loss of 42 million jobs in the manufacturing sector. The Business Software Alliance has reached similar conclusions regarding the economic impact of software piracy. The BSA estimates that software piracy costs $62.7 billion worldwide, a figure that includes all of the costs associated with piracy.

As the NAMS report points out, software piracy not only costs jobs, as decreased demand leads to layoffs and shutdowns, but also diverts the funds that companies could be putting toward research and development, lowering costs, investing in their communities, and hiring new workers — all of which contribute to a growing, thriving community.

Obviously, stopping software piracy and preventing intellectual property theft isn’t going to solve all of the country’s economic woes, but taking precautions to prevent unnecessary losses can help keep the money where it belongs and foster growth. According to the BSA, reducing software piracy by as little as 10 percent could potentially add $52 billion to the gross domestic product within three years – that’s almost equal to the amount of the profits earned by the American manufacturing sector in 2009.

In addition, reducing piracy also has the potential to increase tax revenues by $8 billion – and create new jobs. For example, China added 220,000 new jobs to the IT sector between 2003 and 2010, which experts directly attribute to reduced software piracy in that country.

So how do we go about reducing software piracy? Clearly, much depends on the software developers themselves, and implementing tools to prevent piracy and ensure appropriate use. However, consumers and businesses can join the fight against piracy as well, via the following methods.

The BSA also points out that governments have a responsibility to stop the spread of piracy as well. More than 90 countries have signed treaties with the World Intellectual Property Organization (WIPO) to allow for better enforcement of copyright protections. Under these treaties, countries have an obligation to enforce intellectual property and copyright laws, and investigate and prosecute cases of software piracy.

However, many believe that software piracy violations are not treated as seriously as other crimes, and that most punishments are not effective deterrents. Given the positive effect that stopping the pirates can have on economic growth, though, it only makes sense that countries bound by WIPO treaties step up their enforcement of antipiracy laws and put the tools for detection, investigation, and prosecution in place — and enact stiffer penalties for those convicted of stealing intellectual property and pirating software. In fact, the BSA is pushing for new legislation in the U.S. that would double the fines imposed on convicted software pirates, and make it easier to include jail time as part of the punishment.

Software piracy clearly has an impact on overall economic growth, never mind the sustainability of the manufacturers and developers. When you understand the overall picture, it only makes sense that you should take piracy seriously, and a part of the solution. 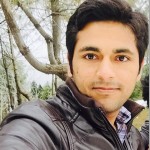