The Software Development Guide For Startups

If you’re just starting out with your brand, you’ll no doubt have a whole shopping list of tasks to be completed – as well as a wish list as long as your arm.  In the brave new world of 2020, software is probably the single most important factor in the success of a brand. Whether you just need help with an operating system or, you fancy a shiny new mobile app for your brand, software is likely to become a top buzzword for your company in its infancy.  As important as software development is, many new startups find themselves overwhelmed at the thought of getting started.  The following is a guide to everything you need to know to get started on your software development journey but, first things first… When we use the term software, we’re referring to programs and operating information that a computer uses to perform tasks.  A lot of software can be bought ‘off the shelf’ such as packages for Enterprise Resource Planning, Customer Relationship Management and Point Of Sale.  Although packages such as these are widely available and are relatively inexpensive, they have a tendency to be ‘one size fits all’ which is why an increasing number of brands choose to have their own bespoke software – for which, software development is required.

Common Types of Software for Brands

The term ‘software’ covers a multitude of functions and the following are the most commonly bought or commissioned types of software available:

As the name suggests, this kind of development is all about creating functional web pages of varying complexity.  This kind of software development generally uses HTML, Javascript, Django, C/C++, Python, or ASP.NET. These days, most of us have multiple apps on our phones and our laptops, and, as such, app development is huge in the development industry.  App developers will usually utilize Java, VB.NET, C/C++, C#, or Python.

The back end (also sometimes known as a server) is the part of a website which stores super important data and takes care of making sure that a website is healthy and isn’t prone to errors.  Your back end software developer will have a wealth of knowledge including Python, Java, C, and C++ as well as (my)SQL, DBase, and Oracle.

These examples give you a good idea of the broad scope of software development and, the languages needed to get the job done.

What Is Software Development?

A Brief History of Software Development

It’s thought that the first-ever piece of software created was all the way back in 1948 and was a mathematical calculator named the Manchester Small Scale Experimental Machine (SSEM).  Created by Tom Kilburn and Freddie Williams, the SSEM took 52 minutes to compute the greatest divisor of 2 to the power of 18 (262.144).  Back in these fledgling years, software was comprised of punch cards containing a series of holes which would denote specific instructions for the machine.   Things have moved on a little since then and, today, software development is slick, sophisticated, and a number one priority for brands. From the advent of personal computing in the 1970s, software development has enjoyed a pretty steep trajectory which can be roughly mapped as follows:

Requirements for a Software Developer

Due to the complex and technical nature of software development, some specialist skills and experience are required.  Although this can vary from role to role and location to location, these will generally include:

If you’re looking to hire a software developer for your brand, the above should be considered a minimum requirement for successful candidates.

Hiring a full or part-time software developer for your company can often be expensive – particularly as, due to the nature of the work, you’ll often find yourself paying a salary to an employee who experiences a considerable amount of downtime.  For this reason, more and more brands are, instead, choosing to outsource their software development requirements.

The Lowdown on Software Development Outsourcing

Software development outsourcing has a lot of moving parts and, it’s important to make sure that you know your options before committing to a company or individual.  The following is all you need to know about finding the perfect match for you and your brand:

Knowing What You Want

This may sound like stating the obvious but, before you even begin to research developers, you need to be crystal clear about what it is that you want from your software.  This is vital as, at some point, you’re going to need to communicate your wants and requirements to a developer and, so, getting this straight for yourself first will save a lot of time, money, and hassle.  In order to do this, you’ll need to ask – and answer – a number of questions including:

By completing this stage, you’ve created a clear picture of what you expect your software developer to accomplish for you.  Additionally, knowing exactly what you want means that you’ll be able to form an idea of the kind of skill and level of expertise that your project is likely to require.  This will help you in your initial search for a developer – as we’ll come to shortly.

If you take a quick peek at Google, you’ll see that there are literally thousands of them out there, which can be overwhelming.  As with anything else, not all developers are created equal – which means that you need to be prepared to invest some time in research.  The first thing you need to decide is the location of your developer as this will impact the price of your project.  When it comes to location, you generally have three choices:

Choosing a developer in the same town or city as yourself is a choice based on convenience.  Not only will you be able to meet with the developer before signing on the dotted line but, he or she will be able to visit your premises for meetings and updates.  On the downside, it may well be the case that a local developer is a more expensive option – particularly if your premises are in a major city.

Those who prefer their developer to be in the same country may opt to hire a company in a cheaper area; for example, a brand based in London might hire a developer from Carlisle.  The benefits of doing this include convenience for meetings and cost savings; although the latter is unlikely to be significant.

“An increasingly popular method of outsourcing, nearshoring is the act of choosing a developer in a neighboring country in order to make significant cost savings,” says Jack Zmudzinski from startnearshoring.com. For example, a brand in Manchester might hire a developer in Poland in order to save money.  Although not as convenient as going local, short distances and cheap flights mean that meetings are still possible.

Once you’ve decided on the location of your developer, it’s time to see what’s out there.   You can, of course, simply turn to the Gods of Google for this, however, it’s a really good idea to first ask for recommendations.  You can do this by tapping into forums, Facebook groups, and review sites.  From here, you should be able to create a shortlist of potential developers for your software.

Just as you would interview a candidate for a position with your company, you now need to probe your potentials to see if they’re up to snuff.  You can do this by asking a series of questions including:

Where possible, it’s always best to meet with potential developers in person as this will give you a much better idea of how they work, how professional they are and, whether or not they share your brand’s ethos and work culture.

Although the process of finding and researching of developers may seem long-winded, it’s a necessary investment of time.  As we rely more and more on software for our businesses, our software requirements will increase over time.  For this reason, most brands find it important to find a software developer with whom they can form a long term relationship and, so, finding the right one first time really is more than half the battle.

Whether you’re just looking for a super-clever piece of kit to help with customer support or, you’re after a whole Starship Enterprise style system for the running of your brand, your software developer will be an essential part of your team.  Knowing where to look and what to look for is an incredibly valuable tool in making sure that you have a developer who will be able to go the distance with you. 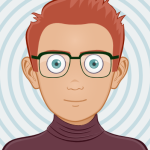