When developing any software or application, the testing stage is crucial to iron out the details of your project and prepare it for launch. Testing teams must do everything they can to detect errors and increase the software’s quality, but human error inevitably wins out.

Manual testing, while important, has its limitations. However, automation testing can streamline your tests and significantly improve your software efficiency and reliability. Here’s how.

An automated test environment leads to reduced testing costs because fewer resources are being used. Although installing and implementing automation software is initially costly, businesses can save hundreds per hour once they switch over from manual testing.

Some testing resources are even free. For example, TestProject is a free end-to-end test automation platform that saves you time and money and eliminates the tedium of manual tests.

Manual tests place strict limitations on the number of tests you can verify, but automation grants engineers the ability to write new tests and add them to the automated suite. Not only does this free up development time, but it also makes it easier for businesses to test consistently.

For instance, if you add another feature to an app or software, testers can fill the automation suite with new test markers that account for complex use cases and compatibility.

Redundancy is a big problem for manual tests because you can’t perform cross-browser testing on different browsers. However, automation tools can run the exact same test across multiple browsers simultaneously and adjust its test markers for software updates.

Manual testing can slow down the number of browsers tested in a period, but automation can complete the required number of tests in a short span for several OS combinations.

Any programmer knows that rummaging through someone else’s code or manual testing session is a recipe for disaster. Although some coders leave comments embedded in their code, that still means you need to read each line of code before you can start a new session.

With automation software, you can easily see what other engineers have done, which scripts were written, what tests were performed, and which bugs were found and fixed.

Creating a testing schedule is often more complicated than it has to be because each industry, company, and program has its own testing suite. While an automated testing suite is perfect for varied projects, manual tests are nearly impossible to duplicate without software tools.

If you’re going to use tools anyway, you might as well automate your process. By doing so, you can reuse and set up your testing suites for just about any project, regardless of scope or size.

Although automation software takes care of most tests, it can’t completely replace manual testing. There are multiple scenarios that are not worth automating because they don’t give you a full picture of user behavior. Automation may flag a problem when there isn’t one.

You still need human eyes in software development in some instances. Automation frees up the tester’s time, so it can be better spent on forming new test cases or advancing testing metrics.

Automation testing cuts down on time spent on test implementation by several days, weeks, or even months because you can let the program run, 24/7, in the background.

8. Bug Fixes Before The Implementation Stage

All software development teams have strict deadlines they have to adhere to, but with manual testing alone, it would be impossible for testers to cross the finish line. A rushed development cycle often leads to a poorly produced product littered with bugs, glitches, or dead links.

Some companies have to release software when it isn’t ready, damaging their reputation. Automation software gives enough time to correct your code before launch day.

Accelerated product release requires accelerated coding. Automation testing helps Agile development teams test every aspect of their code quickly to ensure everything is functioning at the time of release. Then, Agile teams can fix and update features as they come.

Without Agile development, testers would have to go back to the first stage, requirements, if something changed. With Agile, testers can continuously test no matter what happens.

You can’t avoid test automation after implementing DevOps or continuous integration/delivery (CI/CD). Since DevOps and CI/CE encourage team members to integrate their work with increasing frequency, you need to accurately and rapidly test your code flawlessly.

CI/CD increases the complexity of your code and test cases to the point that you would need experienced engineers to find and fix bottlenecks, either with automation or manual tests. 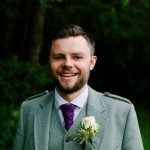