Any business seeking to build a mobile app – no matter if it’s social media or not – should understand what makes social media apps so addicting and powerful. Using recent data from 511 smartphone owners, the following article offers tips and topics to consider when building your next mobile app.

Consider the power of social karma.

Even as humans spend more and more of our days staring at screens, it remains true that we are social creatures. Social media apps dominate our mobile lives because we crave attention and validation from our friends and family.

Consider that the most commonly used feature on social media apps is the “like” or “favorite.”

This is the most easily used feature. However, users may like or favorite content simply out of a desire to have their own content liked back.

“Our personal, narcissistic desire to have our stuff liked often leads us to do the same for others in hope of reciprocity,” said Dr. Andrew Selepak, director the master’s degree in social media program at the University of Florida. “I don’t think anybody posts something to social media in hope that no one will like it.”

“I feel like people use [the like] almost with social karma,” said Josh Krakauer, found and CEO of Sculpt, a social media marketing agency. “If you like something from someone else, their likelihood of liking [your content] back increases.”

Social karma is a powerful influencer. While an app can scream and shout about promotions and unique content all it wants, leveraging people’s social networks to increase their usage of an app is effective.

Not every user will approach a social media app in the same way.

While many think that younger people use every social media platform more, that isn’t true. Baby boomers check Facebook daily more than Gen Xers or millennials.

The data suggest that older users are less likely to abandon their previously used apps and pivot to a new platform.

Facebook, as one of longest-lasting social media platforms, works for them – and if they are having trouble with Facebook, they are more likely to stick with it and figure it out. Meanwhile, younger users expect a well-targeted app and will abandon it more quickly if it doesn’t meet their needs.

“Older users are okay with taking more time,” said Alex Levin, co-founder of L+R, a Brooklyn-based creative agency. “They blame themselves when they don’t understand an app, whereas younger users will blame the application itself – the developer and designers – for not designing it in a way that’s intuitive for them.”

Meanwhile, millennials use Snapchat far more than other generations.

“One major reason why Snapchat is such a dominant force with a younger audience is that the entire experience is designed so that the camera is the communication tool,” said Krakauer. “It’s really changed how millennials communicate with each other and feel like more personal space.”

Instead of scrolling through everyone’s information to find what they want, users can pick and choose. The effervescent nature of Snapchat’s content makes it feel less filtered.

“As Facebook has catered to everyone in the world, Snapchat has doubled down as being a place that still feels raw, unfiltered and personal,” said Krakauer.

While younger users may more quickly abandon a poorly targeted app, Snapchat does also exemplify a trend of “shareable design,” in which complicated design is encouraged.

Most good design is thought to be intuitive and largely this is true. Snapchat, however, has capitalized on millennials’ desire to feel like they are part of a group – and understanding little-known features can facilitate this group feeling.

Consider Snapchat’s “Snap Map.” The gesture requires an unintuitive two-finger pinch on the camera screen. Yet, many of Snapchat’s users learned about the feature from watching their friends. This turns their peers into product evangelists, whether they realize it or not.

If you are building a mobile app that targets younger audiences, learn from Snapchat’s success with personalized content and shareable design.

However, Facebook still succeeds as the world’s most popular social media platform because of its broad content and simple design.

Consider the colors of social media icons. They are, for the most part, bright and warm.

Instagram even controversially switched its beloved icon in May 2016 to make it brighter.

Bright colors attract our eyes. In fact, those battling smartphone addictions are recommended to turn their screens to grayscale.

Obviously, you do not want your app to encourage unhealthy habits. But to stand out on a user’s home screen, you’ll need an icon and an app that pops.

Push notifications are another design element that influences user behavior. Each notification alerts us to information and makes us feel like we need to check it right now. Social media apps combine this feeling with social karma to create a powerful tug.

“The vast majority of push notifications are just distractions that pull us out of the moment,” says Julian Morgans in “The Secret Ways Social Media Is Built for Addiction.”

“They get us hooked on pulling our phones out and getting lost in a quick hit of information that could wait for later or doesn’t matter at all,” he says.

Push notifications should be thoughtfully created. Sending too many, or sending ones that are meaningless, is harmful to both the app user and your business.

But smartly targeted push notifications can keep an app user coming back for more.

The Success of Social Media Apps Should Be Kept in Mind

Any mobile app will likely need to compete with Facebook, Instagram, and Snapchat for a smartphone owner’s attention.

Understanding what makes social media apps so successful can help your business create a more effective mobile app, of any kind. 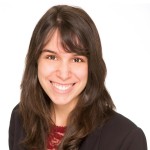