Satellite Internet vs. Ethernet: Why Satellite is Years Behind There are plenty of times and places to apply satellite based network services. Many people who have remote locations run an entire branch on one satellite modem. However for a larger network infrastructure or for packet heavy communications, Ethernet services perform vastly better. That’s why businesses are weighing satellite internet vs. Ethernet.

Even Satellite Today understands the problem that even advanced satellite modems encounter, data packet partitioning. When information passes through a network, it sends packets of data to the end destination. These packets can be large or small, but each bit of information that needs to be passed is bunched into a packet for the network.

Satellite modems are very capable of sending large packets of data, however they run into issues if they need to send a lot of packets, such as 20 people using VOIP providers to communicate. The modem may be able to handle eight large packets of data, but when it starts to receive more packets than it can handle, quality will suffer if the modem has fail safe protocols, or lock up and reboot. For this reason, it is especially important to carefully consider not only the data speeds of the satellite modem, but also the packet capacity as well.

Ethernet services work on a slightly different principle to take advantage of the hardwired, reliable connections called Asynchronous Transfer Mode, or ATM for short. Instead of allocating a number of packets and sending large volumes of data across the network, Ethernet modems chop up that large data into smaller packets and give them a 16-bit code of address information called an ATM tax in the IT world. This packet allocation protocol allows the network to handle infinite number of packets coming through because at the receiving end, that 16-bit address line tells the receiving modem how the packet is meant to be reassembled.

What Does This Mean to the Large and Small Business Owner?

There are some remote locations where satellite internet is all that is available. In those situations with smart IT planning, a hybrid system of Ethernet routing and a satellite modem can adequately satisfy the needs of the business or operations. However, the reason satellite internet is years behind, is that even with a well managed suite of Ethernet services, the satellite modem and data transfer protocols will always be a bottleneck that can be compensated for, but never alleviated.

An Ethernet based network resulting in a cable or fiber-optic network connection creates a lateral network. Rather than data circulating naturally, only to slow down at the smallness of the pipeline, Ethernet with its ATM protocol can perform almost outrageous feats of networking such as sending one ultimate data files through two routers using standard ATM packets, coping with hundreds of different packet sources requiring data communication of both large and small file size, and Ethernet services also provide IT teams many opportunities to redesign the network to alleviate congestion, or clamp down on an insufficient network.

When deciding on your routing and modem technologies, you the business owner know best what to do for your company, but consider these pivot points before you invest too much in either technology.

I hope this explains Satellite Internet vs. Ethernet. I’d love to hear your comments. 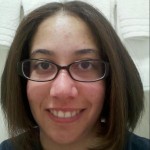