Maybe you’ve noticed that there’s a certain set of tools/services/technologies that many online publishers constantly promote as the best thing ever. And I’m not saying that those popular tech tools are particularly weak … I’m just saying that sometimes a better alternative is not far away.

Here, I want to present these better alternatives and explain the benefits they have to offer. Mind that this is about running your business using the internet and a computer as your main work tools.

Dropbox is surely something you’re familiar with. It’s an online backup and data synchronization platform.

It is easy to use, I give it that, and it’s a great way of keeping your crucial data safe and backed up in case of a hard disk crash or other problems. On top of that, you can access your data from any device with internet access.

There are even plans for mid- to big-sized businesses, and a free trial to check them out.

… But there’s still something better.

In short, Sugar Sync provides a very similar functionality, only better. And I’m not just saying, here are the facts:

With Dropbox, the most annoying thing for me was that I could only back up my Dropbox folder. The biggest problem with this is that most software apps use their own custom locations for storing some important files, and Dropbox will simply not allow you to back them up. Sugar Sync will.

Shared hosting is the simplest type of hosting available on the internet. Many business owners decide to launch their sites on shared hosting due to low prices and a quick setup process (it’s offered by all major hosting providers like Host Gator, Site5, WebNet Hosting, Blue Host, and others).

In essence, a shared hosting plan is one where you – the customer – share a physical machine (a server) with a number of other customers of your hosting company.

The problem with shared hosting is that you are prone to some issues that might present themselves on the machine your website is hosted on. Those issues don’t even have to be caused by you or your site.

For instance, about a month ago, my site got infected with malware. It wasn’t my fault, and I didn’t even find out until Google sent me an email saying that they erased my site from their rankings (yes, it can get that serious) due to some malware problems.

Since it was a shared hosting platform, fighting the threat was very difficult because the problem was not inside any of my site’s files. It was probably caused by some other customer who infected the whole server.

In the end, I was able to get everything back on track (kind of; I had to switch hosting providers).

Let’s have a quick glance at Wikipedia for an answer. Even though it’s not always the best source of information, in this case it’s quite spot on.

Having such a solution at your disposal gives you the possibility to quickly diagnose any problem because other VPSs running on the same machine have very little impact on yours.

Furthermore, if your VPS is a managed one – like the managed WordPress hosting at WebNet Hosting – you get a number of additional benefits.

The fact that your account is being managed means that you don’t actually have to do any administrative work yourself. Your hosting provider will take care of all updates, keeping your server safe, and dealing with any other issues. Because everything is done by professionals, you don’t even need to get dirty and pay attention to the technical stuff.

The only downside is that it is a solution that’s a bit more expensive than shared hosting (around $40 per month or so).

Planning, managing and keeping track of things with MS Word

Microsoft Word was always the cornerstone of business management.

These days, people use Word (or other similar software) to store just about any type of data. Even things like various plans, to-do lists, and project management lists. The only problem is that it’s not the most effective approach.

Let me set one thing straight. Word is still the top app when it comes to creating text documents, I’m not saying it isn’t. Also, this is not about some obvious alternatives like Open Office (I personally don’t believe in it). This is about something completely different.

The main problem with managing your to-do lists and other meta-information revolving around your business is that if you do it inside Word, you’ll have to create a number of nested bullet lists that will be very difficult to go through.

In short, a mind map is a diagram that visually represents our ideas and thoughts around any given topic.

The core of a mind map is usually just a single word, which is then expanded to describe a number of related ideas.

As it turns out, mind mapping is a lot better tool for planning, managing ideas, creating to-do lists, and doing any other sort of business management work.

On top of that, the best mind mapping app is free. It’s called FreeMind and it runs on all major platforms.

It’s easy to use (lots of keyboard shortcuts), intuitive, and lightweight. Furthermore, you can take your mind map files and synchronize them through Sugar Sync, which gives you one more advantage.

Feel free to also visit the mind map gallery for some ideas on what’s possible with FreeMind.

This concludes the list of popular technologies (and their better alternatives) to use when running a business. Do you have any insights of your own, or other tools you’d like to mention? 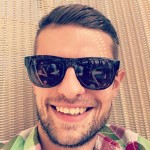 Does Cox Offer Cable and Internet for Low Income Families?