Five Reasons to Use Xamarin for Cross-Platform Development

A current-day mobile market shows explosive growth with the worldwide sales of mobile devices that are predicted to reach 2.1 billion by 2019. The ongoing mobilization inevitably boosts mobile app creation, and the market demand for them is expected to outstrip fivefold the service providers’ development capacities. Mobile application building is thus a gold mine for companies that can develop quickly and competently.

But how does one build a quality software within short timeframes if there are several platforms on which the app must be replicated? Indeed, as statistics show, the mobile market is divided among Android, iOS, Windows Mobile and other mobile operating systems, with their respective shares of 81.7%, 17.9%, 0.3%, and 0.1%. Businesses should consider developing their software for all mobile operating systems to achieve maximum reach.

An easy and safe way is turning to cross-platform mobile app development instead of the native one. Unlike tools for native apps, hybrid instruments should not be limited by releasing trouble-proof software within a reasonable time, but should also cope with platform functional differences. Xamarin cross-platform development tool is the first choice here, and the fact that 1,400,000+ developers worldwide make the best use out of the tool’s pros proves it.

Actually, the cross-platform mobile app development does not limit itself to a Xamarin tool. Indeed, an IT world offers a wide variety of instruments for creating software that will perform equally fine on all mobile platforms, such as:

So, choosing a proper tool for the development of a hybrid mobile app among the variety of offerings may become a headache problem for many companies. In most cases, experts suggest putting companies’ available resources and specific requirements at the heart of the choice. However, Xamarin combines best hallmarks that other competitive tools have, which allows it to be an optimal choice for the majority of businesses. Let’s investigate the reasons why 15,000+ companies consider Xamarin the best relevant tool for hybrid creation and opt for it when developing robust and healthy mobile apps for Android, iOS and Windows Mobile.

Reasons to Use Xamarin for Cross-Platform Development

What sets this instrument apart from other competitive offerings is that it leverages the benefits of C# it is built on, such as it:

Below are the reasons that explain why to use Xamarin and what benefits service providers can get from this tool.

While certain instruments allow developing software for most common Android and iOS systems, Xamarin does not neglect Windows Phone and Blackberry users who are in the minority now.

Xamarin.Forms help convert apps written in Objective-C, Java, and .NET (for iOS, Android and Windows, respectively) into Xamarin language (C#) by sharing its codebase among the platforms. The shared codebase, as well as its libraries with Visual Studio or Xamarin Studio, allows writing single software that suits all operating systems. This software provides full native user experience, behavior and appearance patterns at the same time.

Xamarin-based applications have access to full functionality a device or platform offers. They leverage platform-centric hardware and APIs, such as wireless, location services, battery information, and even such platform-specific services as Android Fragments or iBeacons to ensure native UI design and positive user experience.

Unlike the majority of cross-platform development tools that deprive platforms of their uniqueness, Xamarin accentuates their hallmarks. Moreover, it takes full advantage of the distinction between various mobile operating systems, which is usually considered to be a con.

Since cross-platform app creation eliminates the need for separate apps for different mobile operating systems, Xamarin also enjoys this advantage. That is why it takes only one development team to deliver software that operates on all existing mobile platforms, and a company does not need to hire several teams. Also, it avoids a steep learning curve, as very few developers have the sufficient expertise to code for all required platforms.

Also, a single team can troubleshoot app performance issues after deployment and release, which significantly reduces expenses on maintenance.

With Xamarin, you can code once and then share the application logic across all mobile operating systems. It eliminates the need to repeat the same procedure for multiple platforms, which reduces the time a team spends on software building. The same is true for its after-sales maintenance: a team needs to fix issues in only one application.

The only thing that keeps Xamarin-based software from the full native performance is the extra abstraction layer. Despite its absence, the solution leaves behind other hybrid development tools with capacity indexes that are comparable with Objective-C, Java, and .NET for iOS, Android and Microsoft.

Xamarin-based solutions can be distributed on iOS App Store, Google Play and on Microsoft Store on equal terms with native apps as the former comply with all markets’ distribution requirements.

The research of the IBM Center for Applied Insights shows that two-thirds of mobile applications fail to meet schedule and budget and to fulfill project goals. A powerful hybrid development tool, Xamarin helps companies minimize the costs and the time spent on app creation while maintaining the native user experience and robust application architecture.

Munich-based SaM Solutions, along with 15,000+ other service providers, do not wonder “How good is Xamarin?” anymore. Rather, they have set about leveraging its advantages in their cross-platform solutions to create robust and up-to-date apps for smartphones and tablets. Moreover, giant enterprises such as CocaCola, Kimberly-Clark, and Siemens have also gone along this route and turned to Xamarin for the development of their mobile solutions.

leaning on a window– stock image 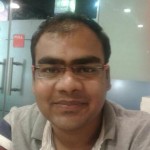 Miten Shah is the guiding light and spirit behind the firm SeoWebSolutions Company. With a passion to provide high quality content and web experience, he has always endeavored to put forth his best.