How Can Mobile Apps Contribute to the Success of IoT The Internet of Things (IoT) is inescapable as it slowly encroaches every aspect of our day-to-day lives.

With relevance to nearly every industry, IoT continues to strengthen as we enter a world obsessed with technology powered by 5G and 802.11ax (or, Wi-Fi 6).

If you are unfamiliar with IoT, then we need to first take a small step back.

The IoT is a network of technologically-enabled devices, objects, machines, and applications that use sensors, software, end-user input, and other forms of networking and connectivity to share information and data.

This technology is called the Internet of Things because this is literally what it is—a network of “things” communicating through the Internet.

At the most basic level, an IoT network includes your smartphone, a smart home assistant, such as Amazon Alexa, and perhaps an appliance or two with Wi-Fi capacities.

The IoT and Mobile Apps

In an IoT environment, our smartphones and tablets perform as remote controls. These mobile devices are the primary interface through which we interact with IoT networks.

This convenient arrangement did not happen by accident. Our devices come packed full of features and connectivity options, such as Wi-Fi, NFC, and Bluetooth that qualify them for the job.

Have you ever controlled your lights, turned off a socket or checked who is at your door through your phone? That’s the IoT in action with your smartphone communicating as the intermediary.

In the homes of the future when IoT has fully grown up, these devices will need robust mobile applications supporting them so that IoT can function optimally.

This is not the only reason, though, as there are plenty of ways that the IoT can be leveraged through smart mobile apps.

Smartphone Use is Constantly Increasing

At the time of writing, there are estimated to be over 2.5 billion smartphone users worldwide. Furthermore, research has shown that smartphone usage will increase considerably as mobile connectivity becomes more widespread throughout the world.

With this increased usage comes the production of valuable data that, if collected and appropriately used by mobile apps, could contribute heavily to the growth and development of the IoT.

Of course, this result depends on the type of app and the data it collects. In the current technological climate, any and all data is inherently valuable.

Developing a mobile application is relatively inexpensive. So, creating applications that are IoT-centric makes sense as it improves overall accessibility and flexibility.

Mobile apps become the perfect medium for the transmission of information, especially when compared to web-based applications and tools.

Since this “remote” is always in our pockets, its use is frequent and natural, and adoption is high.

IoT centric apps need to be user-friendly, but they don’t focus on the user interface (UI) as other mobile applications. Here, the developer’s focus should lie in improving the integration between the app and smart devices.

Communication between the app and the device needs to be fast and secure, as it may contain sensitive information.

Therefore, security and data encryption plays an important part in developing mobile applications for the internet of things.

This trend in mobile app development makes the lives of both developers and users easier. Users get a personalized experience, and developers need to put less effort when creating a mobile app.

Smart devices and IoT-centric apps will evolve with the continuous progression of IoT.

Physical devices and sensors are only a small part of the overall IoT puzzle. For IoT to grow to its full potential, mobile applications must be developed with the IoT as the core feature.

What does this mean?

Well, let’s consider one key problem the IoT currently faces: data exchange, or rather, the lack of it in real-time.

What good is a mobile product such as Ring if you are not notified of a visitor at your door as soon as they press the bell?

Though this may appear to be a trivial point, as the IoT develops further, we will see more objects transmitting valuable data through integrated sensors around-the-clock.

This data must be transmitted and disseminated in real-time for the IoT to become all that it is predicted to be.

Without highly functional mobile applications that are easy to use and built specifically for IoT devices, end users will struggle to adapt.

Business owners, product manufacturers, and service providers should appreciate the role that IoT currently plays and will continue to play in our world.

No matter what product you sell, what service you provide or in what industry you operate, the IoT applies at least to some if not all of it.

So, you must focus on the deployment of apps that account for the IoT in relation to your company’s activities.

By preparing yourself for the growth of IoT devices and deploying apps that are IoT-enabled at even a basic level, you will benefit from easier integration with emerging technologies, heightened convenience for your users, and gain a competitive advantage within your industry as many companies have yet to embrace the IoT.

Looking to the Future

While the IoT remains an emerging technology that few people know about, it is only a matter of time until it explodes and IoT devices become commonplace beyond today’s typical use cases.

Naturally, the IoT will be the primary driving force behind future mobile app development.

With the number of connected devices expected to surpass 10 billion next year, businesses must start thinking soon about how they can ready themselves.

It’s not all about businesses catering to their demographics, of course.

There is a great deal of value that can be extracted from mobile apps that are engineered to be IoT-centric.

Smartphones and other mobile devices carry a great deal of promise and given that these can be used to access IoT solutions on a global scale easily, they will contribute to the development of better and smarter IoT solutions. 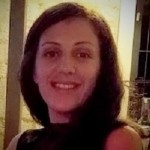