What to Always Consider When Developing a Native Mobile App

The growth in technology has brought the entire world at our fingertips; yes, I am talking about smartphones. This gadget is what people consider to be an essential part of their lives. Just by sitting in your bedrooms you can know about the entire universe, order food, apparels, shoes, connect with your family and friends sitting in another continent, etc. all of it just by the click of a button.

Indeed it is a marvelous invention.

Specific mobile applications do all these things which are mentioned above, also called apps. These apps solve every problem of ours, you just have to open them and tell your requirement, and your product will be delivered at your doorsteps in no time at all.

There are a number of apps available in your mobile app market; you have to download them as per your requirements.

With the advent of android and iOS, mobile application development has taken a massive leap in terms of sophistication in app development technology. Every application developed, weather for android or iOS was tailor-made considering the platform for which it was built, back end, user interface, target audience, etc.

The developers got down to the nitty-gritty of the app designing.

Every mobile application developer wants to provide his users with the best working experience in terms of the user interface, trouble-free experience, etc. At the inception of smartphone technology, a decade back, all the applications were designed generally, such that it could be operated on any system, like laptops, mobile phones, tablets, etc.

Now the applications developed were specific and compatible with operating systems and devices. This gave the users a better working experience on the apps. These specially designed apps for the operating systems are called Native apps.

What is a Native Mobile App?

Basically, there are three types of mobile applications available on any operating system platform, Web applications, Hybrid Applications, and Native Applications. A native application is a software that is designed specifically for a particular platform or device on which it is to be used. The programming of these applications is done on platform compatible languages, which means, the language which the platform is programmed with.

The native apps are the most general type of applications that we use on our phones. Since they are platform-specific, that’s why some apps do not run on other device platforms than its parent platform.

Google and Apple both provide their app developers with their platform-specific tools. Because of this, the app provides optimized and enhanced performance to the user since it is developed in accordance with the guidelines and frame the company provides. So, it leaves very little margin for error.

What is Native App Development?

They can be used only after installation. Compatibility is not an issue as they have no link to the web browsers.

Now that we are familiar with the concept of Native apps, let us now discuss some important aspects of native apps that you should keep in mind while developing them.

The most important aspect of the success of anything is creating a connection with the audience.

In this case, also, you must remember that the success of your app would depend on your target audience’s acceptance of your app. You should know precisely what is in demand in the market, what the users need, what technologies are being utilized the most.

Always concentrate on these aspects while developing the app. And you fail to satisfy the user’s needs and expectations; then your app will get uninstalled.

Also, what you should keep in mind is the age group you want to target, the country, gender, interests, profession, etc.

Getting down to the basics of what your app is all about will help you achieve success. For example, if you are developing a shopping application, then, you can put different pictures related to the products on display, so that the audience can connect with your app.

The second most crucial aspect for app development is knowledge about the mobile platform where you intend your users to run the app.

There are different platforms on which your app can run like, android, iOS, and windows. When you develop an app, remember to program your app in such a way that it is compatible with the mobile platform so that speed, better-looking user interface, and the lag-free app can be developed.

Now, you must be wondering why can’t we use a single programming language for all the operating platforms. Yes, I can do it. The apps developed are categorized under hybrid apps. All these apps have their advantages and disadvantages. As a developer, you must be aware of all the things, so that you can make an app that has pros of all the different platforms.

The most significant feature of an app is the looks of it. It is very important for the developer to be very creative with the looks, as looks are the first thing that the user will see in your app, even before the content. So, it is essential to create a look that pleases the user. Otherwise, a dull look can put him off, and he can uninstall the application.

Then have a user-friendly interface is equally important, he menus and the instructions should be very clear so that the user can have a hassle-free experience while operating.

A survey tells that, majority of users do not come back to an app if it does not have a user-friendly interface. Seamless working experience is what any user looks for.

That is the reason companies spend more on app development. A bad app can affect the brand image of the company.

The majority of the apps nowadays are API driven. Also, not all the apps need custom back-end as they easily connect to the mobiles using APIs.

You can support the whole app with the local database as these do not need any back-end support. The speed of scalability, accessibility of the data on the app, security, and safety of the data are some of the most critical factors that need to be taken into account.

Having a safe and secure application is paramount to all other aspects. A user will never like to use an app which is not secured or where the data of the user is unprotected.

There is so much data on the apps nowadays that any hacker can easily hack and use it. The online payment is very common by the users, the card details of the users which they store on the app, which they use frequently.

Though the security of the app has significantly increased in recent times, just one instance of that sort will be enough to get your app down.

So, having a secure app is essential.

Every now and then, the apps get updated. It is very important for the developer to keep in mind that none of the updates compromises the speed, security, and accessibility of the data.

There are many users using the apps on different platforms like Android, iOS, and windows with a different version of the apps.

So, the programmer must be smart enough to code the application software in such a way that, all the users irrespective of the platforms and the versions of the app they use get the same user experience.

The coding of the app in this way would empower the app to go a long way; otherwise, it will start to fall apart once the app becomes outdated.

The last on our list is, knowing your competitors in the market. It is essential for the developer to scan the market before developing an app, as chances are, the app you want to develop is already available in the market and quite successful.

If this is the case, then you will have to figure out ways to make people like your app. You will need to provide features and content in such a way that you surpass all your market competition.

Otherwise, it will be very difficult for you to compete as there are already developers which have done the same job and are before you in the market, so their app has better credibility than your newly developed app. 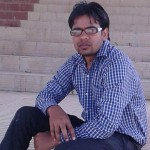