How Can You Use The Latest Core ML3 For iOS Application Development? What is Machine Learning? how does it help in application development?

Machine learning is a field of artificial intelligence that helps developers build smart applications that can learn and integrate user experiences in subsequent versions of applications to enhance the performance of applications, making it faster, lightweight and highly responsive. It reduces human intervention through the lifecycle stages of application development by the use of neural engines. Machine learning has algorithms that can study user behavior patterns and make suggestions and recommendations based on the behavior patterns of the user. It is widely used in security patterns and techniques like fingerprint or face unlock systems. A video or audio recognition type feature is also a machine learning type application. This algorithm is extensively used in building e-commerce websites.

What is Core ML?

While the use of machine learning is not quite new to the iOS platform, efforts were made earlier to incorporate this technique for better development of the apps. With iOS 10, Apple introduced two neural networks called BNNS and MPSCNN. Wherein, BNNS stands for Basic Neural Network Subroutines and MPSCNN stands for Metal Performance Shaders Convolutional Neural Network. It was a good step to introduce APIs based on machine learning, where, users can declare their data flow as the APIs can access the device’s GPU. But, this was a rather incomplete solution. It provided no interface for quickly converting third party models into an iOS readable model, and the developer was required to manually declare their neural network architecture and manage the data flow between all neurons in the network.

To solve this problem, Apple introduced Core ML in September 2017 with iOS 11 and it provided another layer of abstraction to the earlier frameworks. This introduced an interface to encapsulate a machine learning model that can use both CPU and GPU to convert third party models to Core ML format.

How is Core ML3 different from earlier versions?

When a machine learning algorithm is applied to training data, we get a model. You can use the model to perform complex tasks that are difficult to code and use to make predictions about any future scenarios. Apple provides the Core ML app bundled with XCode to create and train models. You can create the Core ML model, which is already in Core ML format ready to be used in the user’s device and if you use other libraries with a different format you can convert the same in Core ML format through Core ML Tools.

Developers can use the MLUpdateTask to perform training itself. Apple provides MLUpdateProgressHandlers, which allows arbitrary code to run at various times during training, such as when an epoch ends. Because some updates may take longer than a few seconds, Core ML tasks can now be run in the background for a short period.

Apple encouraged developers for tailor-made experiences and personalizations, rather than a common phenomenon. Developers can now perform on-device personalizations very easily. Developers can now, Simply take that general model and with the data the users created or regenerated, you can personalize that model with that data for that user. With Core ML3, you can integrate machine learning models into your app. Core ML provides a unified representation for all models. Your app uses Core ML APIs and user data to make predictions and to train or fine-tune models, all on the user’s device.

Core ML 3 reduces memory usage of a user’s device by optimization of CPU, GPU, and a neural engine. It also reduces the power consumption of a user’s device. With a local machine learning engine on the device, it removes the need for any network on the user’s device, keeping the data secure.

Now developers can directly use the Core ML app to create a Core ML model rather than inferencing and converting the same to a Core ML model. So, the models can be trained on the user’s device and learn from the user experience to improve itself. This is a great benefit for iOS developers and users.

Apple has provided a dedicated neural network known as Convoluted Neural Network (CNN). This neural network categorizes images for application based on the pixels and allows the input to be processed and classified. This can enhance design development for iOS developers and based on user experiences, evolve over time.

Core ML3 provides on-device personalization for developers. Earlier versions made provisions to personalize through inference and conversion of formats to Core ML format. Algorithms pre-installed in the app helps the device learn user behavior patterns and make recommendations accordingly for developers to incorporate them. 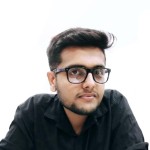