With the continuing proliferation in mobile devices, there is an upsurge of mobile app development trends over the past few years.

According to mobile app statistics collected by buildfire,

These figures show the popularity of mobile apps among users. To be in tandem with the fast-growing needs of users, industry geeks are getting inclined to adopting advanced technologies that can deliver full native performance, high-quality performance, flexible UI, and faster development.

Moreover, with the goal to save time and avoid platform issues, developers of mobile app development companies have started using the cross-platform frameworks which facilitates them to leverage app features anytime using a single code base.

If you are perplexing between which framework to choose for your upcoming assignment, this article covers everything to help you discover what is Google Flutter framework, its captivating features, and how can it help you create robust mobile apps.

What is Google Flutter?

“ A Portable UI Framework for mobile, expanding functionality to Web, Embedded, and Desktop to achieve “write once, run anywhere” dream.

Flutter has a thin layer of C/C++ code, yet, most of its systems are implemented in a  client-optimized programming language called Dart which developers can approach read, replace, or remove.

Dart was chosen as a language because it can be compiled:

As it provides great control over the system, this makes Google Flutter framework a powerful development technology.

On one side where it has come up as technological advancement ruling the app development industry, doing mobile SEO is seemingly the hottest trend for mobile search engine optimization companies as SEO of Flutter is posing a new challenge. However, besides any challenge, this is experiencing a huge tech adoption.

In a nutshell, Flutter is a way forward for mobile app development.

Owing to its impressive features, the Google Flutter framework is gaining momentum at a fast pace. Let’s throw some light on its essential features next.

The most important feature of Flutter is it allows programmers to create reactive styles without involving any Javascript bridge. Besides this, Flutter does not even use other tech stacks like HTML, C++, Swift, and more. It rather focuses on a single code that is used to produce IOS and Android app.

An interesting feature that makes Flutter unique as compared to other frameworks or libraries is that it has its own UI system which provides incredible capabilities.

Does, in any instance, your mobile app development team think of using an Android interface on an iOS app or wish for a unique interface that works the same for both android and iOS?

Well, Flutter is the answer.

Flutter takes an upper edge in terms of widgets too. It uses graphics engine Skia to perform all UI rendering on the application side.

Since Dart is written into native code, instead of accessing the OEM widget code, Flutter uses its own widgets. The makers of Flutter provided widgets that are a lookalike of the stock OEM widgets. This assures less intervention between the platform and the app.

Because Google Flutter framework is effective to provide reactive views without requiring a JavaScript bridge, this minimizes any performance issues and provides fast app startup times.

Flutter provides such easy functionality that once developers finish with the code, it renders on the screen and it refreshes easily. It does not try to dump the code down by drag and drop or XML interface.

Building apps in Flutter is undoubtedly a great experience however, if you are building apps that require device-specific functions then it is not a great option.

With over 2k apps running on Flutter, it has managed to gain enough popularity among huge brands. So, are you into adopting Flutter for your next-gen beautiful apps?

What’s your take on Flutter app development? Do share your views in comments. 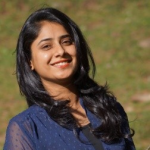