Who Wrote the Best Mobile Games in History? The mobile gaming industry is set to reach $100 billion in revenue in 2020, up from $86 billion the year prior. With billions of smartphone users worldwide, it’s not surprising that mobile games have become a lucrative market for developers.

Over the last decade, we’ve witnessed the release of some of the best and most popular games in history. Which titles made their mark in the history books?

With more than 250 million players worldwide, Fornite is arguably one of the most popular mobile games ever. Most gamers are familiar with this wildly popular title, but many don’t know the company or developer behind the game.

Epic Games is the company behind Fortnite. Tim Sweeney as its CEO.

Sweeney was gifted at coding from a young age. He dropped out of the University of Maryland when he was just one credit shy of graduating. After moving back in with his parents, Sweeney started what would become Epic Games.

His first game, ZZT, was released in 1991. At the time, customers sent checks to Sweeney’s parent’s home to receive copies of the game.

Sweeney sold thousands of copies of ZZT and then moved his operations to Cary, North Carolina, where it remains to this day.

After achieving success with subsequent game releases, Epic Games released what would become its most popular game: Fortnite Battle Royale.

In 2018, Pokémon GO generated an estimated $104 million in gross monthly revenue and had 147 million active players.

The wildly popular game was developed by Niantic, founded by John Hanke. Niantic was spun out of Google and is responsible for other popular games, including Ingress and Harry Potter: Wizards Unite.

Even though Pokémon GO exploded in popularity, the game did have serious hiccups when it was first released. These issues highlighted the importance of using games testing services like https://qawerk.com/services/game-testing-services/.

Although the game isn’t quite as popular as it was in 2016, Pokémon GO still has millions of active players.

One of the hottest games of 2013 and 2014, Clash of Clans had 100 million players at the peak of its popularity. Most mobile gamers are familiar with Clash of Clans, but who are the developers behind it?

Clash of Clans was developed by Supercell, a Finnish mobile game developer based in Helinski, Finland. The company created several other popular games, including Hay Day, Boom Beach, Brawl Stars, and Clash Royale.

Clash of Clans and Hay Day generated a combined revenue of $2.4 million in 2013.

With its addictive match-three puzzle model, Candy Crush Saga is an iconic mobile game that took the world by storm after its release in 2012.

The game, developed by King, started out as a Facebook and browser game but quickly became available on iOS and Android in app format.

The mobile game is still considered one of the first and most successful examples of a freemium model. At its peak of popularity, Candy Crush was generating $1 million per day.

What started out as a simple mobile game has grown into an entire franchise. Angry Birds, released in 2009, was developed by Rovio Entertainment, a Finnish company. It quickly took off and attracted millions of players. People loved the fun gameplay style, art, and low price.

The game’s producers include Harro Grönberg, Raine Mäki and Mikko Häkkinen, with Jaakko Iisalo as designer and Tuomo Lehtinen as programmer.

The first game in the Angry Birds series was released in 2009 on iOS. Since its debut, the game has been downloaded more than 300 million times.

PlayerUnknown’s Battlegrounds, better known as PUBG, was developed by PUBG Corporation, a unit of the South Korean developer Bluehole. The game, released in 2017, is based on the Japanese film Battle Royale.

PUBG was created under the direction of Brendan Greene and Tae-Seok Jang, with Chang-Han Kim as a producer.

By June 2018, PUBG had more than 400 million players in total, including mobile players. The game helped put the battle royale genre on the map, and now has several tournaments running each year. 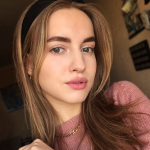