Today, Android continues to dominate iOS on a global scale. The user base of Android devices is much higher when compared to iOS, owing to its vast ecosystem of apps. As per an estimate, there are nearly 2.87 million apps available for download on the Google Play Store. Each app claims to offer its unique features to the users.

However, with that being said, the crashing rate of Android applications is much higher than iOS. Multiple Android users claim of apps crashing or freezing on their devices for some or the other reason. Whether you’re using a new phone or an old one, the issue of apps crashing or hanging on Android smartphones continues to create a sense of disgust amongst the users.

So if you’re one of those pondering about how to resolve crashing issues of Android apps, we have compiled a list of the top 10 tips that you can simply follow and ensure your Android apps don’t crash anymore.

Here’s our take on the top 10 tips for fixing the Android apps that crash or stop working on smartphones.

One of the many reasons behind the crashing of an app is the background activity on Android devices. At times, whenever you run a particular app on your smartphone, there are other multiple tasks that run in the background which create an incredible amount of toll on your phone’s memory, eventually leading to the crashing of the app. The best approach, in this case, is to reboot your device. This stops all background activities, allowing the app to run smoothly.

Virtually every Android app development company around the world today lays additional emphasis on keeping its apps running smoothly and brings timely updates for that purpose. Still, if an app doesn’t function properly on your smartphone and stops working, there’s a big chance you haven’t updated it. In that case, be sure to update your app from the Google Play Store.

Have a Stable Internet Connection

Android apps at times stop working or freeze on smartphones that have a poor internet connection. An ideal approach, in this case, is to switch to a reliable network connection. This usually happens with apps that are coded poorly or are heavy on storage. Take an example of a random Android app for instance. When running on a wifi network, the app works fine. But on switching to a 3G or 4G network, glitches are noticeable. In fact, some gaming apps don’t even run on a poor network connection.

We all have our favorite apps, right? Virtually every Android user around the world tends to use some particular apps more often. This leads to an increased amount of cache to load on the device. Hence, if an app stops working or freezes on a smartphone, clearing the cache is an option to resolve the issue. As per a survey, this is a complication that mostly arrives in social media and messaging apps that users around the world tend to use more.

Clear the Cache Partition of an App

Android users around the world often confuse cache and cache partition to be the same. However, that’s not the case. Cache partition is a temporary file or a set of files that get created for a particular app on your smartphone. These files generally lead to the slowing of an app and can be deleted for the app to function better. Importantly, clearing cache partition doesn’t lead to any data loss for an app.

One of the biggest concerns with Android smartphones, low storage space leads to consistent app crashes and force stops on Android devices. What users can do in this case is to clear the data or delete apps that are not needed in order to free up the storage space on the device.

Glitches in operating systems aren’t a new thing. As for Android, even the most minor bugs can cause major issues on an Android device. This eventually leads an app to crash or hang on devices. Hence, the most favorable approach is to keep the operating system updated. Users can switch on automatic updates on their Android devices.

Apps crashing or freezing on Android devices can also be due to the root system complications on the device. The best practice, in this case, is to seek professional assistance from experts who can help solve the internal root issues of the device completely.

Factory Reset is an Option

By following the above-mentioned tips and guidelines, users can ensure their apps don’t crash or resolve any existing app crashing issue with as much ease. If in case the issue continues to exist, you seek professional assistance and know the right tips to hire an Android app developer. All major Android manufacturing brands today have their service stations around the world that provide quality services to their customers, though at slightly higher prices.

So if you like this article or have any questions for us regarding the app crashing issue, let us know your thoughts in the comments section below or head over and read more of such articles. 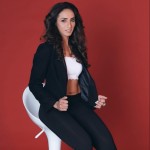